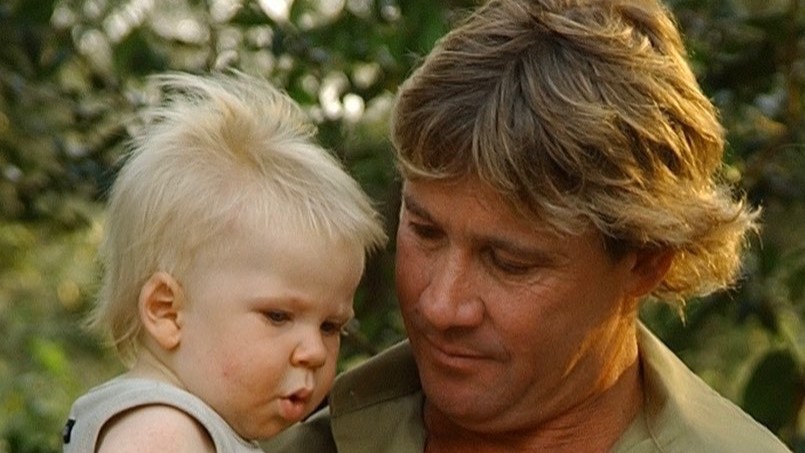 September 4 marked both Father’s day in Australia and as well as the sixteenth death anniversary of Steve Irwin, the famous ‘crocodile hunter’ star.

Steve died a tragic death in 2006 when he was stung by a stingray while shooting a wildlife documentary at the Great Barrier Reef.

At that time, Steve was just 44 years old, and this incident shook everyone.

On his death anniversary this year, his wife, Terri Irwin, and the children Robert and Bindi Irwin, Everyone posted heartfelt tributes to the Crocodile hunter star on social media for both occasions.

The 24-year-old Bindi Irwin also uploaded a vintage photo of her holding an infant alligator in her palms while wearing matching headlights with her Father.

Steve Irwin was sitting behind her with a large smile on his face.

Below the photo, she wrote, “Grandpa Crocodile, I know you would’ve been the most amazing grandfather since you were such an awesome father to me. “I want to thank you for being Grace’s wonderful guardian angel.”

A few weeks ago, Bindi also posted a heart-touching video of Grace Warrior, her daughter at the Australian Zoo showing her own love for her maternal grandparents.

“Tears in my eyes as I share this video,” she said on Instagram on August 25 with a film showing the little child approaching a mural with Steve, Terri, and a koala bear.

She is really fond of my parents and koalas. She looks for images of her grandparents on every trip to the Zoo, and it is beyond.

Bindi posted another memorial to her late Father earlier this year: an alligator tattoo on her inner forearm with the words “graceful warrior” next to it.

That’s how she got her name, “In January, Bindi posted to Instagram. I called her “our graceful warrior” from the very first time I held her in my arms.

It is an effort and symbol of our conservation efforts as Wildlife Warriors, and our beloved alligator Daisy is displayed next to these words. And the blooming of my stunning wedding ring.”

Robert Irwin, who was only two years old when Steve died, also shared a childhood picture of his Father holding him in one hand and flowers in the other.

He also wrote,’ It’s Father’s day in Australia today, and I am sending my love to all those who are missing their Father today.’

For more news articles, feel free to check out the USA Periodical.