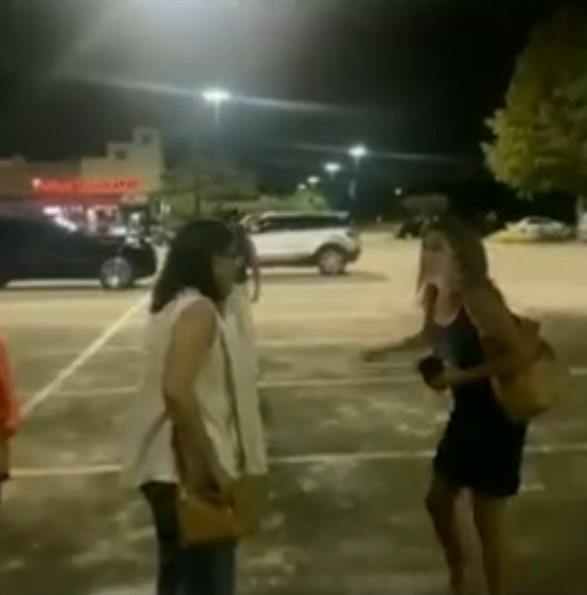 After a video of her harassing a group of four Indian-American women surfaced and went viral, prompting her to order them to return to India, police in Texas on Thursday detained the individual. In Texas, in a parking lot in Dallas, the incident happened on Wednesday night. The video shows the woman, who has since been detained, claiming to be of Mexican American descent while abusing many Indian Americans.

This is so scary. She actually had a gun and wanted to shoot because these Indian American women had accents while speaking English.

Disgusting. This awful woman needs to be prosecuted for a hate crime. pic.twitter.com/SNewEXRt3z

This threat video has been trending for the past few hours. She is agitated and says, “I despise you, Indian. All of these Indians immigrate to America in search of a better life.” In the video, the woman is clearly saying while repeatedly abusing the community. The video has since gone viral, shocking the whole Indian-American community all over America.

The individual who assaulted the four Indian women has been identified as Esmeralda Upton of Plano, the Mexican-American woman. According to the shared tweet by Plano Police in Texas, the woman has been arrested.

ASSAULT ARREST
On Thursday, August 25, 2022, at approximately 3:50 p.m., Plano Police Detectives arrested Esmeralda Upton of Plano on one charge of Assault Bodily Injury and one for Terroristic Threats and is being held on a total bond amount of $10,000. A jail photo is attached. pic.twitter.com/cEj9RwWdt1

One of the users shared this video mentioning that this incident happened in Dallas, Texas, after my mother and her three friends had gone out to dinner, according to the person who posted the video.

The user also captioned the video stating that she actually had a gun, and it’s very scary. After the arrest, she has now been charged with assault, terroristic threat, and bodily injury and has been charged with USD10,000.

For more news related to celebrities, influencers, and viral, visit our website www.usaperiodical.com