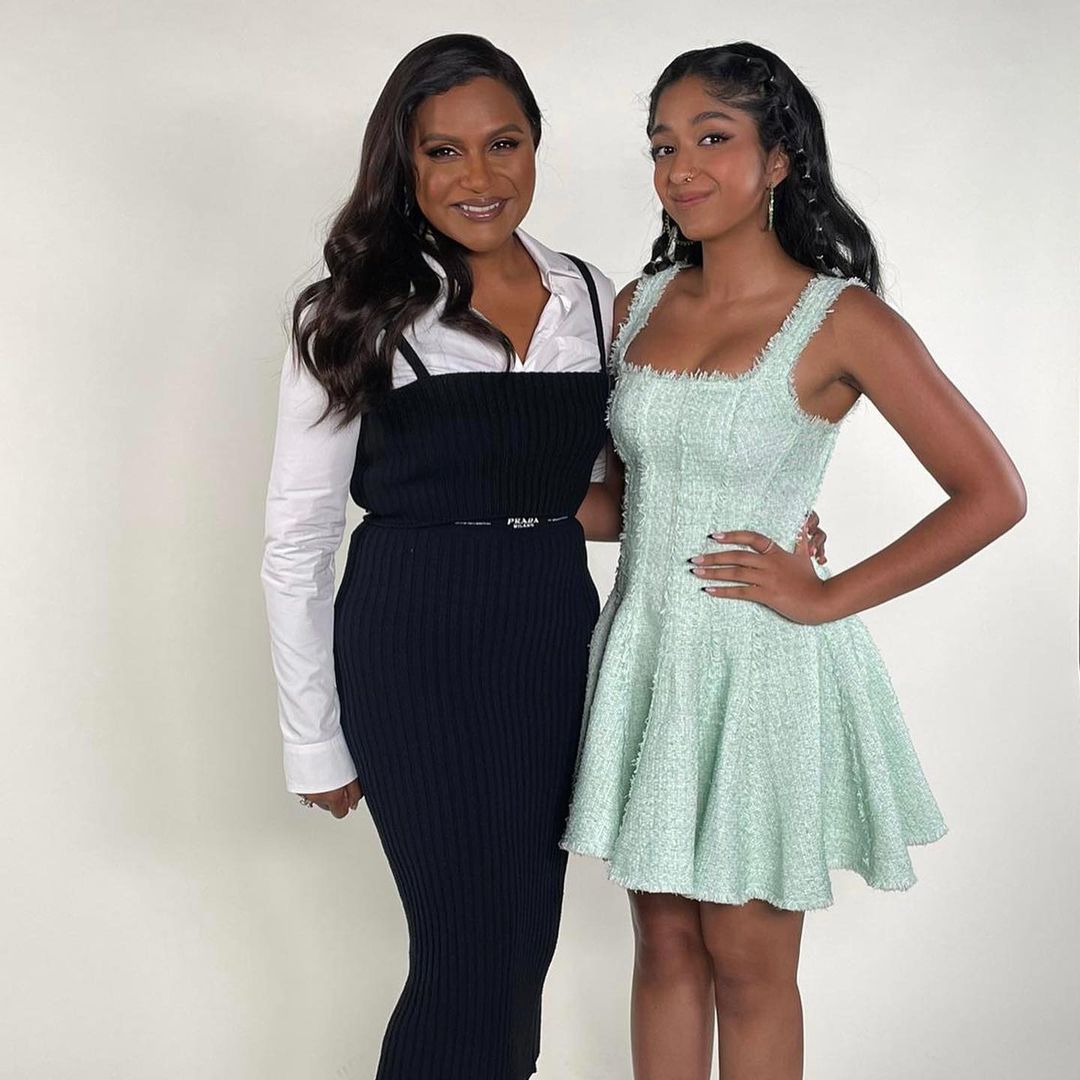 Netflix’s famous series Never Have I Ever has welcomed the third season of the show. The actors of the show recently appeared on the red carpet of the third season’s premiere in Los Angeles. The creator Mindy Kaling and the lead actress Maitreyi Ramakrishnan along with other cast members, appeared at the premiere.

Maitreyi Ramakrishnan, playing the role of Devi Vishwakumar, appeared with her on-screen love interests of the show, Darren Barnet and Jaren Lewinson. Even though these characters’ on-screen chemistry is out of this world, it was good to see a bit of their offscreen friendship as the three of them gathered for the premiere.

As per the report by Pinkvilla, Maitreyi Ramakrishnan, Jaren Lewinson, and Darren Barnet posed together on the red carpet while having fun and putting their best foot forward in terms of fashion. In one of the pictures, Darren and Jaren tenderly put a kiss on Maitreyi’s cheek at the premiere, bringing Devi’s love triangle to the red carpet. Besides these, Mindy Kaling, the show’s creator, and other celebrities, including Poorna Jagannathan, Richa Moorjani, and others, were also spotted at the premiere.

The act showed the love triangle of Devi Vishwakumar on screen. The show Never Have I Ever is based on the life of the modern-day first-generation Indian -American girl who is in her teenage years and facing everyday challenges of improving her status in school, as well as between friends and family. It is also said that the story has a resemblance to the childhood of the creator of the show Mindy Kaling and the series has been inspired by the same.

In the third season, Devi will eventually start dating Paxton Hall-Yoshida after picking him over Ben Gross in the season’s finale. In the last season, Devi struggled hard with her feelings, and it didn’t go easy on her. After struggling with her feelings, she made the decision to move on with Paxton. This season is going to be a full blast as the start of Devi’s senior year is also just around the corner, and with that, she also has a to-do list that she is going to complete this season.

A Crashed Plane that Caught Fire goes Viral in California