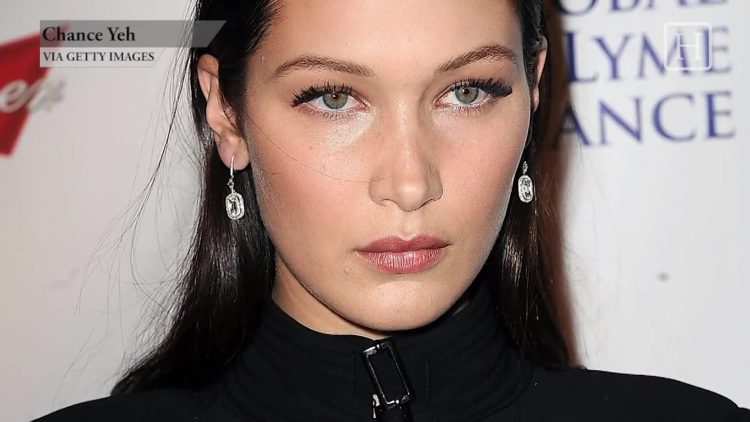 Talking to Vogue for the magazine’s April cover story, Bella illustrated her narrative of cosmetic treatments — and said why there’s just one she regrets.

On March 15, Tuesday, in an interview with Vogue, the runway star confirmed the rumour that she did have a nose job — at the age of 14 no less. “I wish I had kept the nose of my ancestors,” she expressed to the publication. “I think I would have grown into it.” Although the 25-year-old acknowledged a nose job, she rejected that she’s done anything else. People think I fully fucked with my face because of one picture of me as a teenager looking puffy,” Hadid said. “I’m pretty sure you don’t look the same now as you did at 13, right? I have never used filler. Let’s just put an end to that. I have no issue with it, but it’s not for me.” Hadid also disclosed to Vogue that she’s struggled with early comparisons to her older sister, Gigi Hadid, who’s also a model, ultimately impacted how she sees herself too.

As for her eyes and brows? She’s had no treatments done either. Instead, her snatched impression is the finding of a nice, old fashioned makeup hack. Hadid revealed, “Whoever thinks I’ve gotten my eyes lifted or whatever … It’s face tape! The oldest trick in the book,”. The model did however acknowledge that thinking about her appearance was a substantial role in her adolescence and influenced her entrance into the modelling industry, which her older sister Gigi Hadid was primarily doing.

“I’ve had this impostor syndrome where people made me feel like I didn’t deserve any of this,” Bella shared. “People always have something to say, but what I have to say is, I’ve always been misunderstood in my industry and by the people around me,” Hadid said.“I was the uglier sister. I was the brunette. I wasn’t as cool as Gigi, not as outgoing,” she said. “That’s really what people said about me. And unfortunately, when you get told things so many times, you just believe it.” I put on a very smiley face, or a very strong face. I always felt like I had something to prove,” she added. “People can say anything about how I look, about how I talk, about how I act. But in seven years I never missed a job, terminated a job, was late to a job. No one can ever say that I don’t work my ass off.”