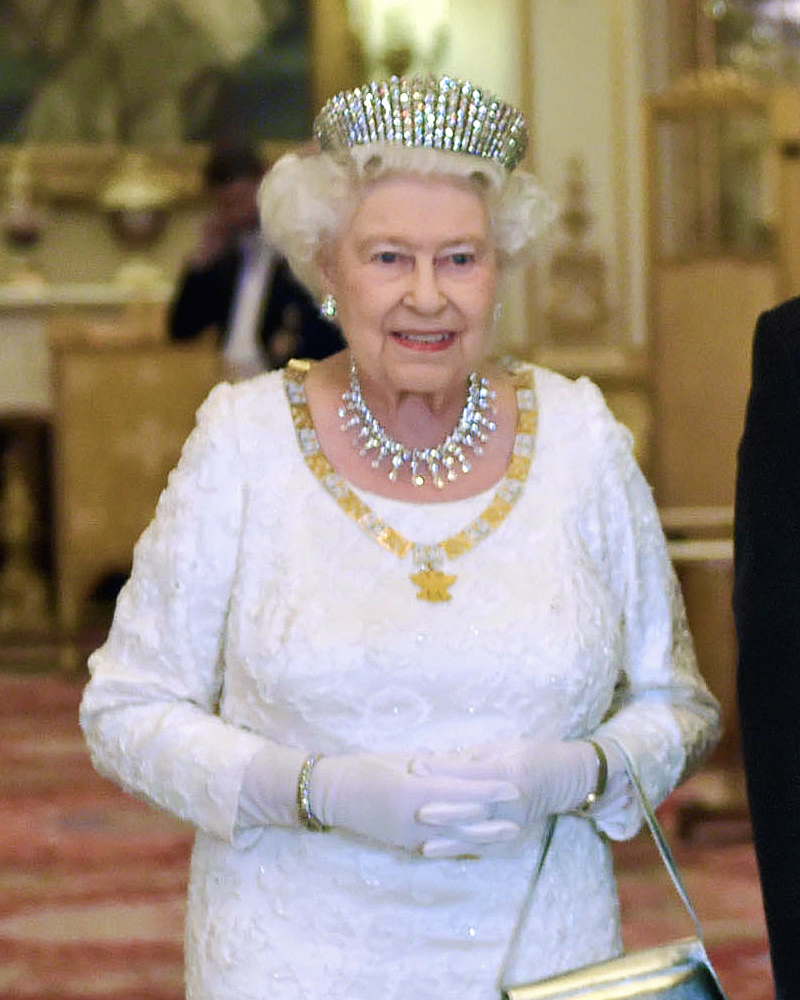 Ahead of the funeral of Queen Elizabeth II, the Royal Family has finally released her picture and the public is in awe.

In a tweet that was shared on Sunday, the last photograph of Queen Elizabeth II was shared with the public. According to the claims, this photography was clicked during the Platinum Jubilee of Queen Elizabeth II. Not only she is seen with a smile on her face but also in a blue lavish dress. In addition to this, she was also wearing a broach when clicked. The late queen who went for a bold lip color on her platinum jubilee completed the overall look with a pearl neckpiece and earrings that went with it.

“Ahead of Her Majesty The Queen’s State Funeral, a new photograph has been released. The photo was taken to mark Her Majesty’s Platinum Jubilee – the first British Monarch to reach this milestone,” the royal family tweeted via their official Twitter account. “Tomorrow, millions will come together to commemorate her remarkable life.”

Her Majesty was captured in a few exclusive photographs from Balmoral Castle, wherein she passed away just this month, before the Queen’s latest full image was made public. The king can be seen grinning in images captured on the premises while sitting on a chair and donning sunglasses. The royal wore a tartan skirt and a green coat. What occasion she was attending is unknown.

Days before she passed away, the queen was last seen in public pictures. After Elizabeth received British Prime Minister Boris Johnson’s resignation and elected Liz Truss as its replacement at Balmoral Castle, the queen created headlines.

Ahead of Her Majesty The Queen’s State Funeral, a new photograph has been released.

The photo was taken to mark Her Majesty’s Platinum Jubilee – the first British Monarch to reach this milestone.

Tomorrow, millions will come together to commemorate her remarkable life. pic.twitter.com/UyVfjVvJgw

The 96-year-old queen determined that didn’t want to make the time-consuming return trip to her residence in England, so she moved the ceremonies to Scotland rather than entertaining the crowd at Buckingham Palace.

The queen appeared in the pictures with a walking stick in one hand and extending her other hand to shake Truss’. She was dressed in a grey pullover and a plaid skirt. It really was difficult to determine then if the Queen had any serious illnesses.

The queen’s passing was officially announced by Buckingham Palace two days later, on September 8, after her close family had traveled to be with her during her last time.

“The Queen died peacefully at Balmoral this afternoon,” Buckingham Palace announced in a statement on Thursday. “The King and The Queen Consort will remain at Balmoral this evening and will return to London tomorrow.”

The claims have said that the funeral of Queen Elizabeth II will take place on 19th September, Monday. This will finally happen since her four days of lying-in-state have been completed in Westminster Hall. after her demise, and now that the final funeral is taking place, all her family members are mourning both in person and private.

Are you a sucker for news articles? USA Periodical is the website for you.