Fans are curious to know the cause of the model's unfortunate death. Are you? 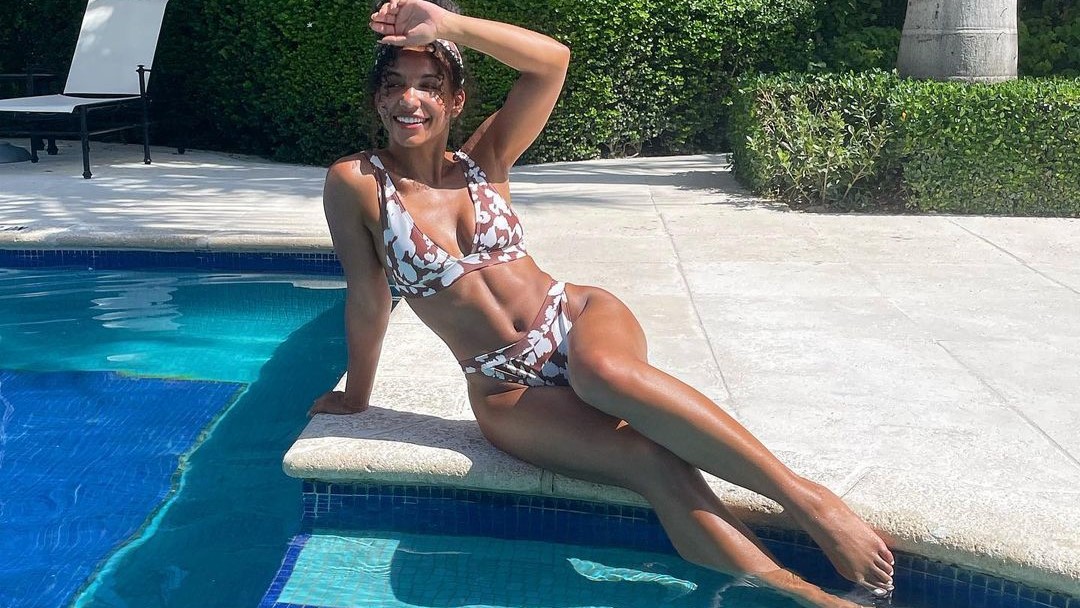 Cheslie Kryst was a beauty pageant winner, television correspondent, and model who lost her life to depression. She had an incredibly successful career filled with beautiful milestones.

This blog talks about her early life, career success, and personal life. Read along if you are interested to know more about her.

His Early Life and Education

Kryst was born in Jackson, Michigan. However, her family moved to North Carolina when she was little but eventually settled in South Carolina.

After that, Kryst joined Wake Forest University and received a Juris Doctor degree and a Master’s in Business Administration.

Cheslie Kryst was born to an African-American mother and a Polish-American father in Michigan, USA.

Therefore, according to this information, Kryst holds American nationality. Apart from that, she also represented the country at the 2019 Miss Universe and even made it to the top ten.

As discussed above, Cheslie earned several degrees and was highly educated. After completing her studies, Kryst received a license to practice law in North as well as South Carolina. Thus, she began her career with Poyner Spruill LLP as an attorney.

Moreover, she was a fashion enthusiast and ran a blog sharing outfit inspirations for women working in white-collar jobs.

Other than that, Cheslie Kryst also pursued a career in pageantry during her teenage years. Besides, she won two competitions at her school, which added more to her confidence. After taking a break from pageantry, Kryst participated twice in the Miss North Carolina competition.

In addition to that, the diva also participated in Miss North Carolina USA twice and won the title on the second attempt. After winning the competition, she represented North Carolina in the 2019 Miss USA competition and won that as well. Moreover, Kryst became the oldest woman to be crowned Miss USA.

Additionally, Kryst took a break from her law career and represented the USA in the Miss Universe 2019. Even though she did not win the competition, she made a prominent mark with her costume.

Moreover, the beauty broke another record and became the longest-reigning Miss USA titleholder and kept fulfilling her pageantry duties for 557 days.

In 2019, Kryst started working as a news correspondent for Extra. Additionally, she was nominated for two Daytime Emmy Awards for her contribution.

Her Family and Biography

Cheslie Kryst comes from a mixed ethnicity. While her mother is half African-half American, her dad is Polish-American. The family has lived in Michigan, North Carolina, and South Carolina.

Additionally, her mother, April Simpkins, competed in Mrs. North Carolina US when she was a child and even won the title.

Talking about Kryst’s siblings, the former Miss USA grew up alongside four brothers and a sister.

Cheslie’s death left her loved ones and fans in shock when the thirty-year-old model jumped from the 60th story of a building in Manhattan where she lived. The incident took place on 30 January 2022 at 7 am.

The following day, it was confirmed that Kyrst had lost her life to suicide. Additionally, no foul play was ruled out.

Just months after Cheslie’s death, her mother, April, appeared on Red Table Talk, where she revealed that she was struggling with depression and had previously attempted to take her life.

Several beauty pageants, including Harnaaz Sandhu, mourned her death and shared her picture on their social media accounts.

Cheslie Kryst was an incredibly hard-working woman. She studied at some of the top institutions in the US and pursued a career of her choice. In addition, she also won several pageant competitions and attained a lot of success as a model and news correspondent.

Due to the same reason, Cheslie has made a significant amount of money throughout her career. It is estimated that Chelsie Kryst’s net worth is between $2-$5 million. However, it has not been confirmed officially.

Her Husband and Relationship Status

Throughout her career, Cheslie gained a lot of love from people all over the world. She was beautiful, successful, and highly talented. Kryst was considered an inspiration for young girls who wanted to pursue modeling and beauty pageantry careers.

While there is a lot of information about her professional life, she has kept her personal life under wraps. However, we know that she was never married. Additionally, there is no information regarding the men she has dated.

As someone always in the public eye, Cheslie Kryst has a staggering social media presence. Her Instagram account has 620K followers.

In fact, she posted her last picture on this platform just hours before jumping from the building she was residing in.

Apart from that, the beauty paegent was also pretty active on Facebook and posted there regularly.

Cheslie, a woman of color who made it big on a worldwide platform, was an inspiration to many. However, her sudden demise came out as a shock to the people who knew her closely.

Kryst’s story reminds us of Cyrus Baxter, who also died under unfortunate circumstances.