It raised questions about the reality star's well-being when she went offline for several weeks. 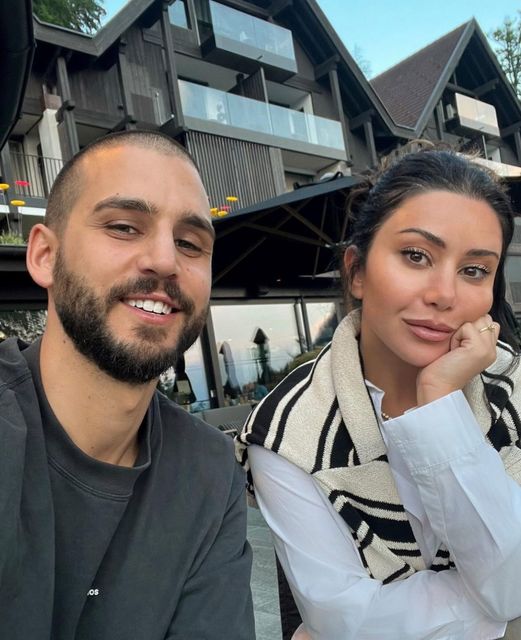 Star of the reality show Married At First Sight Martha Kalifatidis has recently announced she is expecting her first child with fiancé Michael Brunelli.

The happy couple, who both met each other on the popular dating program in 2019, announced their good news on Instagram on Monday. Martha explained that she had been away from social media because of the severe illness Hyperemesis Gravidarum.

The duo said they had to hold off on announcing their good news until Martha felt better and reached a secure point in her pregnancy.

According to the couple, they further stated that Martha contracted a viral infection in Europe and was confined to a bed for several weeks.

After having to shorten their trip due to Martha’s illness, the duo just made their way back to Australia.

Martha mentioned that she lost ten kilograms in five weeks while battling a severe illness.

The reality personality claimed that as a result, she was unable to eat, drink, or even get out of bed. Martha continued by expressing that a Melbourne doctor she saw had helped her feel better. After receiving “life-changing” medication to treat severe nausea, Martha told fans that she is now feeling better.

They fell in love on Married At First Sight in 2019, and their romance has since gotten stronger and stronger. They acknowledged they weren’t each other’s type when they initially met at the altar in a recent, uncensored interview with Stellar.

The delighted pair revealed their engagement in December by posting a picture of Martha’s sparkling diamond engagement ring. British viewers fell in love with Michael and Martha when the third national lockdown of the 2019 series was held in the UK.

It returned the attention to the celebrities who first experienced popularity in Australia two years prior. After the series ended, however, Martha began to feel the effects of her sudden popularity, calling the situation “traumatic”.

These days, Martha and Michael film, edit, and produce each other’s work as influencers.

The couple’s sponsored fashion and cosmetics blogs, workout videos, culinary instructions, and other branded content—the majority of which is produced from the comfort of their Sydney home—are how they make their full-time living.

According to Martha, who spoke to Daily Mail Australia last year, she never imagined that creating sponsored posts from home would lead to a full-time career and expressed astonishment at how lucrative it is. Even though Martha kept the precise sum she charges for sponsored content secret, it’s assumed that she can earn up to $3,000 for a single sponsored selfie.