She has already completed her 1000 game points!!! 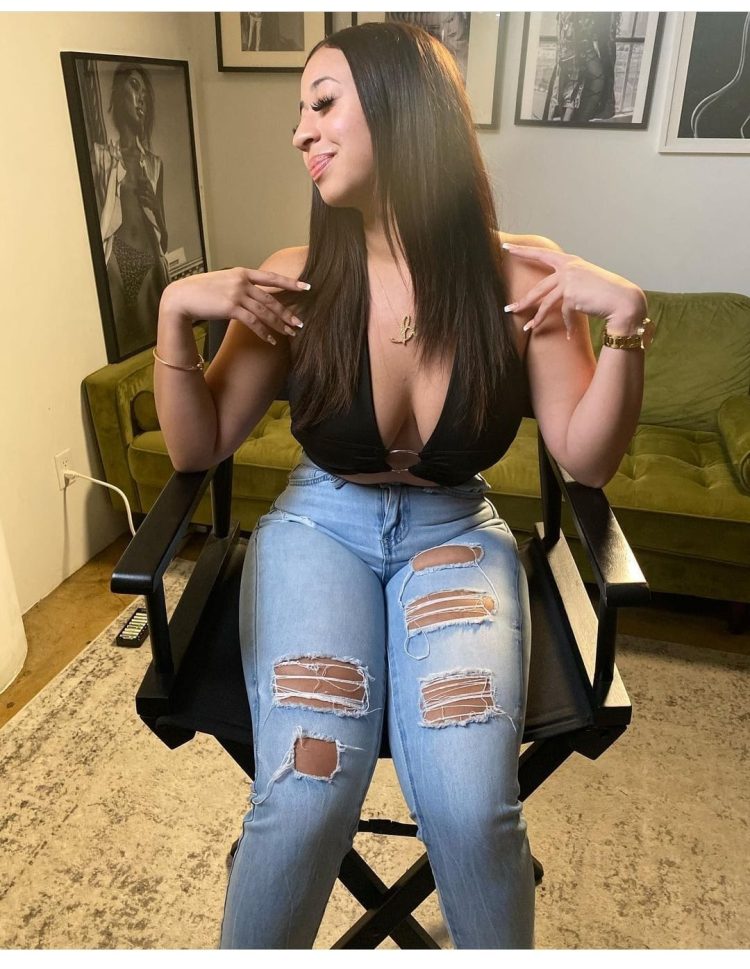 Jaden Newman’s signature move is a 3 pointer shot from the baseline or pivot position(A term used in basketball). Her workout routine is really intense. In this article, we will through some light on Jaden Newman.

Julian Newman, his brother, and Jaden share an unbreakable bond. Jaden says that they are closer than before after they started playing basketball together.

American tv personality and sports star Jaden Newman was a very bright student at school but she had her focus locked on her passion, Basketball. She is only 17 years old and was born on 13th June 2004.

Jaden Newman had a good childhood and she spent her childhood with her parents, where she watched her father play football with his friends. At that time Julian Newman started taking interest in basketball.

At the age of 5, she was filmed while playing basketball in her backyard and that video went viral instantly. Jaden Newman was seen performing some advanced basketball drills which were very difficult for a 5 year old to perform.

Naturally, after the video went viral, sports experts from various channels and radio stations acknowledged that she will grow up to be one of the biggest basketball players.

Jaden Newman was very bright in school, but she was always focused on her career and decided to become a professional basketball player just like her father. Jaden’s dream was to play in the WNBA, she recently uploaded a video announcing that she is reading to rock in the WNBA.

Newman’s interest in basketball deepened when she played in a school-level tournament. Her father Jamie Newman was the head coach of that school. After this, she started playing basketball more seriously, it was not just a game for her anymore.

You read that right, it is not just the men that become perfect by practicing and Jaden Newman knew this for a fact. Jaden, along with his brother Julian is the youngest male and female athlete and siblings to surpass 1000 points at the varsity prep level.

Their father has always coached them rigorously, but not in a cruel and bad way, he did what had to be done. Their father Jamie Newman was always their coach and had coached them since 2012.  He was their high school basketball coach too.

The family is also associated with the sports apparel brand, Prodigy. Only at the age of 16, she has been in the media’s eyes for quite a while now, and people will support and criticize every move of her on a large scale.

Jaden Newman, the beast on the court, had a knack for basketball from the very beginning. She had always seen her father coach her friends and classmates. Naturally, she was drawn to this beautiful game.

Her parents, Jamie Gonzalez and Vivian Gonzalez are of Jewish and Puerto Rican descent.  Moreover, she also has a brother named, Julian Newman, a 19-year-old famous basketball player. Jamie completed his schooling at the Colonial High School in Orlando. In addition, he was also a part of the basketball team. Jamie used to play as a point guard.

Later, he joined the same school named Downey Christian School as a history teacher where his kids used to study

After that, he decided to explore his boundaries a little and joined the navy where he served his country for four long years.  Then, he started working at the United States Postal Service. At present, his beautiful family stays in Orlando, Florida.

Jaden got the opportunity to prove herself at a very young age. NCAA Divison I Program, University of Miami recognized her potential and gave her an offer which she accepts. Unfortunately, most of the information about her schooling and early life is still kept confidential.

The Newman family has not only one gem but two. Jaden’s sibling Julian Newman, born on September 6, 2001, is also a basketball player like her sister and has been doing really great.  He came to attention when he started uploading his skills and highlights on YouTube.

He was a member of the  Downey Christian School basketball team  and was playing under the nickname of  “child prodigy.” Unfortunately, the critics didn’t take it in a positive way and considered it a marketing trick.

Apart from that, he is considered a great potential NBA player. To keep up with that, he follows an intense workout and training routine and focuses on improving his skills.

Jaden Newman is an upcoming Basketball star and a WBNA player. She has been training since she was 5 years old. Her father Jamie Newman had always been her coach. Jaden Newman has an elder brother Julian Newman who is also an amateur basketball player.

Jaden and Julian both have completed their 1000 career points and have an average score of 30.5 per match, which is very good considering their age. Her source of inspiration is Koby Bryant, the basketball legend who recently passed away.

The data used in the above article is a work of research and analysis. The factual information shared in this article is not claimed by us. Information keeps changing, try to do your own research before reaching a conclusion.

Justin Hakuta: His Family, Biography, and Net Worth