by Dianna Norman
in Sports
0 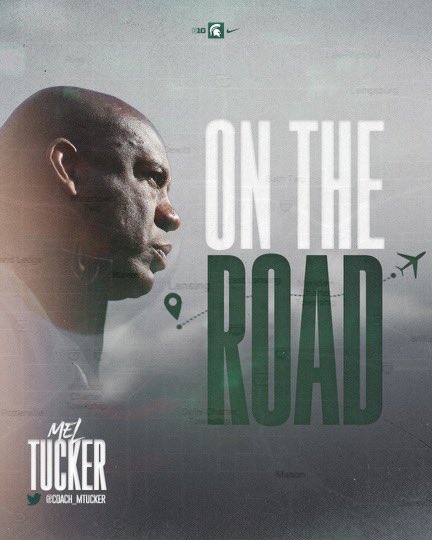 Mel Tucker, the State football coach of Michigan, had to suspend four Michigan state players on Sunday after the tuff altercation in the locker room tunnel with two Michigan players, as stated by USA Today.

The altercation happened a day earlier. The four players had fought with the Michigan players Ja’Den McBurrows and Gemon Green. The battle happened after MSU lost their game on Saturday.

Tucker’s statement points out MSU’s core values which include integrity, toughness, unselfishness, discipline, and accountability, to be the prime concern of Michigan State University (MSU).

He said that after going through the electronic evidence of the altercation in the locker room tunnel on October 29, 2022, he decided to suspend the four players.

He added that the suspension will continue to be effective until and unless a proper investigation is done into the incident.

Tucker promised that health, condition, and safety is the prime concern of the students, and they will never compromise their students’ health for anything that is done wrongly.

He also said that when they wear the white and green state jersey, they are also not compromising on the integrity and discipline of the community. They will, by any means, serve justice to the players and student-athletes.

It has been captured by one of the news channels how one Michigan player was poorly kicked on the grounds after the game was over by an unidentified Michigan State player. Two incidents of that day have been recorded, and the following incident shown on record was more terrific and extreme.

The second recorded video shows more violence as helmets were swung and thrown toward a Wolverine player.

The whole incident was terrifying for the players being attacked after losing the opponent team in the match.

Jim Harbaugh, also the Michigan Coach, said the fight was nasty and unfair. He said he could see ten players on one player during the ugly fight after the match, which was too bad.

He even said that one of the players suffered a severe nasal injury due to the altercation but has not disclosed any name as to who is responsible for the act and has decided to stay quiet about the matter. Michigan Stadium has had only one exit to the stadium’s locker rooms since it opened in 1927.

It has also been cleared that the team visiting the Michigan Stadium was the first team to enter the locker room tunnel while Michigan was following. However, it was spotted that the unidentified player was the one in the tunnel while the other teams were busy celebrating on the ground.