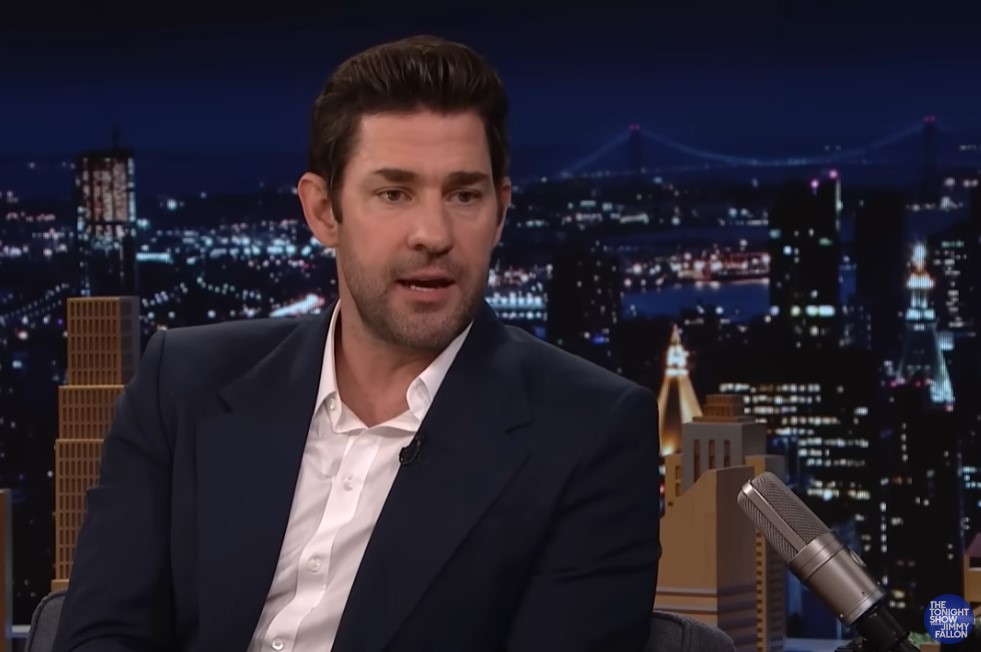 As per the report by Pinkvilla, people are speculating about Krasinski’s plans with Marvel after hearing about his most recent cameo in the Marvel sequel. After the movie came out, Krasinski was free to discuss his appearance as Mister Fantastic in the film.

According to People, Krasinski acknowledged that this role was a big moment for him. Fallon used the opportunity to question whether there was a chance that he may participate in the recently released Fantastic Four film. Despite responding to the fact, John gave an awkward laugh and left everything under speculation. However, he said that Marvel Studios did not tell anything to the actors by the time shooting started.

Furthermore, the host, Jimmy, mentioned the gossip that his wife, Emily Blunt, might be playing the role of Susan Storm in the Fantastic Four movie. Fans were as clueless as ever after Krasinski’s short response on this topic.

Jimmy brought up the fans’ opinions that Jim from The Office was truly the show’s antagonist throughout the conversation. After hearing the viewpoint, Krasinski remarked on portraying a supervillain. Then he quipped about doing Fantastic Four to balance his earlier role as a villain. Later, Fallon dismissed the viewpoint after Krasinski’s humorous response.