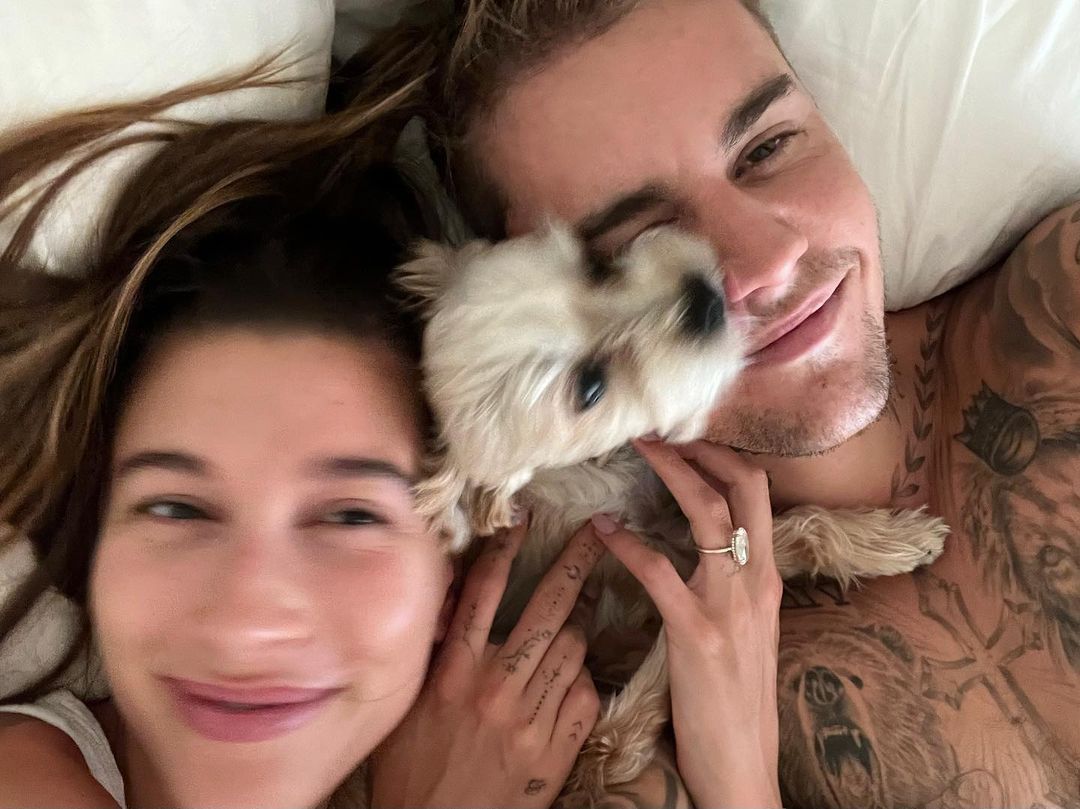 Singer Justin Bieber shared a new post on his Instagram account with his wife Hailey Bieber and pet Esther. He posted a joyful and adorable picture in which all three are lying on a bed and greeting the whole world with warmth.

A few months ago, Justin Bieber was diagnosed with Ramsay Hunt Syndrome, due to which he was on a month-long break from work. A few weeks before, he shared a video about his medical condition on his social media, due to which he canceled all his shows.

For those who are unaware of what exactly is Ramsay Hunt Syndrome, it is a condition in which a viral infection of Shingles affects the facial nerve near the ear and results in partial paralysis of the face. It is a severe infection that causes the facial nerve to become irritated and inflamed; the same virus that leads to chickenpox is the cause of Shingles.

After fighting his condition, Justin Bieber is back on track and started his Justice tour, which was postponed because of his facial paralysis. The music sensation has restarted his tour by performing at the Lucca Summer Festival in Italy from July 31.

Bieber also posted about resuming his Justice tour on Instagram, where he addressed the audience and said that everyone is the same. He stated that everyone in his event was present to make a difference and showed gratitude to every person for being a part of his Justice Tour.

What disease does John Madden have? Cause of his death, Career, & Early days