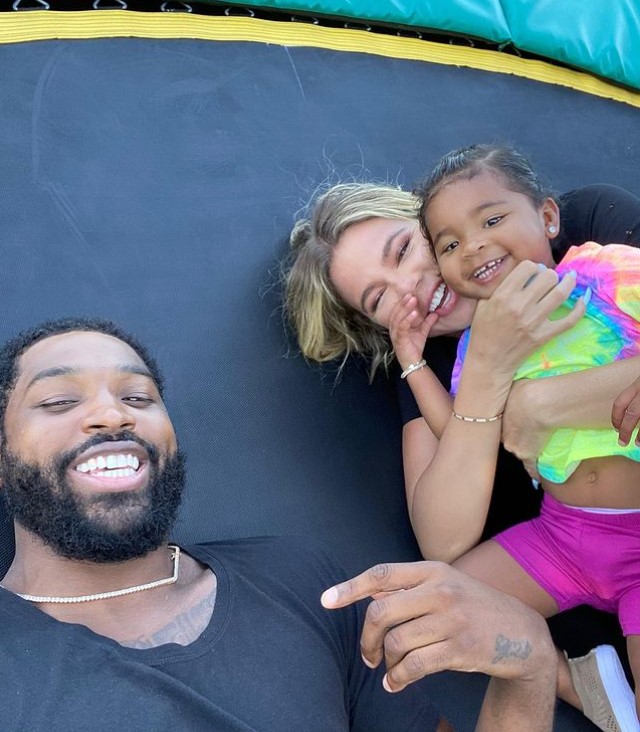 Khloe Kardashian and her ex Tristan Thompson announced that their first daughter True is about to get a sibling soon. A representative of Khloe mentioned that she is expecting another child via surrogate.

Khloe Kardashian is going to be a mother of two kids, and she is extremely grateful to the Surrogate mother for this wonderful blessing. The representative of Khloe said that Khloe would like to seek kindness and privacy so that she can focus on her family.

The decision made by Khloe Kardashian and ex Tristan Thompson does not mean that the couple is together. They are simply in touch with each other due to the matters of co-parenting.

Khloe and Tristan ended their relationship officially in January when it was discovered that the Canadian-American NBA player had already fathered another child with Maralee Nicholas in December. As per the source of People, Khloe does not know at the time of conception of the baby. Although the duo had remained in an on-and-off relationship since 2016, they were together during the time of conception with Maralee Nicholas.

Tristan Thompson is the father to the three children and is now welcoming another child with Khloe Kardashian through the procedure of surrogacy. It was already aired on one of the episodes of the Kardashians that Khloe might be opting for another baby as she would be at high -risk if she chose to carry her second baby.