It seems that the duo is already preparing their home for the newest member of their family. 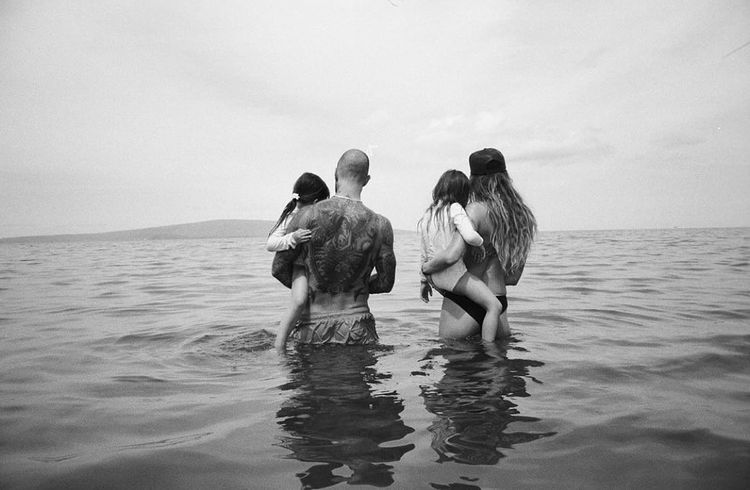 According to PEOPLE who confirmed, Adam Levine and Behati Prinsloo are expecting their third child.

While on vacation with her husband and daughters in Hawaii, Prinsloo flaunted her growing baby bump. The Victoria’s Secret model sought to blend in a navy blue bikini, a brown bucket hat, and white sunglasses.

The former Victoria’s Secret Angel was spotted out to lunch with her longtime husband Adam Levine on Saturday in Santa Barbara, proudly flaunting a growing baby bump in a silk floral outfit.

Behati wore a black bikini top underneath a long, blue sundress with spaghetti straps and a multicolored floral pattern. She added black flip-flops, a high bun with some of her blonde hair cascading down the back of her neck, sunglasses, and some jewelry.

Adam had an equally appealing appearance with black shorts, a pink t-shirt, and white sandals. Sunglasses and dark nail lacquer were additional accessories he added to his ensemble. The couple, who appeared to be at ease and content, were walking side by side outside while holding cool drinks in their hands.

It’s well-known that Adam and Behati are one of the loveliest couples, and the two have previously posted gorgeous family images on social media.

Behati Prinsloo and Adam Levine have been wed since 2014. The couple’s relationship was established in 2012 when they made their first public appearance together at the GQ Gentlemen’s Ball in New York City. Following a brief split, the pair reconnected and announced their engagement in July 2013.

The “Maroon 5” singer Adam and Behati are already parents to beautiful daughters, Gio Grace, who is four years old, and Dusty Rose,who is five years old.

With the exception of the occasional appearance on each of their own Instagrams, the duo, who were married in 2014, has sought to keep their two young kids out of the spotlight.

When she intended to have a large family with five children, the model earlier expressed her desire to rediscover motherhood.

The $52 million California mansion belonging to Rob Lowe was bought by the singer and Namibian model back in April, and it provides ample room for the eventual family of five.