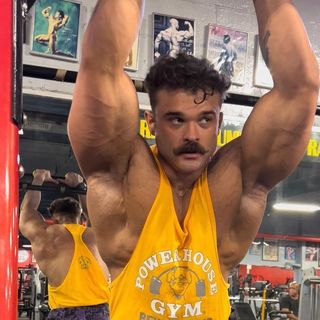 A resident and fitness coach of the United States is going viral because of his resemblance to the very famous Bollywood actor Anil Kapoor. John Effer shared a post on his Instagram account stating that he is waiting for that one Bollywood call, further asking, where is everyone now? He later said that Anil Kapoor is a great actor; his father told him that.

Anil Kapoor is a very famous name in the Bollywood Industry. Not only is he famous for his acting skills, but he has also been known because of his looks worldwide. He is 65 years old, but his personality and looks are completely opposite to his age. He just looks in his mid or late forties from his face.

Surprisingly, a citizen of the United States named John Effer, who seems to be a doppelganger of Anil Kapoor, opens up about his love for the actor. John has 87.4K followers on his Instagram handle @johneffer. Moreover, he also speaks Hindi, as he responded to some of the comments in Hindi.

John uploaded the video two days ago, and it is getting viral immensely, reaching netizens from all around the globe. Many interesting comments have been seen on his post. At the same time, someone asked if he was an Indian. Another user commented that he literally thought of him as Anil Kapoor for once. As per one of the comments, “Now we nee biography on Anil Kapoor, and you should be the younger Anil shouting “Jhakaas” everywhere .” One comment reads, “Anil Kapoor spotted with a clean hairless chest for the first time,” another one said, “I’m so confused. Who’s the Hottest??”

In this post, the public responded in a hilarious way, commenting differently. People from all around the world are surprised by the look of John Effer. John Effer is a public figure in the United States who is well trained in bodybuilding and Diet coach, also offering services and training plans to maintain the perfect physique. He looks exactly like Anil Kapoor, and fans and viewers from all over the world have been waiting for Anil Kapoor’s reaction after seeing his doppelganger.

For more information related to celebrity, viral, and entertainment, visit our website, www.usaperiodical.com.