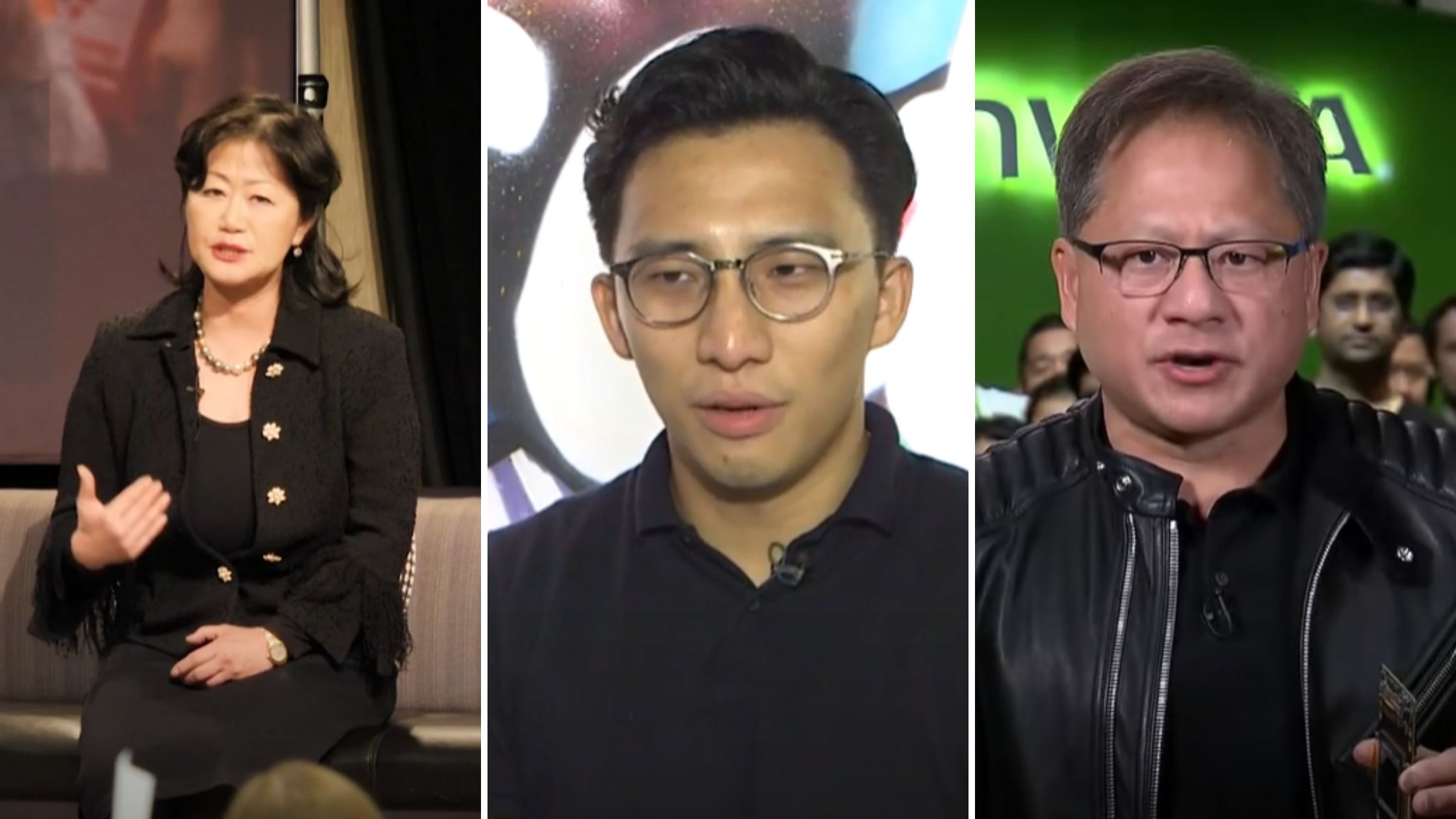 Establishing and running successful businesses require a visionary approach along with a creative mindset. Moreover, entrepreneurs need to consider changing economic scenarios and financial uncertainty while working on their ventures.

Alongside this, they need to keep in mind language barriers and cultural differences while executing their tasks. Reading about the top Asian entrepreneurs and their startups will teach you a lot about entrepreneurship. So, without further ado, let’s dive into the detail of this topic.

When it comes to implementing a startup idea, a person needs to have guts and courage that surpass all odds on his path. Besides, it is a clear vision that one requires to execute his business idea successfully.

Fortunately, there are many entrepreneurs existing today who impress everyone with their unique startup ventures. And these startups span different industries like social media, beauty, blockchain, etc.

Zong Qinghou is the name behind the food and beverage company, Hangzhou Wahaha Group. He is one of the successful Chinese entrepreneurs inspiring youth to pursue entrepreneurship.

His firm, Hangzhou Wahaha Group, initially came into existence as a small shop located in a children’s school in Hangzhou city of China. Using his strong entrepreneurial mindset, Zong Qinghou has helped the company grow like a pro in many ways.

Today, his company sells major products such as bottled water and tea drinks. Owing to their high quality, these food & beverage products enjoy great demand among people in Asia.

As of March 2022, Zong Qinghou enjoys a net worth of $8.7 billion. As a result, he is counted amongst the successful Asian entrepreneurs across the globe.

You all have heard of Bitcoin, haven’t you? Do you know who is the man behind this powerful cryptocurrency? Well, Bitcoin was introduced by an anonymous group which is represented by the Japanese personality, Satoshi Nakamoto.

After its introduction in 2008, Bitcoin has witnessed immense growth due to the power of the internet. As of today, the decentralized network enjoys more than US$54 billion worth. Clearly, Satoshi Nakamoto’s strong entrepreneurial mindset has made him stand among the top Asian entrepreneurs of the digital world.

Chairman of SM Prime Holdings, Inc., Henry Sy, Sr. has impressed everyone with his entrepreneurial activities in multiple sectors. Today, the Chinese-Filipino entrepreneur wears many hats. Apart from being a business personality, he is known as an investor and philanthropist.

That’s why he has managed to establish his corporation SM Prime Holdings, Inc., successfully. As per Forbes’ lists, Henry Sy Sr. enjoyed the fame of being the richest person in the Philippines for 11 consecutive years.

And he had a whooping net worth of $18.3 billion in 2018. It is what makes him stand out as one of the richest and top Asian entrepreneurs.

Have you ever wondered how Yahoo came into the existence? Well, Jerry Yang created Yahoo after giving up on his engineering doctoral program at Stanford University.

His vision helped people enjoy the internet and its benefits. After leaving the company’s board of directors in 2012, he shifted his focus to launching AME Cloud Ventures. Through this investment company, he aims to support data-driven business ventures.

In a fit to implement his idea to establish graphics-based workstations, Vinod Khosla teamed up with his fellow students. He wanted to offer support to office automation, robotics, and computer-aided design.

It started his journey to become one of the most successful Asian entrepreneurs in history. Post his leadership stint, Vinod Khosla started being a venture capitalist.

Apart from backing the company Nexgen, he also offered a helping hand in Juniper Networks’ launch in the router market. Indian-born entrepreneur, Vinod Khosla came up with Khosla Ventures in 2004 to yield an effect on social impact.

Due to his visionary approach, Vinod Khosla’s net worth enjoys a high value. And it stands at $6.1 Billion as of July 30, 2022.

Sun Hongbin is another name on the list of successful Asian entrepreneurs of today’s time. He is the name behind the Chinese real estate firm, Sunac China Holdings.

His firm does the financing of real estates such as exotic residential properties, theme parks, and resorts. Despite his struggling phase, Sun Hongbin is excelling well with the growth of Sunac.

As of today, the firm is counted as one of the biggest real estate businesses in China. And it puts Sun Hongbin’s net worth around $2.5 billion on July 30, 2022, states Forbes.

Bose has released a benchmark statement in the world of audio speakers and headphones. Its superb quality home audio speakers and its fine noise-canceling headphones have impressed buyers. And it is due to the strong vision of Amar Bose, one of the successful Asian entrepreneurs.

Indian-American entrepreneur, Amar Bose, established the company in 1964. Do you know the reason for its founding? Well, it was Amar’s dissatisfaction with speaker systems available in the market.

So, he took the decision to introduce amazing speakers at a live event. Today, Bose amounts to US$ 4 billion worth and it is excelling seamlessly due to the efforts of Amar Bose.

Indeed, creating such a useful platform in the world of advertising and marketing is a great achievement. And it shows the deep thinking of Melanie Perkins. That’s what makes her land on the list of the best Asian entrepreneurs in the digital age.

Haven’t you heard of Wesley Ng? If not, we must tell you that he is the founder of the customizable phone case brand, Casetify. With his strong vision, Casetify has emerged as the leading company in this area.

Hong Kong resident, Wesley Ng, established the company after decoding a chance to grow in the gadget and accessory market. Since its introduction, Casetify has grown greatly due to its excellent products. As a result, it has collaborated with many popular brands such as NBA, Line Friends, and more.

Clubhouse is a great app in the world of social networking to help people connect with each other. Other than this, it also allows for sharing stories, suggestions, and other vital subjects openly.

Entrepreneurs Rohan Seth and Paul Davison are the names behind the introduction of this app in the market. Asian entrepreneur, Rohan Seth, has introduced this invite-only app for iPhone users.

In today’s health-conscious environment, fitness trackers have seen a boom in their demand. That’s what James Park realized when he thought of releasing a wearable tool, Fitbit, into the market.

It is an effective HealthTech tool that helps a person know about the number of steps and many health parameters. James Park, one of the talented Asian American business leaders, along with Eric Friedman, introduced the health-tech gadget in 2007.

With its introduction, people started keeping a track of their health more effectively. As a result, the company’s share saw a hike in its overall revenue.

Among all Asian entrepreneurs, James Park has set an example of taking advantage of technology and innovation to improve people’s health.

Glametic, an e-Commerce company, is the outcome of the hard work and vision of Ann McFerran. Her ability to carve out the path to introduce a magnetic eyeliner makes her one of the most successful Asian American entrepreneurs.

Ann McFerran started out as a struggling artist but she worked hard to make her place in Forbes 30 Under 30 collection. Indeed, she has completely ended the false eyelash struggle. To introduce magnetic lashes, she carried out a lot of research on this subject.

Their beauty & skincare product aims to give users clear skin with a natural glow. Both Sarah Lee & Christine Chang have managed to provide people with what they need to get glowy skin.

We can bet that almost everyone has used LinkedIn, which is a great social site for business professionals to connect. Through this great social network, one could easily share and learn new ideas comfortably.

Both Eric Ly and Reid Hoffman co-founded LinkedIn in 2002. In 2016, Microsoft acquired LinkedIn by settling a business deal of US$ 26.2 billion. Now, it is growing incessantly and it has a user base of over 400 million globally.

Eric Ly’s entrepreneurial journey didn’t end after co-founding LinkedIn. And he also co-founded the platforms. KarmaCheck and Hub. And it is what makes him different and places him on the list of famous Asian entrepreneurs of today’s time.

Shi International has made its place in the IT industry by acting as a provider for more than 20,000 companies. Companies like Boeing and AT&T are also covered in this list.

Thai Lee has established this firm and it has helped her get counted among the successful Asian American entrepreneurs. In fact, she is owning the largest business in the US.

The IT company invests its efforts in developing a new DaaS, PCaas, and SaaS system. Undoubtedly, she is one of the richest and most famous female Asian entrepreneurs of today’s time.

Almost everyone desires of using a good graphic card to improve their PC graphics. By using an NVIDIA graphics card, it is possible to obtain a great gaming experience.

Jensen Huang is one of the popular Asian entrepreneurs who have helped people use advanced computer graphics. With the use of innovative technology, he introduced graphics processing units that are quite useful in multiple areas.

Well, Jensen Huang invested a lot of effort to work on LSI Logic as well as Advanced Micro Devices. And it eventually lead him to found NVIDIA in 1993. Due to his achievements, he is counted among the Asian corporate & entrepreneur leaders with a visionary mindset.

The pandemic has increased the importance of Zoom for many purposes such as online classes and meetings. Through this video communication medium, the founder Eric Yuan has eased the lives of people greatly.

And now, it isn’t a tough task to connect with people remotely. With every passing day, the number of downloads for Zoom is increasing rapidly.

Who doesn’t know YouTube today? Undoubtedly, it is the most famous video platform introduced by a group of entrepreneurs. Steven Chen, Chad Hurley, and Jawed Karim are the names behind YouTube.

The success of YouTube made Steven Chen one of the most famous Asian entrepreneurs. Also, Jawed Karim and Chad Hurley gained immense success following the popularity of YouTube. Now, this video platform is in high use by billions of users for different purposes.

If you have any level of interest in the gaming world, you must have heard of the gaming brand, Razer. Basically, it is a software platform that is excessively used by users across the globe. Its specialty is it lights up keyboards in multiple colors.

The man behind this brand is Singapore-American personality, Min-Liang Tan. His motivation behind finding Razer was to create the design for high-quality gaming products.

Certainly, Min-Liang Tan has got an innovative mindset. It is the reason why he has made his place among the successful Asian entrepreneurs today.

He is also eying introducing a virtual reality headset for different purposes. He endorses choosing a sustainable path to create products that are fit for recycling.

After the introduction of Airwallex, cross-border payments got a lot easier for anyone. And now, it is a fun task for anyone to transact globally to meet their financial requirements. Lucy Liu has done a magnificent job in successfully establishing her company in the Fintech world.

There are more people who have done a great job in the world of entrepreneurship. And their contribution and work simply reflect excellence.