Who is he and where is he today?

by Neely Jenkins
in Celebrity, Entertainment
0 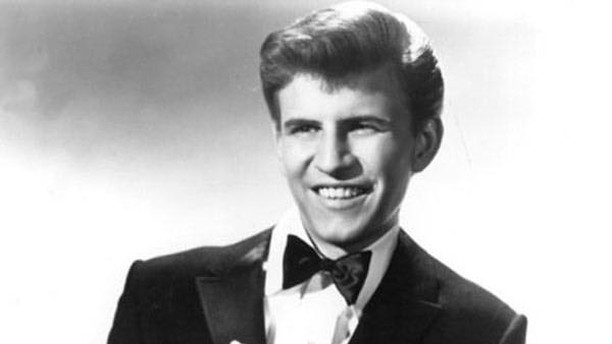 Bobby Rydell’s net worth is estimated at around $10 million. For those who do not know, Bobby began his singing career at a very tender age and was backed by his family’s love. At the age of nineteen, he was the youngest artist to perform at the Copacabana nightclub in NYC. It helped him reach the zenith of success and earn a name for himself.

Bobby Rydell was a singer hailing from South Philadelphia. Moreover, with a career spanning over seven decades, his songs were a mix of rock and roll and traditional pop. During the early years of his life, he was considered a teen idol.

Apart from being a singer, he played the drums. Besides, the singer has been a part of several movies indirectly. Well, in the movie Grease and its sequel, Grease 2, the high school is named after Rydell.

His Early Life and Family

Born on 24 April 1942, Bobby grew up in the neighborhood of Lower Moyamensing. His parents were Jennie and Adrio Ridarelli. Additionally, Rydell’s real name was Robert Louis Ridarelli.

As a kid, he loved to mimic singers he saw on TV. He started growing fonder of music, and that’s when his father started taking him around several different clubs in Philadephia, where he used to impersonate leading singers of that time.

Moreover, at the age of eight, Rydell appeared on TV Teen Club and won the contest. Paul Whiteman, the presenter of the show, enlisted him into the cast. It was during this time Robert changed his name to Bobby Rydell.

After winning TV Teen Club, Bobby was recruited on the show. He stayed there for several years.

Moreover, he performed with several bands, mainly as a lead singer and drummer. During this time, he released a couple of songs that turned out to be unsuccessful. However, Rydell did not lose hope and signed a record deal with Cameo Records.

Luck was in his favor, so after a few flops, he finally gained traction with the song Kissin’ Time. A year later, Rydall set for a tour alongside The Everly Brothers, Lonnie Lee, and Marv Johnson.

His Rise to Fame

Looking at his net worth, it is evident that the singer took full advantage of his singing and made it to the top.

Success came knocking on the door for Bobby Rydell when his album We Got Love sold a million copies. Post that, the legendary singer kept on releasing hits back to back. It is believed that the singer sold more than 25 million records throughout his career.

During the 1960s, there were several songs by him that were charted on Billboard Hot 100. Moreover, his success prompted his father to leave his job to become his road manager.

In 1964, he left Cameo and joined Capitol Records. However, the introduction of British music bands led to the downfall of Rydell’s career. Even then, the artist did not back off and appeared on several television programs, including The Red Skelton Show and The Danny Thomas Show.

Additionally, Bobby signed a recording deal with Reprise Records, founded by Frank Sinatra and Dean Martin. Rydell and Frankie Avalon and Fabian Forte came together to form a music group known as The Golden Boys.

The music artist continued to tour for the rest of his life and was often accompanied by his band members.

In 2012, Bobby had to cancel his Australian tour due to severe health complications. The same year, doctors performed a double transplant surgery and replaced one of his kidneys and liver.

Despite such a severe procedure, Rydell bounced back on stage in Las Vegas; the concert was sold out. Additionally, he made sure to fulfill his prior commitments and went on the Australian tour in 2014.

What Happened to him?

Bobby faced severe health complications in 2012. For the same reason, he had to undergo a double transplant surgery at Thomas Jefferson University in Philadelphia. However, a few months later, the singer continued his tours.

On 5 April 2022, the news of Bobby Rydell’s death circulated. Bobby died from pneumonia at the age of 79, that too, weeks before his 80th birthday.

Who was his Wife?

Talking about Bobby’s personal life, the singer-drummer was married twice. His first wife Camille Quattrone Ridarelli. The couple was married from 1968 up until Camille’s death in 2003.

He found love again, and he got married to Linda Hoffman in 2009. He was 67 years old at the time.

Does he have Children?

Even though he stole the show every time he performed, his children preferred to stay away from the limelight.

Robert studied at Rowan University and works as a video producer at present. On the other hand, Jennifer went to Saint Joseph’s University in Pennsylvania and later relocated to New Jersey. Moreover, Jennifer is married to Jason Dulin, and the couple has two children together.

Bobby was a legendary singer who rose to fame in the 1960s. Even after the British Invasion, his spirits were high, and he went on to tour the whole world. He was one of the most celebrated artists of his time, who performed even during his last days.

This was everything about Bobby Rydell’s net worth and personal and professional achievements. If you are interested to know more about such artists, keep a close eye on USAPeriodical.com. Our website brings authentic articles and news stories right to your screen!