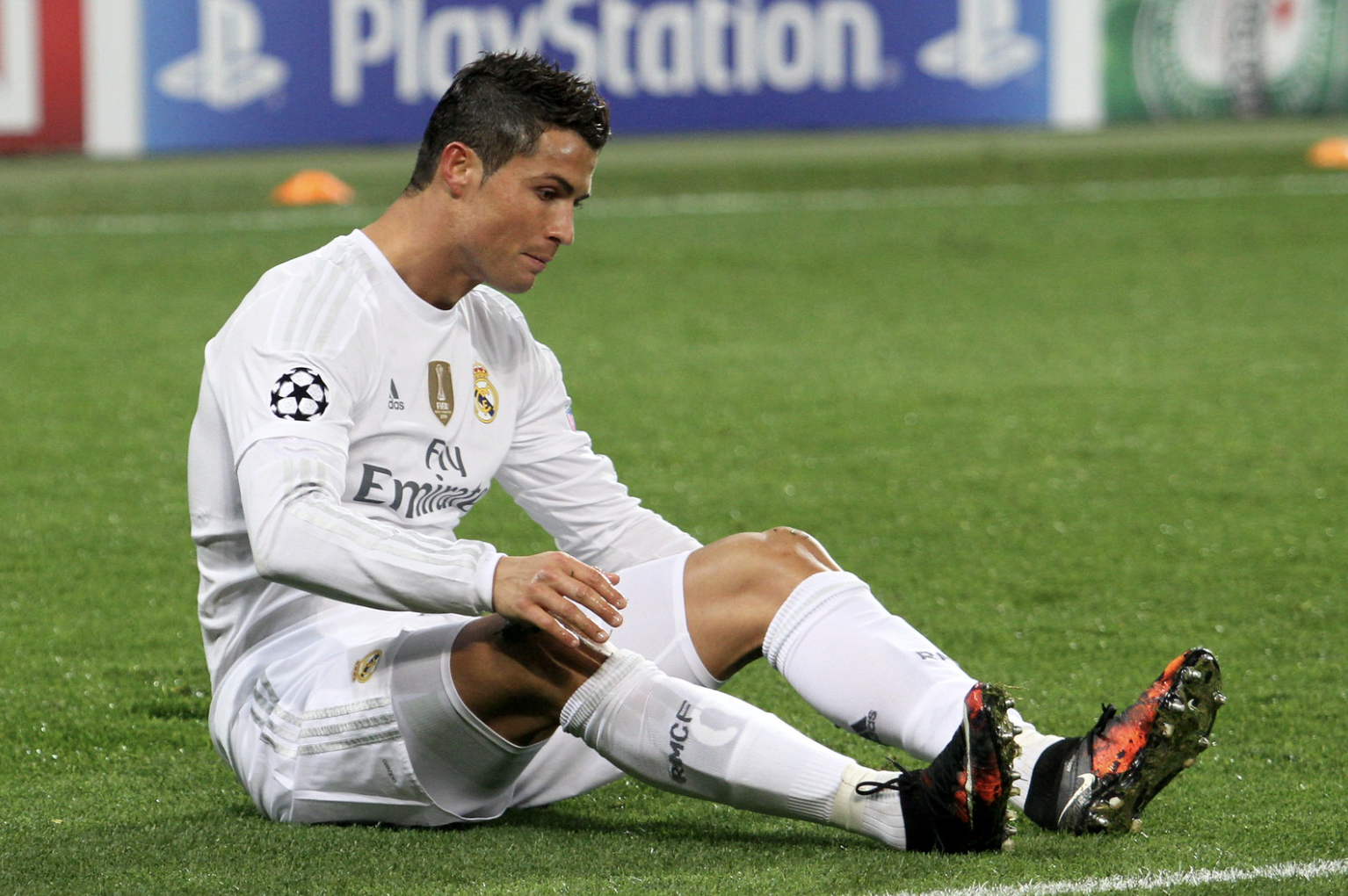 Today we’re taking a look at the net worth of Cristiano Ronaldo, the Manchester United and Portugal soccer star.

He is more than a celebrity on the pitch, and that has made him one of the richest personalities on the planet. He is known throughout the world, not only for playing soccer, but also as a fashion icon, clothing brand owner, and all-around celebrity.

Cristiano Ronaldo was born on the 5th of February 1985 on the island of Madeira, which is an autonomous region of Portugal that has a population of just over 250,000. He was born to his father José and his mother Maria. Not long after he could walk, he was seen kicking around a football, and he was soon chosen to play for the local club, Andorinha in Madeira, at the age of seven.

After three years with his first club, he moved to CD National for two years before then being spotted by the academy coaches at one of Portugal’s biggest soccer teams, Sporting Lisbon. This meant he left his hometown and island for the first time, moving away from his family, and by the age of 14 he concentrated all his efforts on becoming a professional soccer player.

At the age of just 16, he was identified as a future star, and within a year, he was to make his full debut aged 17. In his first season in the Premier Liga, Portugal’s top professional division, he was watched by many big clubs from across Europe, including Arsenal from the Premier League in England and Barcelona from Spain.

After playing against Manchester United in August 2003, their manager Alex Ferguson signaled his intentions to sign the young man and take him to England. He went on to win the European Champions League with Manchester United before being sold to Real Madrid in Spain for around $110 million in 2009.

In a nine-year spell in Spain with Madrid, he won the Champions League a further four times, three Club World Cups and UEFA Super Cups, and La Liga twice, as well as picking up four Ballon d’Or awards.

He was sold to the Italian club Juventus for around $100 Million, and his career continued to flourish. He was named the top player in Serie A in 2019, scoring over 100 goals in 134 games for the Italians before returning to Manchester United in the summer of 2021.

He instantly made his mark, scoring on his debut back in England but the team is yet to hit the highs of his previous spell at the club. Man Utd aren’t in the major European competition this year as they missed out on Champions League qualification, and they’re ranked as outsiders in the Ladbrokes Europa League odds.

Whilst it is a competition Ronaldo has never won, he’s unlikely to win it at his present club. They might surprise everyone and do well, but he’s recently been left out of big games and could be facing a move in the near future, with Germany suggested as a destination.

His earnings are around $33.5million with his contract with Manchester United, but Ronaldo also has endorsement deals with DAZN, Herbalife, MTG, Nike, and Unilever.

These deals are said to have earned him an extra $45million. Ronaldo is also the owner of a group of hotels and a transplant clinic based in Marbella, Spain, which generates over $114million a year.

While there has been much speculation about Ronaldo’s private life, he keeps it very private indeed, although he spends a lot of time with his partner Georgina Rodriguez and his mother, Maria, who helps look after his four children.

In 2022, CNN reported he suffered a personal tragedy, which united soccer fans in their support for the grief-stricken star. Ronaldo is a keen car collector and boasts a host of Ferrari’s, Bugatti’s, and Aston Martins amongst his collection of fine automobiles.

If you enjoyed this piece, you might also like our look at another soccer player, Nicolas Hagen.