by Ryleigh Graham
in Viral, Celebrity
0 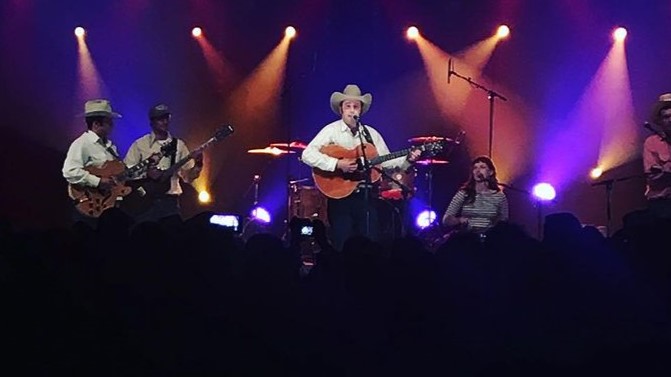 On Sunday, a report by Saving country music said that  “Ragtime Troubles” singer had gone missing on Aug. 20 near 4th Ave. in Tucson.

An official with the Tucson Police Department said that on August 26, around 1 p.m. local time, police had responded to a complaint of a guy who was “unresponsive or unconscious” near the 5500 block of E. Grant Road.

The unresponsive man was being treated by police officers and the fire service but then after a while, he was declared dead on the spot. The deceased guy was identified as Lucas Bell on August 29.

The singer was traveling to Arizona for his work along with his friend and collaborator Matt Kinman. Luke was also struggling with bipolar disorder.

He went missing on Saturday, August 20, in Tuscon. According to SavingCountryMusic.com, he was found dead about a week later, “not far from where he disappeared, and in a manner, we all imagined he would be when we first got the news.”

According to the statement given by Kinman, who has been playing with Bell for the past six years, both came to Arizona to play some music and work here. After that, Luke just disappeared.

As per Kinman, Luke was with him at the back of the truck. Then Kinman went to get something to get, and after he came back, Luke was not there. After that, He went missing.

After he vanished, According to Kinman, “He could be in Tucson. However, it’s probable that he hopped a freight train, which was nothing out of the ordinary for Bell. According to SaveCountryMusic, Bell spent his early years as a musician “semi-homeless and basically adrift” while honing his skills through hitchhiking and couch surfing.

His style was described as “classic honky-tonk with a wink and a yodel” by Rolling Stone in 2015. He was able to share opening slots with Willie Nelson, Hank Williams Jr., and Dwight Yoakam, thanks to his distinctive sound.

For more news reports check out the USA periodical.