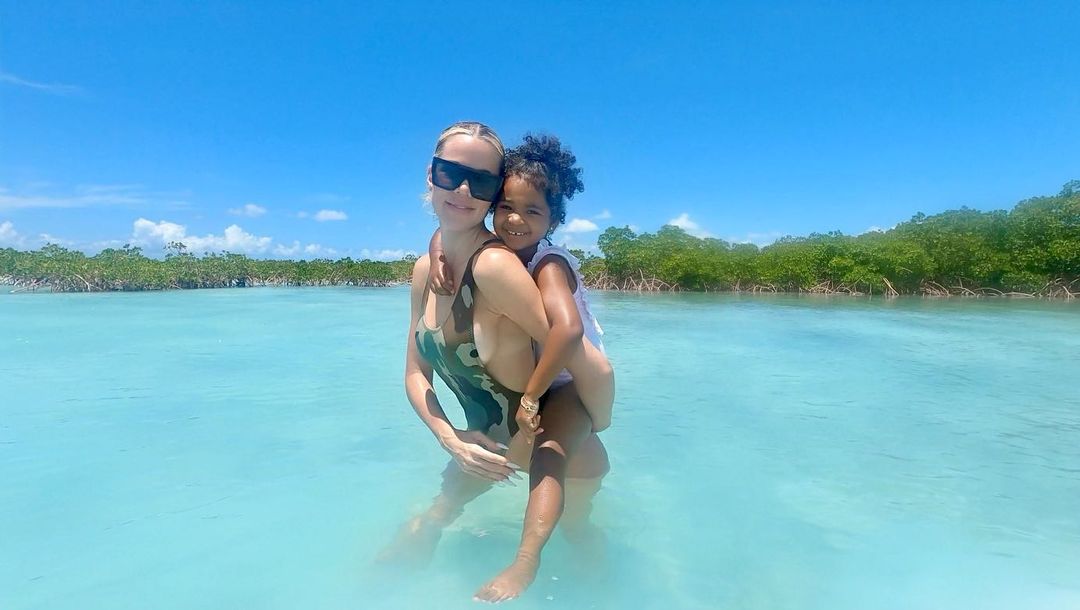 Tristan Thompson and Khloe Kardashian recently welcomed their second baby through surrogacy earlier this month. The former couple, who already had a daughter named True Thompson, welcomed a son in August.

As per the report by Pinkvilla, Khloe talked about her second child for the first time in a recent interview with Elle. During an interview with the magazine, the founder of Good American discussed being a mother of two and what she is feeling about it, saying, “I know it’s cliché, but I adore everything, including the hard bits.” Kardashian went on to say that parenting is an honor for her since it challenges her as a person by molding their personality.

She went on to discuss the difficulties of parenting in today’s culture, saying, “We must take those jobs seriously, especially given how much access children have and the information they are exposed to at such a young age. It’s quite frightening, but I take my job very seriously. It’s fantastic.”

The drama of Tristan Thompson and Khloe Kardashian’s relationship and the aftermath of the paternity issue was recently portrayed on The Kardashians’ first season, which premiered in April of this year. Tristan, who was sued for paternity last year before test results showed that he did father Theo, eight months, with Maralee Nichols, apologized to Khloe on Instagram, writing that she did not deserve the “grief and dishonor.”

It is well-known that Tristan Thompson cheated on Khloe Kardashian, and it has been in the news for quite a long time. After that, the birth of their second baby through a surrogate brings joy to their life.

The couple decided to conceive through a surrogate before the Scandal of Tristin. Even though the couple broke up because of Tristan’s behavior, they welcomed their second child and felt grateful for the blessing. Earlier, Khloe refused to talk to the media during the birth and refrained from any comment. She demanded privacy in this matter.

Now, as per the shared report, she openly talked about the wonders that come with her second baby. She is grateful and feels honored for being the mother of two children.

For more information related to celebrities, influencers, and viral, visit our website, www.usaperiodical.com.