A flawless Hollywood actor serving as an inspiration for the other aspiring actors. 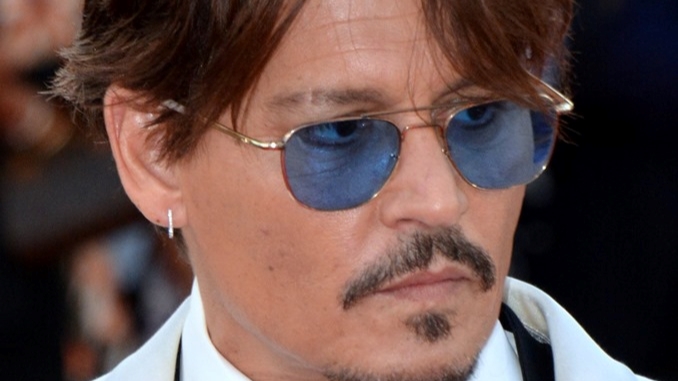 Johnny Christopher Depp is a man who has won not only awards but also a million hearts. In this article, we are going to learn everything about Depp’s films, career, biography, and kids.

Therefore, let us dive straight into the article without any further ado. Johnny Depp, in full Johnny Christopher Depp, was born on June 9, 1963. He was born and brought up in Owensboro, Kentucky, USA.

By profession, Johnny is a very famous and reputed American actor, musician, and producer. We have been a recipient of numerous awards, the Donostia Award, the People’s Choice Award for the best on-screen actor, and many more are no exception.

Depp is an eminent actor who is famous for a number of movies. However, one recognizable and iconic role in presenting is Captain Jack Sparrow. There is no denying that this was one movie that gave people an incredible entertainment experience.

Keep reading the article to find out more about Johnny Deep and everything else.

Johnny Depp is a well-liked musician, actor, and producer who belongs to the United States of America. Not many people know that Johnny made his debut in a horror film. The name of this film was A Nightmare on Elm Street. It was released in 1984.

Soon after this movie, Johnny was seen in a television series named 21 Jump Street. It went from 1987 to 1990. The series has a huge fan following, and Johnny has started to climb the ladder of fame.

Throughout the 1990s, Johnny selected odd characters and was happy performing the role given. Some of these films were Dead Man, Benny and Joon, Donnie Brasco, What’s Eating Gilbert Grape, and Fear and Loathing in Las Vegas.

Moreover, Johnny also started to work with Tim Burton. Some of his movies were Sleepy Hollow and Ed Wood.

Then finally, in 2003, Pirates of the Caribbean was released, and Johnny entered the world of stardom in a blink of an eye. The film was further followed by four sequels.

Johnny played the role of Captain Jack Sparrow in Pirates of the Caribbean and obtained a huge fan following. The audience was so happy with his performance that in no time, Johnny had fans who started loving him from the core. However, Johnny’s life was turned upside down after his ex-wife Amber Heard defamed him, saying that he had abused her during the course of their relationship.

But justice was finally served after six years. Yes, you are reading this right. Johnny Depp won the defamation case against Amber Heard.

His Films and Career

Over the years, Johnny has been a part of so many weird and beautiful movies. But which are the movies that grabbed some extra attention? Well, we have mentioned the same beneath.

The movie Corpse Bride is from the adventure category and is directed by Tim Burton. According to the research, this is one movie that is best known for the usage of animation till 2022.

Johnny Depp and Helena Bonham Carter starred alongside each other. The names of their characters are Victor and Emily, respectively. The story revolves around both of them ending up getting married accidentally and later entering the world of death.

So many people fell in love with Alice in Wonderland just because Johnny did an excellent job while playing Mad Hatter. The audience was delighted with his performance since he brought a different type of energy to the role.

Pirates of the Caribbean

According to the research, the actor has two kids. However, both of these kids are from his ex-girlfriend Vanessa Paradis. His kids’ names are Lily-Rose, Melody Depp, and Jack Depp.

Lily-Rose Melody Depp was born in May 1999. According to the research, she has already made her way to Hollywood. She got a small role alongside his dad Johnny in a film named Tusk.

Lily, like her mom, has been a model, and she has also been an ambassador for Chanel.

Talking Johnny’s son Jack has always stayed away from the limelight. He does not wish to become a part of Hollywood like Lily. However, in an interview, Johnny said his son is an excellent draftsman.

Johnny Depp is not only a well-liked actor but also an individual who is loved by people all over the world. He is not only the epitome of resilience but also someone who has won the love of people all by his hard work.

The prominent Hollywood star has been active in the industry for years. And he is a true inspiration for aspiring young actors wanting to accomplish something big with their acting work. It is Johnny’s creative style of acting with a spontaneous dialogue delivery that has made him popular.