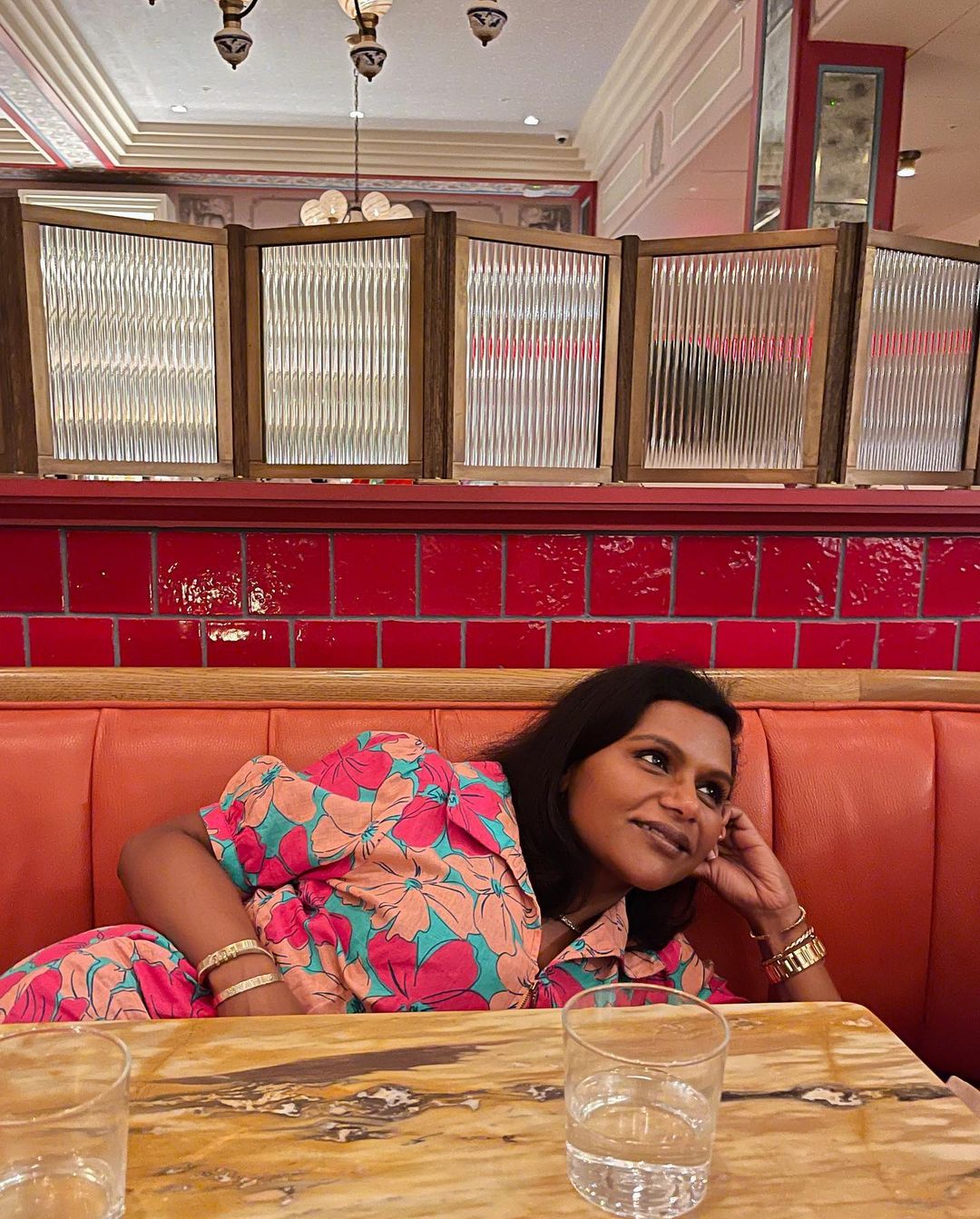 The Office series’ actress Mindy Kaling recently visited a New York City restaurant, Sona, to enjoy Indian Food. She shared an Instagram story about her meal at the restaurant.

The actress had Indian meals, including desi dosas, kofta korma, chaat, and much more, at the restaurant opened by PeeCee. In her post, she also tagged Priyanka and thanked her for the wonderful dosas she ate with her company. She posted that dreamy dosas, kofta korma, chaat and so much more at @sona. Further added, Love you @priyankachopra. Now I need your home goods!” with a picture in which a delicious plate of dosa can be seen with different Indian Sauces.

Post that, PeeCee re-posted the story of Mindy Kaling on her Instagram story writing Love you and your continuous support. Priyanka Chopra and Mindy Kaling are also close to each other due to their upcoming project about Indian Wedding comedy, where they will be portraying the role of cousins. Mindy has co-written the script of this project, and she provided confirmation about the role of Priyanka in the past in an interview with Forbes.

Mindy also opened up about the roles in detail, specifying Priyanka Chopra in the role of a Punjabi Indian from India and Mindy herself playing the role of an Indian American Bengali girl. The best part about this duo is that it would be great to see both personalities performing together.

Furthermore, Priyanka Chopra’s restaurant SONA is the hub of Indian Food and culture in the heart of New York City. The restaurant serves one of the best Indian cuisines and sweets such as Ghevar, halwa, Indian breads, roasted chicken, Malabar biryani, and much more. Moreover, the husband of PeeCee, Nick Jonas, also enjoys Indian delicacies very much.

The restaurant Sona had already turned one a few months ago in March 2022 and successfully got attention and Love for Indian Food. Not only did Mindy Kaling enjoy the Food recently, but she made her appearance before in the restaurant. Other than Mindy, many actors from India and famous personalities of the United States, such as Tom Nicholas, Lola James Kelly, etc., also enjoyed the Indian Food at Sona.