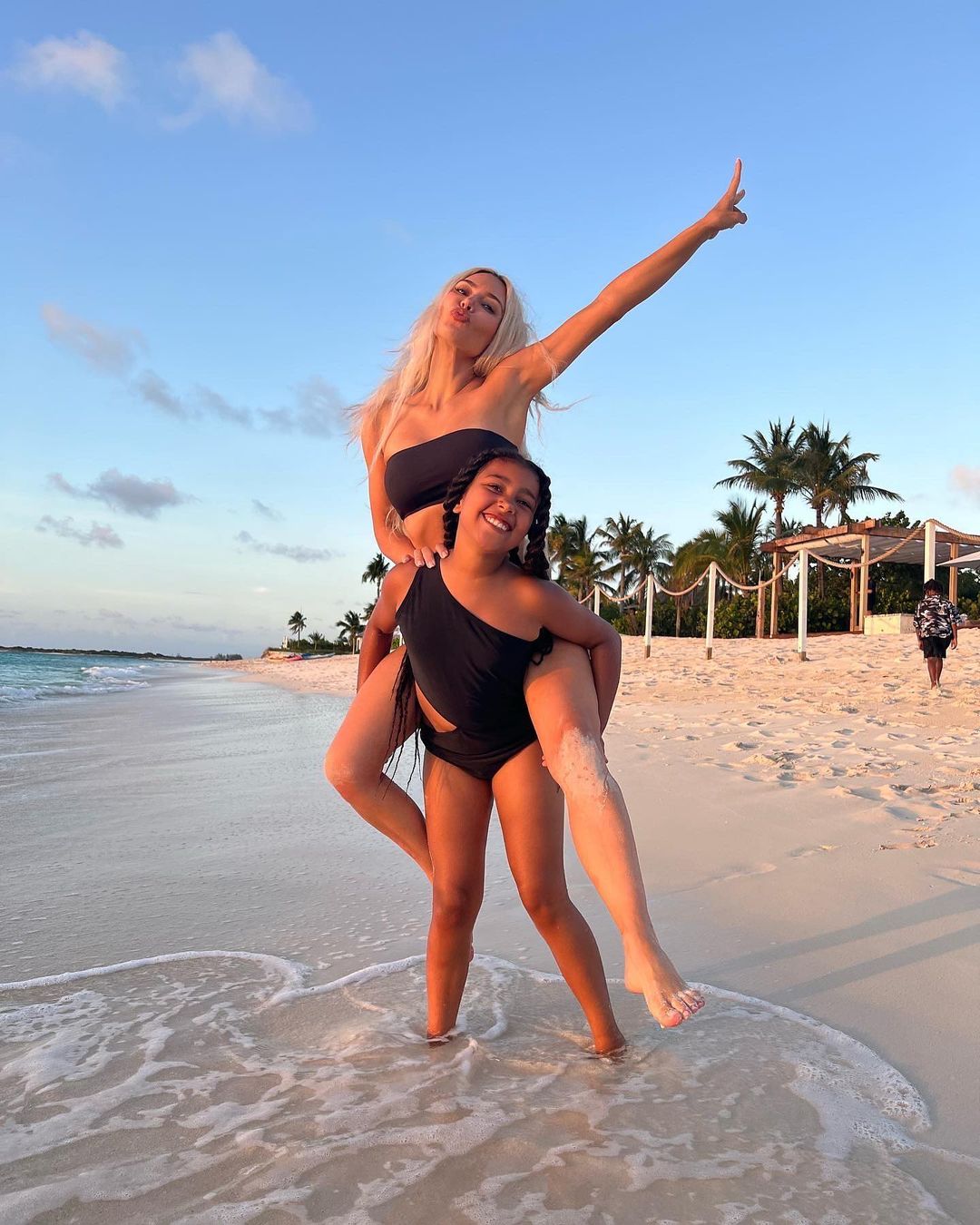 Kim Kardashian and North West undoubtedly know how to have people talking about them online. The mother-daughter team can be seen carpooling with Penelope Disick, a child of Kourtney Kardashian, in a recent video that Kim shared. The video also shows North and her mother having a good time singing along to Versace on the Floor by Bruno Mars.

In a recent post on Instagram, Kim shared a video of her 9-year-old daughter reacting to the fact that her mother was filming while she sings along to the Bruno Mars song. The video then shows North’s embarrassed response as she pleads from the backseat “Please, Mom! Please remove that, mom!” Kim, who is visible in the video using a face filter, exhorts her daughter to “sing it.”

Kim continued to capture her daughter and laughed while recording. However, the daughter North seems to be irritated in the backseat. When the clip started, North West and Kim Kardashian along with Penelope appeared in a humorous video singing. Kim asked the girls to sing with her.

After a while, North’s irritated grin was seen in the video as she had enough of selfie videos and she  spoke from the backseat stating, “Mom!!! Please delete that!”

Besides this fun, North and Kim recently traveled together to Idaho, where they were photographed engaging in adventure sports. Kim Kardashian and her separated ex-husband Kanye West share their daughter North West and three other kids. On social media, the mother-daughter team is well-known for showing off their playful side. North had also recently joined her mother in such fun video activities.

A few weeks have passed after Kim Kardashian’s separation with beau Pete Davidson. Kardashian appears to be doing the same, spending time with her loved ones and close pals. After dating for almost nine months since they first met on the set of Saturday Night Live last year, Kim and Pete split up.