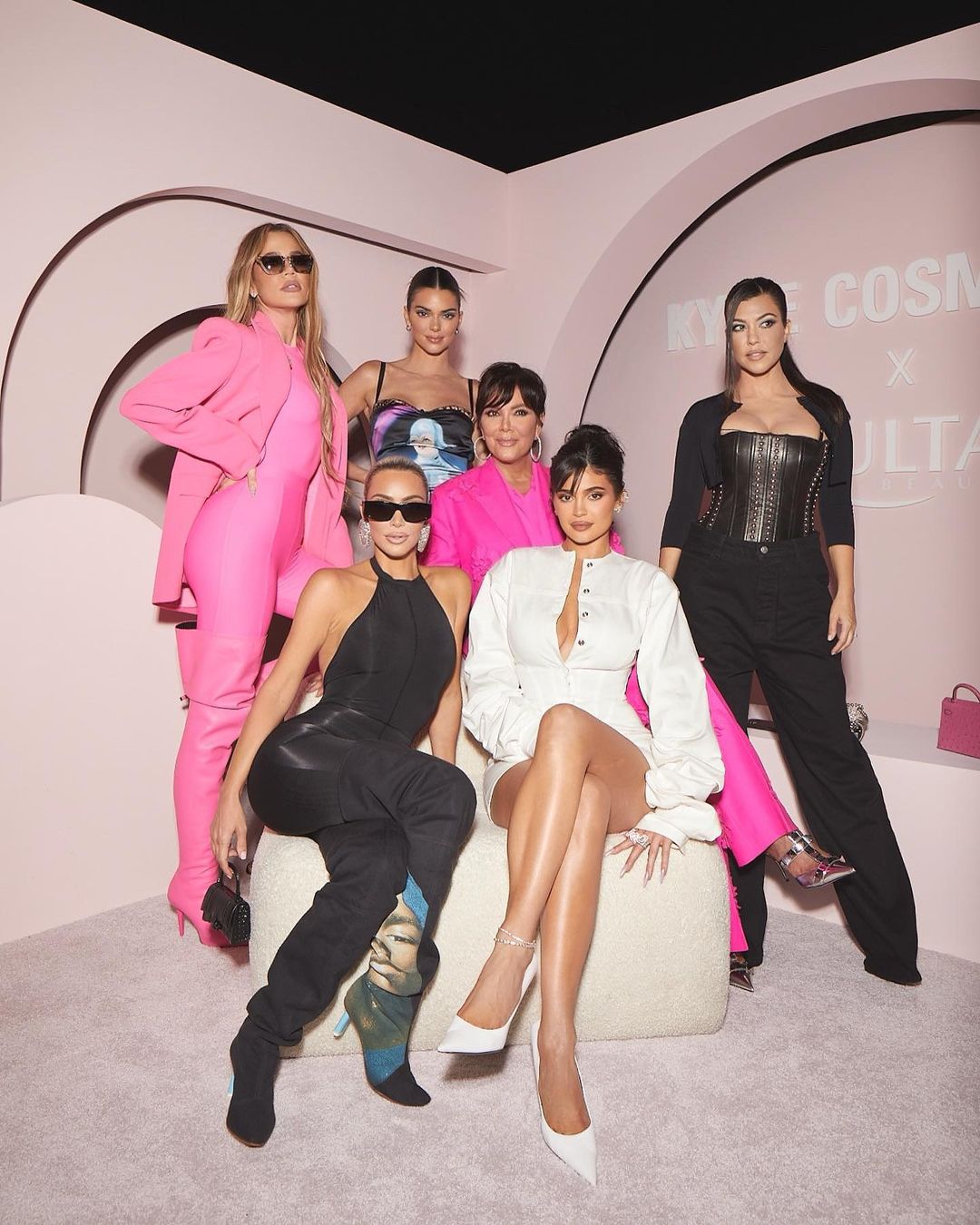 Kylie Jenner hosted a glamorous party for her cosmetics line on Wednesday evening. The Kard-Jen family attended the party honoring Kylie Jenner, their younger sister. The family attended the beauty mogul’s star-studded celebration on Wednesday night as she celebrated the launch of her enormous company, Kylie Cosmetics. The youngest member of the family received assistance from her mother, Kris Jenner, who appeared with her boyfriend Corey Gamble, and her father, Caitlyn Jenner, who was accompanied by friend Sophia Hutchins.

As reported by the Pinkvilla, The Kardashian sisters, including Kim Kardashian, Khloe Kardashian, Kendall Jenner, and Kourtney Kardashian, who arrived at the celebration hand-in-hand with her husband Travis Barker, were present at the reception with her parents.

According to a few sources, as reported by Pinkvilla, Landon Barker, the son of Travis, who brought Charli D’Amelio, his well-known girlfriend from the TikTok app, was another unexpected addition to the group. The young couple reportedly held hands the entire night.

Kim Kardashian showed up to the party wearing her thigh-high black boots and a subtle halter-neck black bodysuit. Her fascinating little pocketbook and big silver earrings, which provided glitter to her otherwise understated style, were the highlights of her attire. Khloe matched Kim’s outfit choice of a bodysuit and boots, but she added some flair to it by opting for a baby pink aesthetic and finishing it off with a pink jacket. In contrast, Kourtney kept to her goth-rock aesthetic while accompanying her drummer husband and wore an all-black costume that included wide leggings and a spiked corset top.

Kendall Jenner arrived at the party in her signature fit, a skin-hugging patterned dress with her hair put up in a perfect bun. Momager Kris went for an all-pink look, wearing a pink suit with floral cutouts.

At this event, Kylie herself was wearing a white dress and made an appearance with her daughter Stormi Webster, who was wearing a silver dress and carrying a matching purse.