She is a fireball of energy! 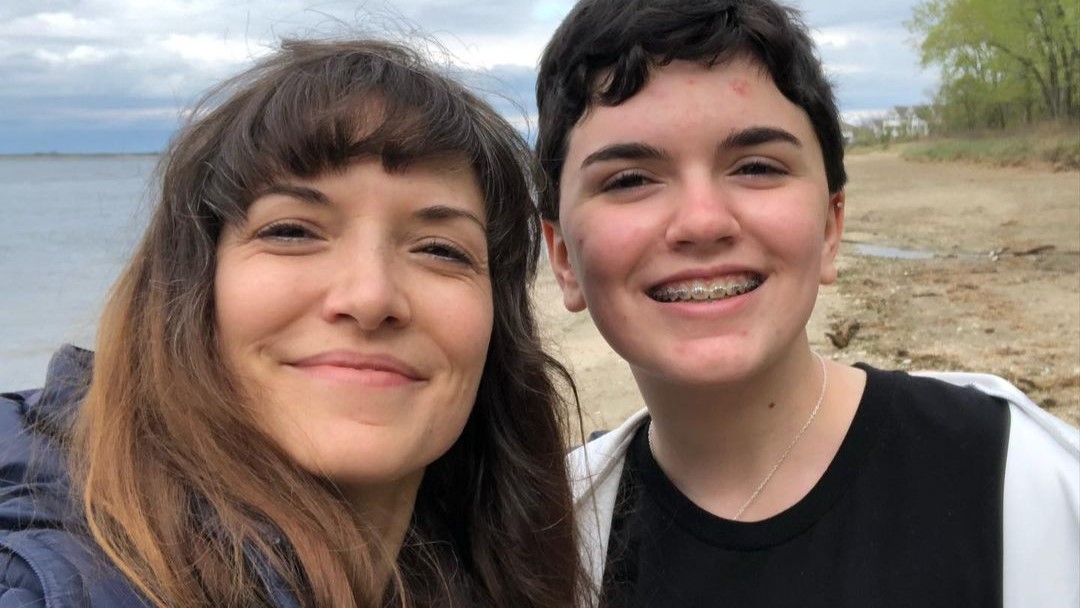 Lorene Scafaria, better recognized as Bo Burnham’s girlfriend, is a woman with several talents. Apart from being an actress, she is a playwright, screenwriter, and director.

She made her directorial debut with Seeking a Friend for the End of the World, which was an absolute hit. In addition to directing, she has contributed to the movie as its writer. Besides that, Scafaria has also directed Hustlers, which was released in 2019.

From her career to her love life, we shall discuss all the big and small events in her life. So what are you waiting for?

What Does Lorene Do for a Living?

As discussed previously, she is an actress, director, and writer. Let’s get more details about her career.

Lorene Scafaria is originally from New Jersey. However, she moved to New York in pursuit of better opportunities. During the initial years, she kept writing for stage plays and was also seen acting in them.

Soon enough, she moved to Los Angeles and teamed up with an old friend to write Legend Has It – a children’s adventure movie. However, the makers dropped the project due to Lorene’s disinterest in re-writing it.

In 2005, Bo’s girlfriend started working for Focus Features. She got an opportunity to turn Nick & Norah’s Infinite Playlist, a book by Rachel Cohn and David Levithan, into a movie. Moreover, she was accompanied by two other writers with whom she often collaborates.

The trio is famous for its name “Fempire” and has received the Athena Film Festival Award for contributing to the art world.

In addition, she has also directed The Meddler, which revolves around grief. It has received immense appreciation from the audience.

Lorene Scarfaria was also the writer and director of Hustlers, a 2019 movie starring Lili Reinhart, Jennifer Lopez, and Constance Wu.

Bo Burnham’s girlfriend’s career has been nothing short of magic. The writer-director is in a pleasant space and is making the most of the fame. Her contributions to Hollywood have not only helped her become famous but have also helped her land prestigious awards and nominations.

Take a look below.

In addition, Scarfaria directed the seventh episode of the third season of Succession. Her work received much praise and was nominated for the Directors Guild of America Award and a Primetime Emmy Award.

Well, that was all about her career. Now, let’s jump into her early life.

Additionally, her native place is New Jersey, and the director is known to have grown up in the suburbs.

Regarding Bo Burnham’s age, the actor is 31 years old today. Despite the age difference, Burnham and Scafaria’s love life is successful.

As discussed before, Lorene Scafaria was born and raised in New Jersey. Additionally, she attended Holmdel High School and graduated in 2005 with flying colors.

Burnham’s girlfriend initially began writing in an effort to win Pizza Hut gift certificates while she was still in school. Well, it turns out that the young girl was truly gifted and successfully staged a play at 17!

After graduating from school, Lorene enrolled in Lafayette College, Pennsylvania. However, she could not afford its tuition fee and had to move back to New Jersey. She joined Montclair State University to pursue a bachelor’s degree in English.

Her Family and Personal Details

Bo’s love hails from Holmdel Township, New Jersey. She has a humble background as her parents have nothing to do with the showbiz industry. Moreover, their names are Gail Scafaria and Joseph R. Scafaria.

While Lorene’s mother was half Canadian and half American, her father was from Italy. In addition to her parents, her family also comprises her brother, Vincent. However, there isn’t much information about her brother and his professional life.

The celebrity’s better half is twelve years older than her boyfriend. But as they say, “age is just a number,” the couple has successfully overlooked this difference.

However, their age gap isn’t the only wow factor in their relationship. The couple has an immense height difference, making them look like a match made in heaven.

Lorene Scafaria is 5 feet 2 inches tall, while her dashing boyfriend, Burnham, is 6 feet 4 inches tall. Yes, that is correct!

Now that you know his girlfriend’s accomplishments let’s look at her relationship with her better half.

Well, Bo and Lorene began dating in 2013. However, the couple kept it a secret to avoid unnecessary media attention. Bo’s girlfriend does not reveal how they began dating; however, she is believed to have significantly impacted her boyfriend’s career.

The couple doesn’t share intimate details about their relationship on public platforms. However, Bo Burnham and his gorgeous girlfriend live together in Los Angeles. Besides, they have two adorable dogs.

Bo Burnham’s girlfriend is an avid social media user. Most of the time, the director/writer shares posts about her projects on Instagram. Besides, Lorene also gives us a sneak peek into the life of her pets.

Some Lesser Known Facts About her

She has many talents, but did you know she can also sing? Lorene Scafaria has a melodious voice and has released two albums that have made it big.

Her first album was Garden Party, while her second album was Laughter and Forgetting.

What Does she Love the Most?

Bo’s girlfriend, Lorene Scafaria, is a passionate director, writer, actress, and singer. She has given back-to-back hits to the industry and has successfully made a name for herself.

Coming from a normal background, she had to convince many people to give her a shot. However, her dedication and hard work finally paid off, and now she enjoys the heights of success.

Lorene Scafaria’s better half, Bo Burnham, is also a powerhouse of talent. Moreover, he is the mastermind behind the comedy specials Inside and Eighth Grade.