Bridges to see once in a lifetime.

by Ava Carden
in Travel
0 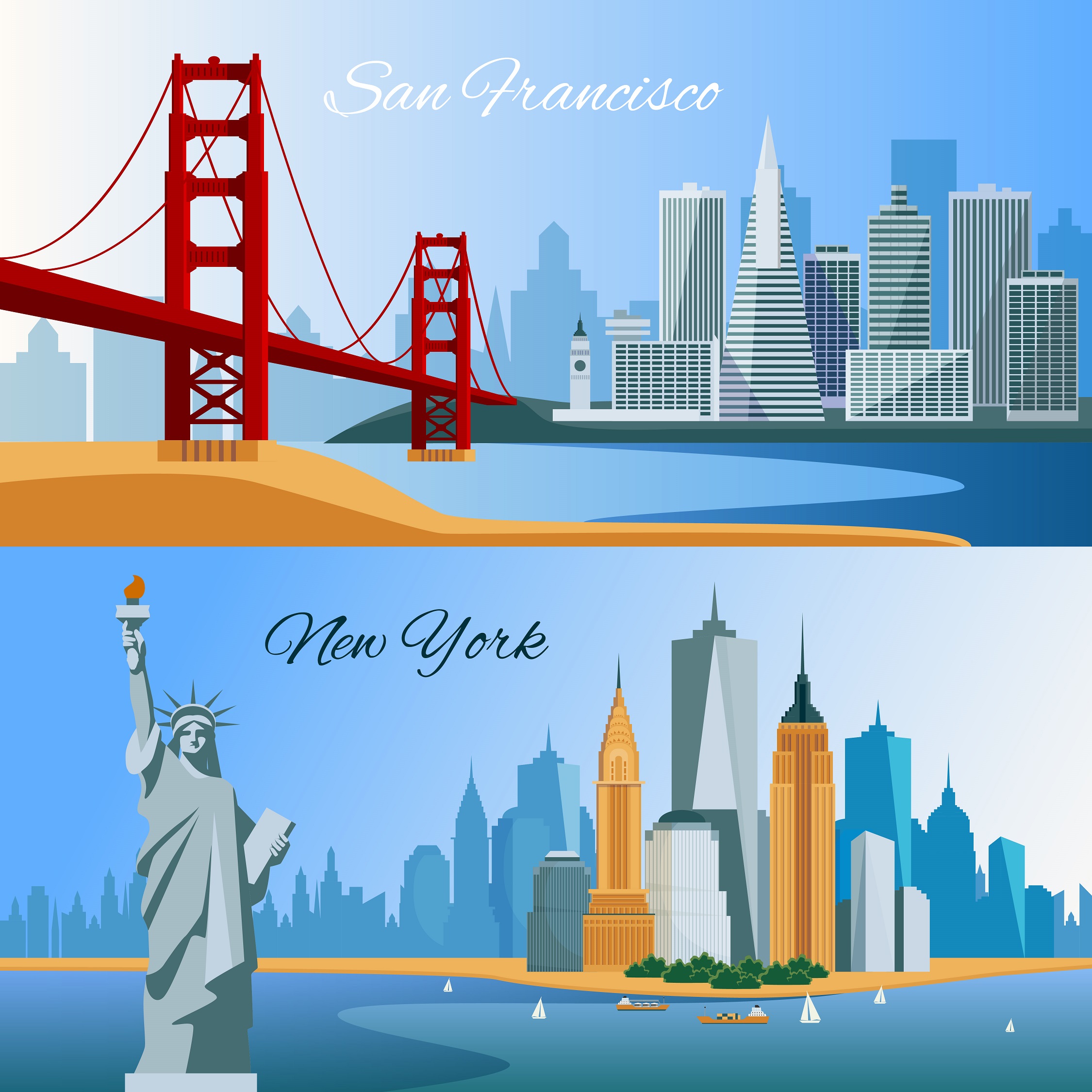 Image by storyset on Freepik

If we talk about famous bridges across the United States of America, there are over 600,000 bridges located all around the nation. Bridges are an essential part of the infrastructure of any nation and can provide accessibility from one part of the land to another.

Many of us are familiar with the famous ones like Brooklyn Bridge or Golden Gate Bridge, but out of all the states in the USA, it has not been easy to narrow down to a few best bridges. Most of the bridges also came under scenic beauty and historical importance in the nation.

In this article, we will sort down to 15 famous bridges in the United States that provide accessibility to two areas and a visual treat to the human eye.

The Golden Gate Bridge is a suspension bridge, a one-mile-wide (1.6 km) strait separating San Francisco Bay from the Pacific Ocean. The bridge carries U.S. Route 101 and California State Route 1 across the strait, connecting the American city of San Francisco, California, located at the northernmost point of the San Francisco Peninsula, to Marin County.

It is a component of the U.S. Bicycle Route 95 and carries both pedestrian and bicycle traffic. Not only bicycles, but it is also open to bikes, cars, and pedestrians.

The bridge is one of the most well-known representations of San Francisco and California, having been named one of the Wonders of the Modern World by the American Society of Civil Engineers. Engineer Joseph Strauss created the first version of it in 1917.

The best view of this beautiful architecture can be captured from the Welcome Center, Fort Point Historic Site, Baker Beach, and Crissy Field.

The Brooklyn Bridge connects the boroughs of Manhattan and Brooklyn across the East River in New York City and is a hybrid cable-stayed/suspension bridge.

The Brooklyn Bridge was the first fixed crossing over the East Rives and was opened on May 24, 1883. At the time of its opening, it was also the longest suspension bridge in the world, measuring 1,595.5 feet in length with a deck 127 feet above mean high water.

The Brooklyn Bridge was formally renamed in 1915. Previously it was called the New York and Brooklyn Bridge or the East River Bridge. This bridge is on the southern side of the four bridges that come under the toll-free vehicular bridges.

It is one of the famous bridges and it only has six lanes for passenger vehicles, cyclists, and pedestrians. It will take around an hour and a half if you think of crossing the bridge on foot.<