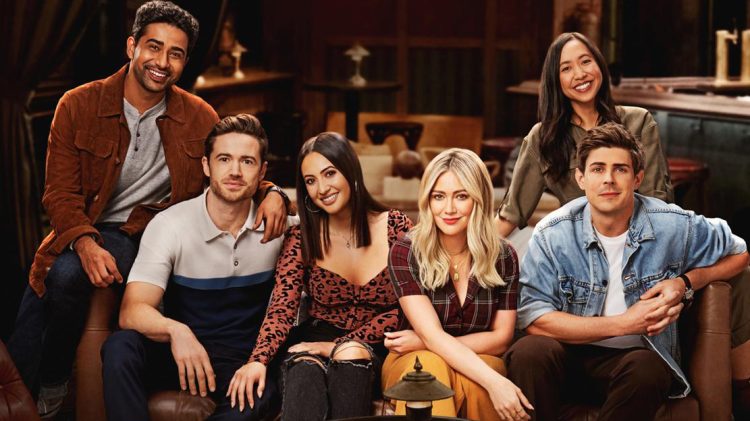 Hulu’s “How I Met Your Father,” a continuation series following the events of CBS’ hit sitcom “How I Met Your Mother,” ended its first season with an appearance from a major cast member from the original show. The finale showed the main character, Sophie, experiencing unexpected, major changes in her love life over the span of 1 episode.  ‘Timing Is Everything’- Tuesday’s season one finale experienced the coming back of “HIMYM” actress Cobie Smulders, who starred as Robin Scherbatsky on the original show’s nine-season run between 2005 and 2014. The episode started with Sophie (Hilary Duff) and Jesse (Chris Lowell) meeting up for a date after kissing for the first time in the episode.

Jesse had confessed to Sophie about his love for her. The moment was nostalgic of “HIMYM” character Ted Mosby (Josh Radnor) telling Robin that he loved her on their first date. Sophie freaked out by Jesse’s semi-conscious declaration of love, but he told her that it wasn’t too rushed considering that they’ve known each other for a while. To make matters more worst for Sophie, Jesse revealed that he turned down the opportunity to play the piano on Meredith’s upcoming tour and get back together with her because he has developed feelings for Sophie.

Amongst all this, the finale ended with another tie-in between ‘HIMYM’ and ‘HIMYF’. The episode revisited The Captain (Kyle MacLachlan) and Becky (Laura Bell Bundy), two characters from the original show who made appearances during episode nine. To get revenge against her cheating husband, Becky told The Captain that she was going to sink his boats. The Captain told Becky that she could have all his boats, except for one that was in Australia.

“What those marine biologists are doing down there is important,” he said. “They’re trying to help coral reef procreate.” The episode concluded with Ian asking Sophie, “Is this a good time?” At the start of the series, it was revealed that the father is a character from the pilot. The showrunners of “HIMYF” previously told that the show is hoping to have many seasons, which is why fans wouldn’t get a definitive answer about the titular father by the end of season one. But Ian’s return to town puts him back in the running as the potential dad. Fans will have to wait until “HIMYF” returns for season two to learn what happens to Sophie, Ian, Jesse, and the rest of the characters.