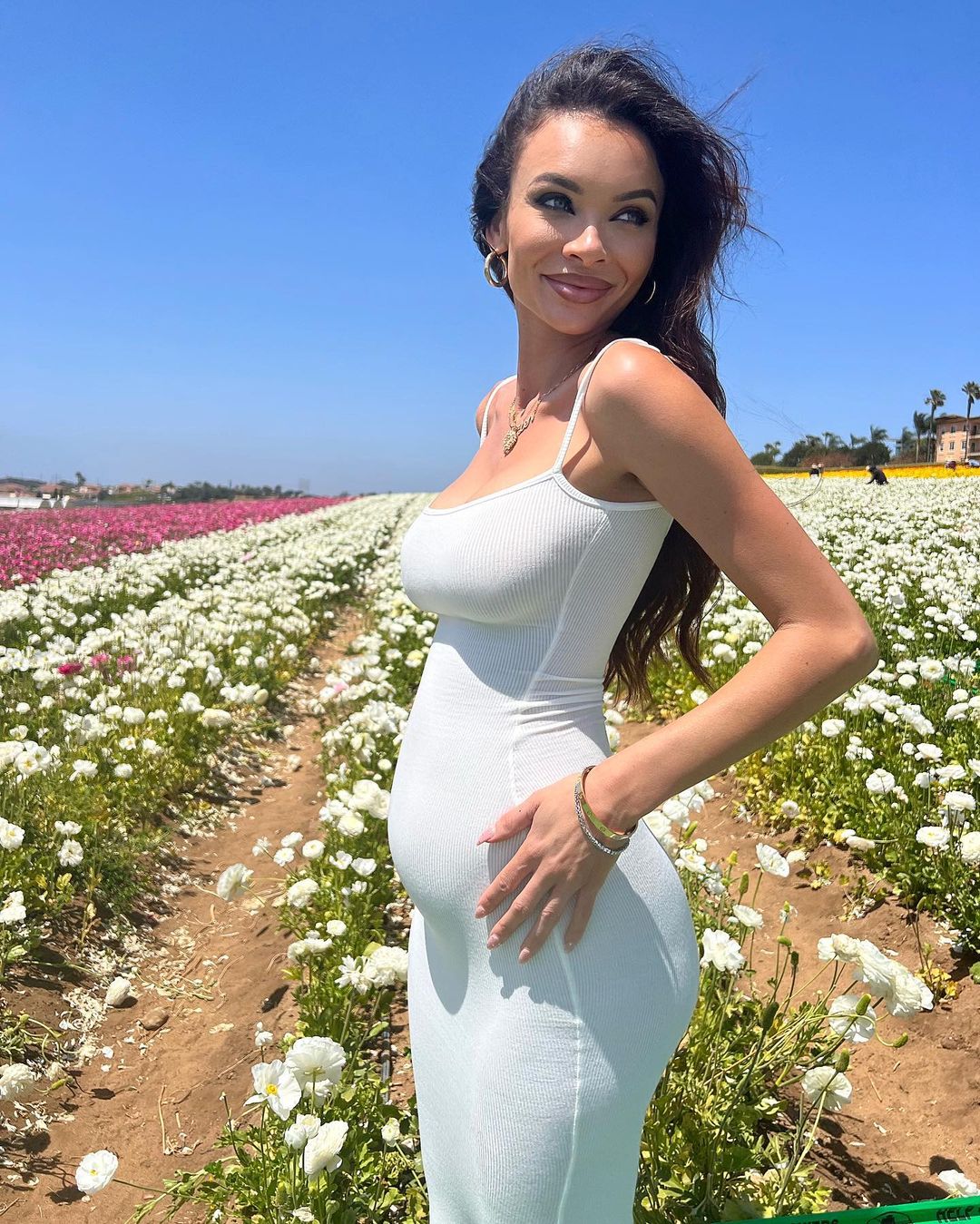 American Television Host, Actor, and Rapper, 42, Nick Cannon are all set to become a ‘Daddy’ soon. Singer, Alyssa is again pregnant with Nick’s child. After the death of her and Cannon’s baby named Zen.

Alyssa has declared her happiness on social media to let her fans know about the pregnancy and according to speculations, Cannon is the soon-to-be father of the unborn child.

Alyssa being active on social media has confirmed that she is pregnant by sharing a picture of her baby bump on Instagram.

She also captioned the picture in a manner letting the fans guess who the father is.

The singer of the “Ten Years” album, Alyssa Scott, has never made any revelation about the father of her now-dead son, Zen. Scott cleared the air about Zen’s father’s name only after a year after his passing away.

Zen was examined with a brain tumor when he was just a 5-month-old child and he died in December 2021 because of the tumor. However, Cannon was thankful to his fans for showering him with love and support.

Nick Cannon shared his vulnerable moments after his son Zen’s death in his chat show. He talked about how his family, relatives, and fans were worried about him then.

Cannon also said that people wanted him to rest and take a break as his son’s death is a bigger thing to digest so he needs to slow down on life and just try to focus on himself first.

Cannon’s fans, especially his family wanted him to pause his work for some time after Zen’s death as they believed Cannon was working too much on himself.

Cannon also said that when someone asks him about his well-being, he just replies that he is on his feet, standing strong and for him, that is a great start. The American Host even admitted that he regrets not spending much time with his son before he’s gone.  He was sad to say his fans that not spending much time with his son keeps him awake at night and he could not sleep.

The Host had gone through months of therapy to process the fact that his son Zen is no more and he admitted that therapy has helped him a lot to cope with the truth and the situation.

On September, 30, Cannon again became a father, and this time, it was his third child with Brittany Bell who is an American model and dancer by profession. Brittney won the Miss Guam title in 2014.

Nick Cannon is the father of 10 children with six different women and he is soon going to be a father again.

Cannon have dated Kim Kardashian, Christina Milian, and Jessica White in the past. He has twin sons from Abby De La Rosa, named Zillion and Zion both born in 2021.