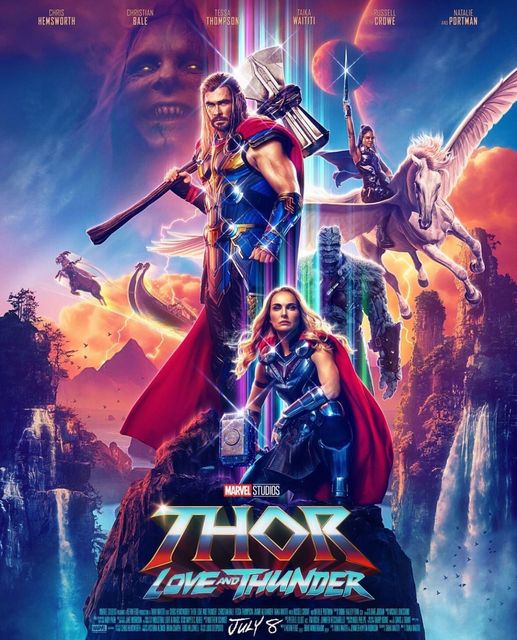 Thor: Love and Thunder is considered Chris Hemsworth’s last movie as a Marvel Superhero. Chris has been playing the character of Thor since 2011. If the promo hints are believed to be true, His character is said to pass on the mantle to the Mighty Thor, played by Natalie Portman, who just made a comeback as Jane Foster. Director Taika Waititi remarked that her character in the previous Thor Parts was underwritten.

Will this be the last Thor movie starring Chris Hemsworth? Even he doesn’t know, so how could we do it! Let’s wait for the official announcement.

Chris Hemsworth is seen giving a stirring speech to his army of Asgardians in preparation for battle, but no one listens or pays attention. What would he do if he had to carry out the responsibilities of a superhero?

The teaser has Chris Hemsworth’s Thor attempting to enthuse his people ahead of a major battle, evoking Captain America’s “Whatever it Takes” speech from Avengers: Endgame. However, unlike Captain America, Thor fails miserably as Korg departs to get some popcorn, Valkyrie believes they are all dead, and Meik is a real distraction.

The few clips and trailers suggest that Thor will be seen on the self-discovery journey, which is cut short when the Gorr, The God Butcher, a villain played by Christian Bale, arrives. He is a powerful and significant character who vows to kill all the Gods as he blames them for his life tragedies.

That’s what we are looking forward to seeing when Marvel unveils a brand new trailer on Tuesday, which seems to be a total blast.