Tom Cruise appears to test the notion that the sky is the limit in a brand-new video that has appeared online. 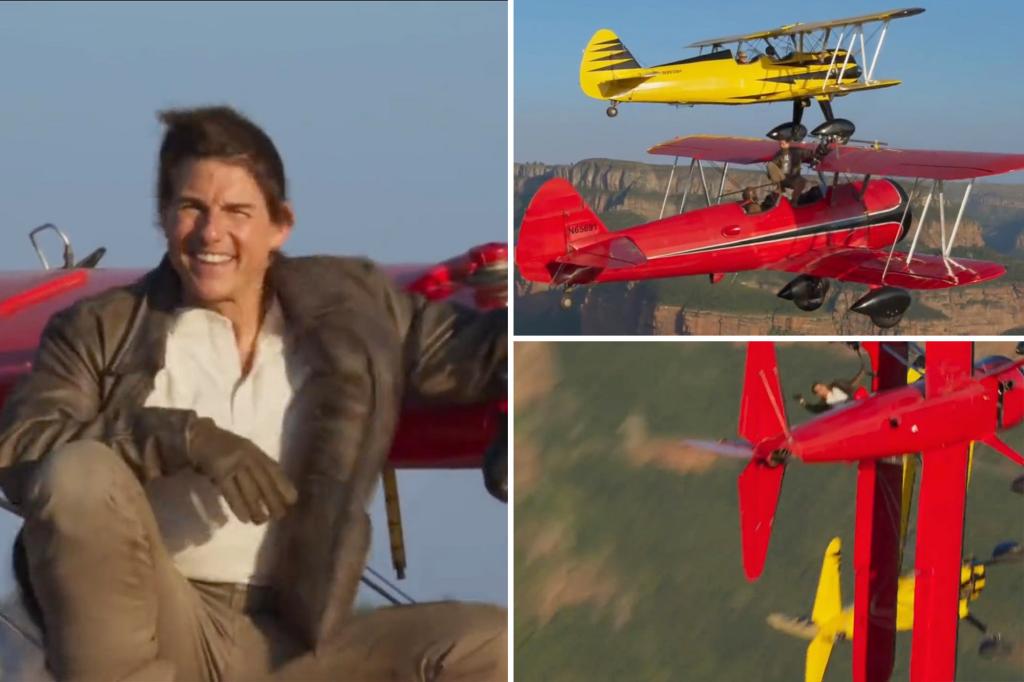 Fans call Tom Cruise insane for sitting on a flying jet without a safety harness in the Mission Impossible 7 BTS video.

Apparently, from the set of his next Mission: Impossible – Dead Reckoning, a viral video showing the Hollywood action actor Tom Cruise discussing the value of the theater experience while filming an airborne sequence for the eighth film of the popular and loved franchise has surfaced on social media.

At this year’s CinemaCon in April, which also included the premiere of Cruise’s Top Gun: Maverick, the video was first shown before the trailer launch of Mission: Impossible — Dead Reckoning Part One.

The Viral video clip features Cruise flying in a biplane while speaking to the camera as he reiterates the grandeur of the cinema experience while giving a special message to theater owners who were present at CinemaCon. With a larger view of the valley when the camera pans out, it is possible to see Cruise’s risky maneuver in full.

Christopher McQuarrie, the director of Mission Impossible, is seated in another aircraft that appears in the scene. The director cuts off Cruise’s message and requests that he should wrap up since the team is “losing the light” and “short on fuel,” respectively. Cruise is now perched above the wings of the aircraft. The plane tilts to the left, zooms out as he salutes and says, “See you at the movies.”

Fans were stunned by the actor’s daring act in the viral video, which is just one of many outrageous scenes he shot for the upcoming movie.

When the director uploaded a picture online to wish the actor a happy 60th birthday, he gave a clue that the actor might be doing something unusual. Tom has a reputation for going above and above to pull off his own stunts, particularly for the “M:I” series.

Prior to this, Cruise was portrayed in his movies climbing the Burj Al Khalifa, the tallest building in the world, and being fastened to the side of an aircraft during takeoff. Cruise appears to be riding a motorcycle down a cliff in the first Dead Reckoning Part One video.

The actor was seen filming last year for the following action movie that will be released in 2023 on trains, in the air, and while driving.