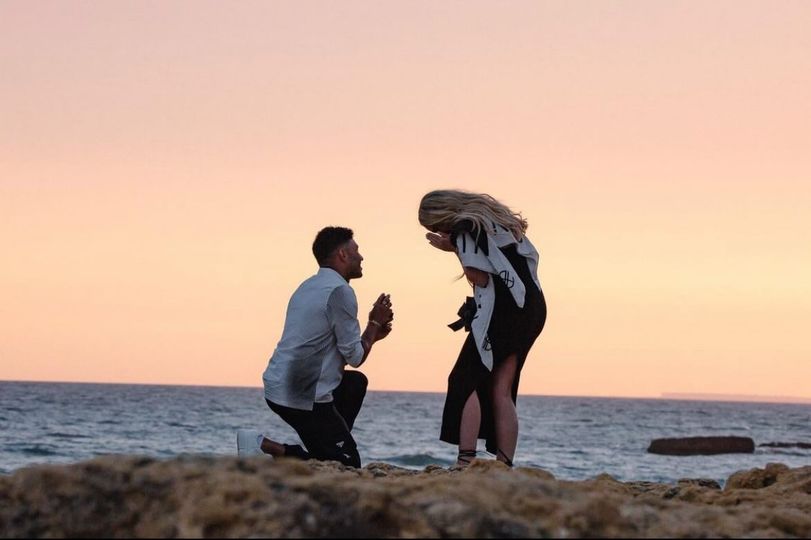 Perrie Edwards and Alex Oxlade-Chamberlain began their relationship in 2016, but made it public in January, 2017. They will soon tie a knot.

Pierre Edwards, a 28 year old, announced her engagement to her longtime boyfriend Alex Oxlade-Chamberlain in an Instagram Post this weekend. The sunset beach proposal series pictures were mesmerizing and magical, and went viral after the post.

She looked stunning in a beautiful black dress with slits and holding hands with Alex while he proposed to her. The proposal pictures series shows a close-up shot of her gorgeous Diamond Ring on a Gold Plated band. The other picture shows the embracing and kissing moment between the two after accepting the proposal.

She is known for her popular Hit Album “Little Mix”. Many friends left supporting and congratulatory messages on her posts. Jade Thirlwall and LeighAnne Pinnock, her bandmates, were among the many friends.

The engagement announcement came a year later after the couple welcomed their baby son, named Axel on August 21, 2021.

Previous to Alex Oxlade-Chamberlain, Perrie was engaged to One Direction singer, Zayn Malik, but later called it quits, as Zayn Dumped her via text..