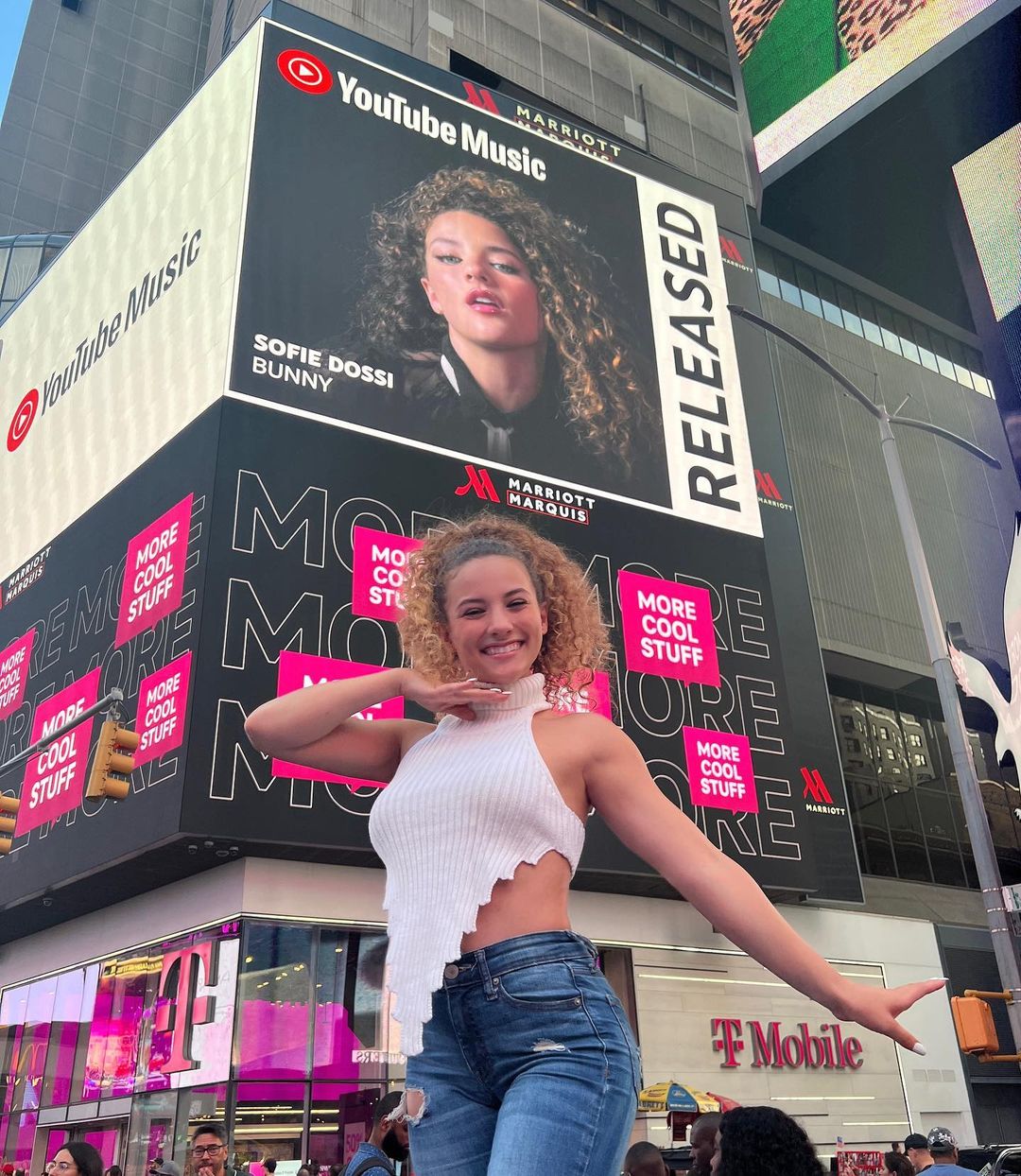 The famous Tik Tok and Instagram Influencer Sofie Dossi recently released her debut single “Bunny” on her YouTube channel. This song was all about a guy who broke her heart. In her recent interview with People, the 21-year-old influencer said that “she is sure that the guy knows that this song is about him.”

Sofi Dossi was first seen in the Season 11 of the world-famous show America’s Got Talent, where she performed the art form of contortion. After her appearance in AGT, she gained immense name and fame in the industry. Sofie has now entered the music industry and is all set to follow her passion.

Dossi, who has been homeschooled since she was a young child, has primarily been exposed to classical music up until the time she came on The Voice in her adolescence and heard Melanie Martinez sing. The young singer/songwriter is currently “extremely popular,” according to Dossi. “She was the first performer whose music I discovered wasn’t classical. Her voice simply captivated me, and I gradually began listening to more pop music and fell head over heels for it.”

In her interview, she opens up about the inspiration behind her song. She said, ” When I was performing my brand-new song for everyone at one of his friends’ homes, he just so happened to show up. When he first heard it, his face briefly turned white. He stayed away from me the rest of the night.”

As per the report, she further declares, “Music has always been my passion.” Since we were very little, both my brother (the music producer Zak Dossi) and I have played the piano. I used to rehearse the piano every day. Dossi, further coming back to her latest track, mentioned, “Bunny’ is definitely describing a guy, not an actual bunny. “Essentially, it’s about a heartbreak I experienced that truly wounded me. The song pretty much sums up all the feelings I experienced. I loved this person, but he hurt me so deeply that I wanted to kill him in my head more than I wanted to kill him in reality. I didn’t wish to think about him any longer.”

The California native’s heart and soul have now been completely consumed by this love, inspiring the release of her feisty debut track, “Bunny.” Dossi claims she intends to incorporate her continued passion for contortion into a live performance in order to bring those healing inclinations to the audience.

Dossi further refuses to say, “I’m glad.” She simply said, “Excellent people surround me. I prefer to keep my relationships and other information private. She concluded by saying, “But yes, I am quite joyful.”