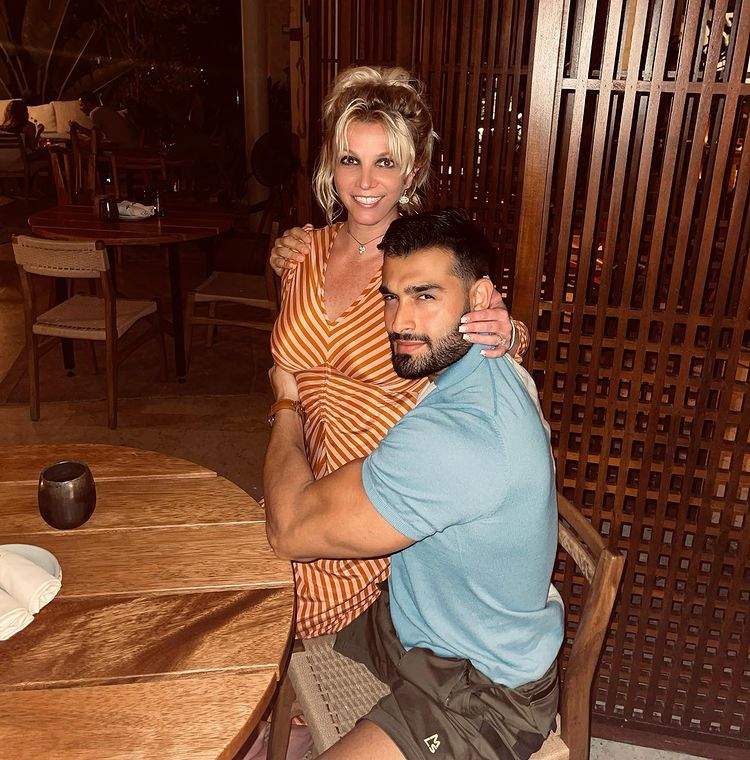 Britney Spears tied knots with her present boyfriend Sam Asghari at her home in the Thousand Oaks area of Los Angeles, USA.

The new beginning was celebrated with close family members and friends. According to sources, her ex-husband Kevin Federline and her two sons, Sean Preston and Jayden James, didn’t attend the wedding.

However, Mark Vincent Kaplan sent their message to Britney. He said –

“Kevin and the boys are really happy for Britney, and they wish Britney and Sam the best for their future moving forward.”

Britney wore a Donatella Versace Gown on her big day. She walked down the aisle while the song “Can’t Help Falling in Love” was being played in the background. Designer Donatella sent her best wishes to them. She told  –

“I wish them the best; they’re amazing together, I’m so happy for them.”

Later, Britney wrote about her looks and said that she had an emotional day and had no make-up on.

Sam Asghari is her third husband. First, she married her childhood lover Jason Alexander, but after 10 months, the pair decided to part ways.

Later she married Kevin Federline in 2004. The pair had kids named Sean and Jayden, who live with their dad. In 2010, she filed a divorce against him.

In 2016, Britney met Sam, and after dating for one year, they publically announced their relationship.

Moreover, it was also reported that her first husband, Kevin showed up at the wedding but not to wish her. Instead came intending to clash her wedding preparations.