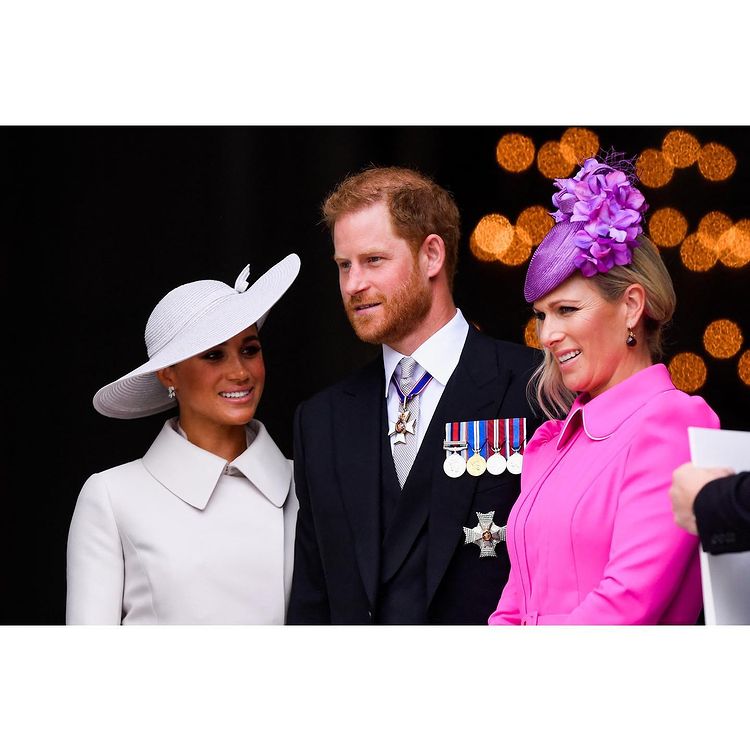 Though Prince Harry and his wife Meghan Markle didn’t attend the Platinum Jubilee celebration of Queen Elizabeth II, they showed up at the thanksgiving ceremony last Friday.

It was their first appearance after being excluded from the royal responsibilities. But there was something unusual about their arrival and the following event.

The royal watchers saw that the royal family kept their distance from the Duke and Duchess of Sussex. Moreover, Prince William and his wife, Kate Middleton, avoided eye contact with Prince Harry and Markle while arriving at their seats.

The royal brothers were united for the first time in two years.

Situation after the thanksgiving ceremony

Soon after the ceremony, the royal members headed to The Guidhall for the reception, except for Prince Harry and Meghan Markle. They skipped the platinum party too and celebrated their daughter Lilibet’s first birthday at Frogmore Cottage.

Meghan Markle is an American actor who married Prince Harry in May 2018. She gave birth to their first child Archie Harrison Mountbatten Windson, in 2019.

Soon after her marriage, Meghan felt that she had been treated differently by the Royal family. The situation got worse, and eventually, they left their royal responsibilities and moved to California in 2020.

In an interview with Oprah Winfrey, the couple shared their experience in the Royal palace after their marriage.

Meghan shared an instance where an unidentified royal member said how dark Archie’s skin might be before his birth. She had been isolated, and at one point, she started having suicidal thoughts.

In this instance, Buckingham Palace showed concern about the allegations of racism made by the couple and promised to address them soon.