The "beer chug" girl posted images of her outing as well. The video was quickly made available by the US Open.

by June Adams
in Viral
0 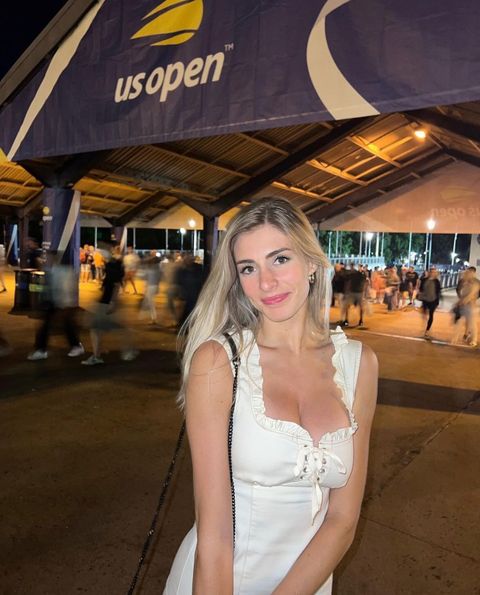 A US Open fan went viral the previous year when she downed a beer while holding it while an Arthur Ashe crowd erupted in jubilant support. The American woman who became famous on social media, Megan Lucky, reappeared a year later. She arrived with a second beer, which she quickly downed, much to the enjoyment of those in the room. On Friday night, they gave her a standing ovation.

The Court’s large screens broadcast the performance live. The US Open fan quickly seized the opportunity as the live TV cameras focused on her. She promptly snatched her partner’s beer and started drinking it. The US Open’s official Twitter account published the footage on Sunday after expressing concern about the event, writing, “It seems this is becoming a tradition at this point.”

After downing a beer at the US Open last year, an American called Megan Lucky went popular on social media. After making her second appearance at the US Open in New York in 2022, Lucky is raising an online storm.

In the USA, fans, and athletes frequently engage in conversation during interruptions in play. For instance, during halftime in the NBA, mascots often invite kids and adults to compete, hand out t-shirts, or zoom in on fans while they dance. The importance of audience participation cannot be overstated, and the sporting event itself is only one aspect of the fan’s entire experience.

Megan Lucky, the social media sensation which caused a stir by beer-guzzling at the US Open the previous year, is back now. At the 2022 US Open, the American woman surprised the crowd by downing a glass of beer once more. On Friday night, she was likewise given a standing ovation and once more went viral.

In a viral video that was published by the US Open on Sunday morning, Lucky downed the beer glass as the camera zoomed in on her. Along with a video of Megan Lucky’s chug, the US Open Tennis Twitter account stated, “It seems this is turning into a tradition at this point.” A collection of her work from 2022 and 2021 is shown in the viral video.

Social media users left several emoticons and comments on the post in awe of her beer-drinking skills. A user wrote that she deserves to receive complimentary tickets for at least five years. Please give her a medal, someone else said. She’ll make a good Beer commercial model, a different user commented.

After drinking a glass of beer in one sitting at the US Open in 2021, Lucky became an internet phenomenon. Lucky’s Instagram account has 35,800 followers.