Multi-Talented American Actor writing his story with his splendid piece of work. 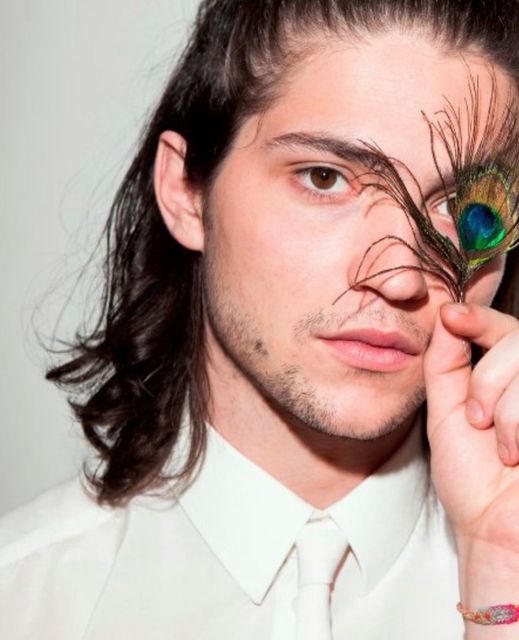 Thomas McDonell is a well-known American Actor and Director, popularly known for his character as Finn Collins on The CW post-apocalyptic series named, The 100. He is also known for his work in The Forbidden Kingdom, Prom, and Fun Size.

Thomas is also an Artist and a musician. He is entertaining the audience with his talents and skills. He is a joy to watch as the viewer over his Hollywood Career.

Let’s take a closer look at his Professional and Personal life!

His Family and Relationships

Thomas McDonell was born on 2 May 1986 in Manhattan, New York. His father, Terry McDonell, of Scottish and Swedish Descent, is the editor of Sports Illustrated, directing editorial content and operation. While his mother, Joanie, a Jewish Descent immigrant from Poland and Lithuania, is the Writer.

Thomas has a sibling named Nick McDonell, who is following in her mother’s footsteps and is also a writer. Nick has also worked as a Journalist, Novelist, Screenwriter, Researcher, and producer.

Years later, the marriage faces some issues at some point in their parent’s relationship. They sent Thomas and Nick to the maternal family for a while, away from their problems and hostile atmosphere.

McDonell is not open about his personal life in the media. He keeps his private life away from the limelight. Certain rumors state that he is currently dating Jane Levy.

We don’t know much about his educational background. We know that McDonell graduated from the University of New York, majoring in theatre.

Thomas McDonell also attended the Andover, Massachusetts, boarding school, where he was introduced to Acting. He enjoyed performing dramas and acting on the stage. He was an excellent student both in academics and Acting.

More of his educational details and information is unavailable and under review.

Thomas began his career with a Chinese-American fantasy Kung Fu Wuxia, The Forbidden Kingdom, starring Jackie Chan in 2008. It was commercially successful with $125 million. It was also the first film to cast Jackie Chan And Jet Li together.

Thomas McDonell worked in the National Geographic Biographical mini-series The Long Road Home. It depicts the story of an American Soldiers group who gets ambushed in the neighborhood in Baghdad, starring Michael Kelly, Kate Bosworth, and Jason Ritter. In the mini-series, he played Special Carl Wild, who can still vividly remember real-life events.

He also worked as a guest appearance in the series LA To Vegas and Suburgatory, which was short-lived. At the same time, he also briefly appeared in Good-Girl, a comedy-drama in the year 2018.

Later, he bagged the role of Finn Collins in the remarkable The CW series, The 100, a post Apocalyptic series, giving him the memorable part of his career in 2014-2015.

Apart from his acting career, Thomas McDonell also pursued his behind-the-camera skills as a Director with two short films: The Flying Carsons: Part 1- Hunter and Carfucker. Moreover, he is credited as a Composer for the short Good Luck In The Land Of Manana in 2018, which stars his girlfriend, Jane Levy.

In his music career, he is currently associated with the band ‘Moon’ as a Lead Singer and Guitarist. As a visual artist, he showcased his work internationally and curated various exhibitions. He organized The monochrome painting exhibition at the ArcLight Hollywood movie theatre Complex, a video Art Show at a Best Buy outlet in New York, and a Tunnel Exhibition at the Southwest Museum In Los Angeles.

He worked with his girlfriend Jane Levy in the series Zoey’s Extraordinary Playlist as a guest appearance. He also worked in two music videos, Your Surrender, and The Kiss.

Earlier, so much had happened during the COVID-19 pandemic and lockdown period; Thomas took a break from work in the Industry which is justified and understandable. But the actor will soon make a comeback with his upcoming drama comedy Simchas and Sorrows, making her fans glad to know. The release date is not yet confirmed, but it will probably be coming this 2022.

The Net Worth of Thomas McDonell is yet to be estimated and not disclosed. His primary source of income is through his Acting, music, painting, exhibitions, and other Artistic Skills.

Here are some of Thomas’ notable works in his career, which earned him much appreciation and love from the audiences.

His Popular Works in Television

His famous Works In Films

Thomas enjoyed playing Hockey and other sports in school. Later, he suffered a leg injury during his eighth class and had to give up playing sports. He is a fitness enthusiast and likes to maintain a healthy physical and mental lifestyle.

The actor loves to paint and perform on stage. He likes to travel in his leisure time.

Thomas is socially active on popular social media handles, such as Instagram and Twitter. He posts his pictures, updates, and videos which his fans gladly enjoy. People and fans can connect with him through his social media accounts.

Thomas McDonell is one of the renowned actors in the Industry. He earned a huge fan following in his career. He is best known for his memorable role as Finn Collins in The 100, a sci-fi drama.

For those who didn’t watch his popular Series, The 100, it’s not to miss it. It is available on Netflix with all the episodes and seasons. Do Watch it; it’s definitely worth watching.