A secret recipe for a Pink colored product. 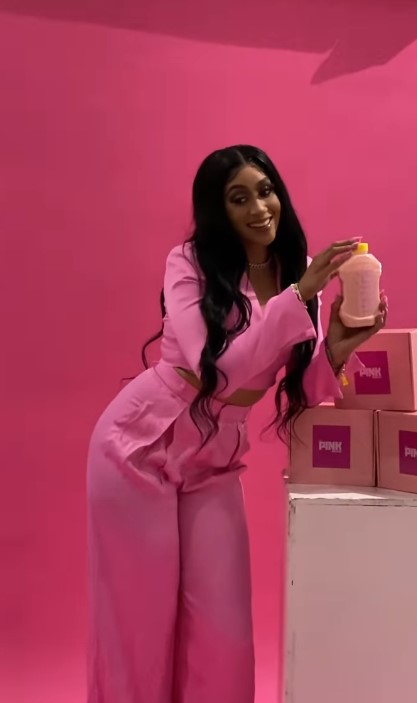 A Miami-based woman Carly Pii got viral because her product “Pink Sauce” got public attention. She is a tik-tok user with the name @chef.pii, posting daily videos related to her homemade food. She recently experimented with a new sauce in pink color made with some secret ingredients.

The Pink Sauce gets viral within a blink of an eye. People started ordering it, and within a short time span, the creator Pii reached from less than 1k to more than 80K followers. However, this recipe for Pink Sauce turned out to be a disaster at a later stage.

A series of tweets occurred about the pink sauce claiming to go down after trying the pink sauce. According to Pii, the sauce has its own taste, but it seems that she could not manage the product with a large number of orders. Some of the customers even find the product dangerous.

buying PINK sauce that has an unknown flavor and is being shipped in BAGS during summer heat is definitely a choice 😭 https://t.co/ADzp7K9cMF

One of the users on Twitter said that she does not find it worthy of spending $20 on a random product, and she is going to recreate the sauce herself with the ingredients mentioned on the bottle of Pink Sauce.

Saw mystery pink sauce was trending and it caught my attention. I’m not going to pay $20 for a mystery sauce BUT I am going to attempt to recreate it at home.

Let’s try it two ways. First the way it says it is via marketing & the second using their ingredient list. #PinkSauce pic.twitter.com/LeJ5evv7yn

After several attempts, the product started to seem similar to the original Pink Sauce. However, it was remarked as not bad but not that good.

It’s not bad but it’s not good. It’s kind of like a summer aioli sauce that’s heavy on the garlic & chili. Dragon fruit is more for the color than truly adding much depth.

I prefer fry sauce but to each their own! pic.twitter.com/VzmSbvQk6N

Some people found this pink sauce very fascinating, but for some, it was a real disaster. Although, no proof can assure that the pink sauce affects the public’s health.

After a while, she posted that the product is currently under lab testing and following the standard procedure of food packaging.