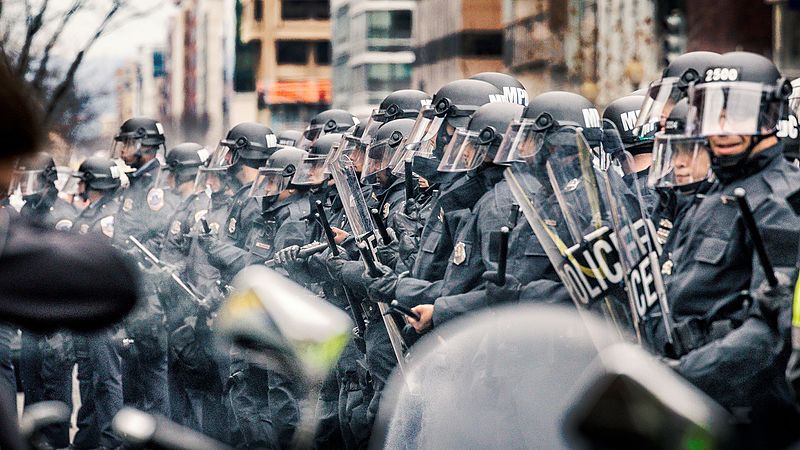 In Bolivia’s largest city, Santa Cruz, protestors have worsened the situation, and clashes with police are registered.

The opposition leader, Luis Fernando Camacho, was detained for four months in pre-trial detention on the charges of supporting terrorism.

Hundreds of protestors have accumulated on roads, pelting stones at the police force and setting vehicles on fire.

Previously, the protests were peaceful, and there was no sign of violence. But, as the day progressed, the situation escalated, leading to violent clashes between the protestors and the police.

The detention of Camacho has sparked outrage among his supporters and the opposition, who claim that the charges against him are baseless and politically motivated.

Camacho is a well-known political figure in Bolivia and has been a vocal critic of the government, often leading protests against former President Evo Morales and his policies.

The protests, which began as a response to Camacho’s detention, have now grown into a broader expression of discontent against the government and its handling of the situation.

Many people in Bolivia are frustrated with the government’s failure to address the country’s economic and social issues and believe that Camacho’s detention is just another example of the government’s attempts to silence dissent.

The situation in Santa Cruz and other cities across Bolivia has been tense for the past few days, with protesters blocking roads and causing disruptions to daily life.

The police have been trying to restore order, but the situation remains volatile and could potentially escalate further.

The government has condemned the violence and called for calm, but many people are skeptical of its intentions and believe that the government is not doing enough to address the people’s concerns.

The prosecutors have said that Camacho was involved in Bolivia’s political unrest during the 2019 election. This unrest, which was allegedly caused by Camacho, resulted in the removal of Evo Morales from the Presidential post.

Camacho was arrested when he denied appearing in court. Therefore, the prosecutors labeled him to be part of a 36-day-long strike against the government in Santa Cruz.

Furthermore, the international community has also expressed concern about the situation in Bolivia, with some countries calling for dialogue and a peaceful resolution to the crisis.

However, with tensions running high and no clear resolution in sight, it remains to be seen how the situation will play out.

For now, it is important for all parties to exercise restraint and work towards finding a peaceful and mutually acceptable solution to the crisis.

The people of Bolivia deserve to live in a country where their voices are heard, and their concerns are addressed. It is up to the government and the opposition to work together and find a way forward.

The United Nations chief has also expressed his concerns over the increasing political and social turmoil in the country.

First NFT Marketplace on Blockchain is Launched by SocialPayMe for Influencers, Brands, and Followers