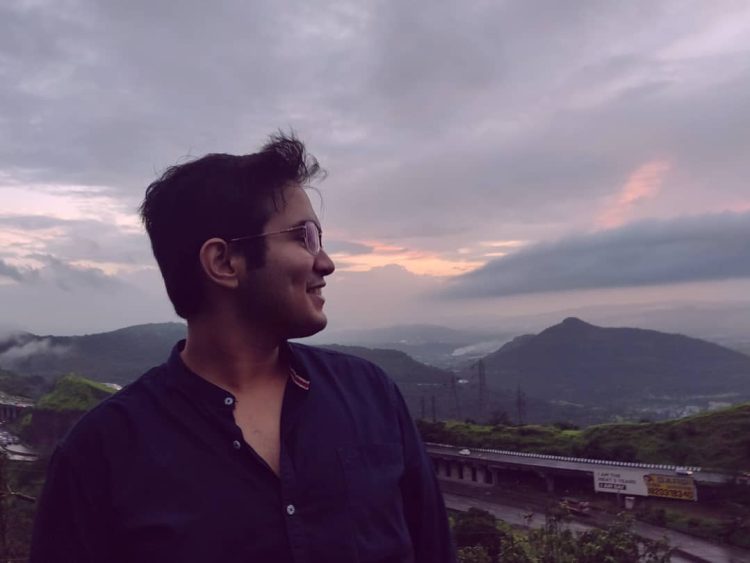 The early 2000s were simply beautiful. It was the time before the arrival of OTT platforms. Though smartphones were there, we didn’t use them for entertainment. They were just for staying in touch with people. This was the time when Akash Nair ruled our hearts.

TV was the only source of entertainment. It was the “idiot box” that used to bring us together. Having fights with the siblings about who will watch their show, the cricket match or Hannah Montana.

When we think of Disney channel, it’s not only Hannah Montana and The sweet life of Zack and Cody but also the Indian shows like Vicky & Vetaal, Maan Na Maan, Main Tera Mehman, Best of Luck Nikki that made our summer vacations sweet & enjoyable.

Today we will be discussing one of the most loved actors on Disney channel. It is none other than Akash Nair. This article includes his bio, career, first movie, family, and more, so keep reading.

Information that we are going to discuss in this article –

Akash Nair is a 21-year-old Indian actor. He was born in Mumbai and completed his schooling there only. Following his passion, he started his career pretty early, back in 2010.

Akash started his career directly on the bigger screen and gradually moved to TV shows. He is foody and likes Indian cuisine. Akash loves photography and the colors black & blue.

He is most popular for the character of Sunny Singh that he played in “Best of Luck Nikki,” a Disney channel show.

Akash Nair tried his luck in the acting industry at a very young age, and since then, he has been rocking the shows. Here are some of his most popular movies and TV shows.

Akash Nair started his career when he was probably 9/10 years old. He played the character of a child called Igloo in the movie “Bhoot & Friends.”

The movie is about a ghost who decides to help a band of boys in their journey to a search for treasures, and Igloo, aka Akash Nair, is a part of this band.

The movie portrays a wide range of adventures through their journey, which is very exciting & funny to both the adult and child audiences. Jackie Shroff played the character of the “ghost” in this movie.

The cast of Bhoot & Friends:

Ganesh Leela was a TV series based on the mythological stories about Lord Ganesha & his wonderful deeds. Akash Nair played the role of Lord Ganesha. His chubby and cute look went very well with the character of Lord Ganesha.

“Best of Luck Nikki” was one of the most successful projects in his career. This TV show created a huge fan following. People of different age groups loved and enjoyed the show.

The most catchy aspect of “Best of Luck Nikki” is that the entire show portrayed the little adventures of the Singh family. In the story, the elder sister of Nikki is recording a video, telling her the various events of their lives for her to watch when she’ll grow up.

The concept was really unique and caught the attention of the audience very quickly. Akash was playing the role of Nikki’s other brother. His character was full of drama and mischief.

He always used to put himself in trouble, and the entire motif was not to get caught and scolded by his parents. But as the seasons moved, we saw him growing up and becoming sensible enough to handle his responsibilities.

The show was created by Phil Baker & Drew Vaupen, adapting from “Good Luck Charlie.” It’s the American version of this show. The show started on 3rd April 2011 and lasted until 2016.

The cast of Best of Luck Nikki:

Akash Nair is a famous personality and has 18.7k followers on Instagram. Besides that, he also started his YouTube channel. Though he is an influencer, Akash has chosen to keep most of his life private.

The pictures that we can see on his Instagram feed are mostly photography, his friends, etc.

His Family & Net Worth

As we already told, Akash Nair hasn’t disclosed anything about his family or relationships. He seems to be a very private person, but when it comes to entertaining us, he never misses a beat.

Being an actor and influencer is not an easy job; as he started his career very early, Akash has been earning for quite a long time. As he didn’t share any details about his net worth, we can assume that it’s 20- 40 Lakh.

But we will always tell you not to believe in assumptions. We will update you as soon as we get any information about his family or net worth.

In Conclusion, we can say that Akash Nair grew up with the ’90s and early 2000s kids. We watched him; he entertained us. The characters he played would always be special to us and give us sweet memories. We are eager to see more of his work for sure.

If you liked this article and it has been of any help to you, visit USAPeriodical.com to read more inspiring stories.