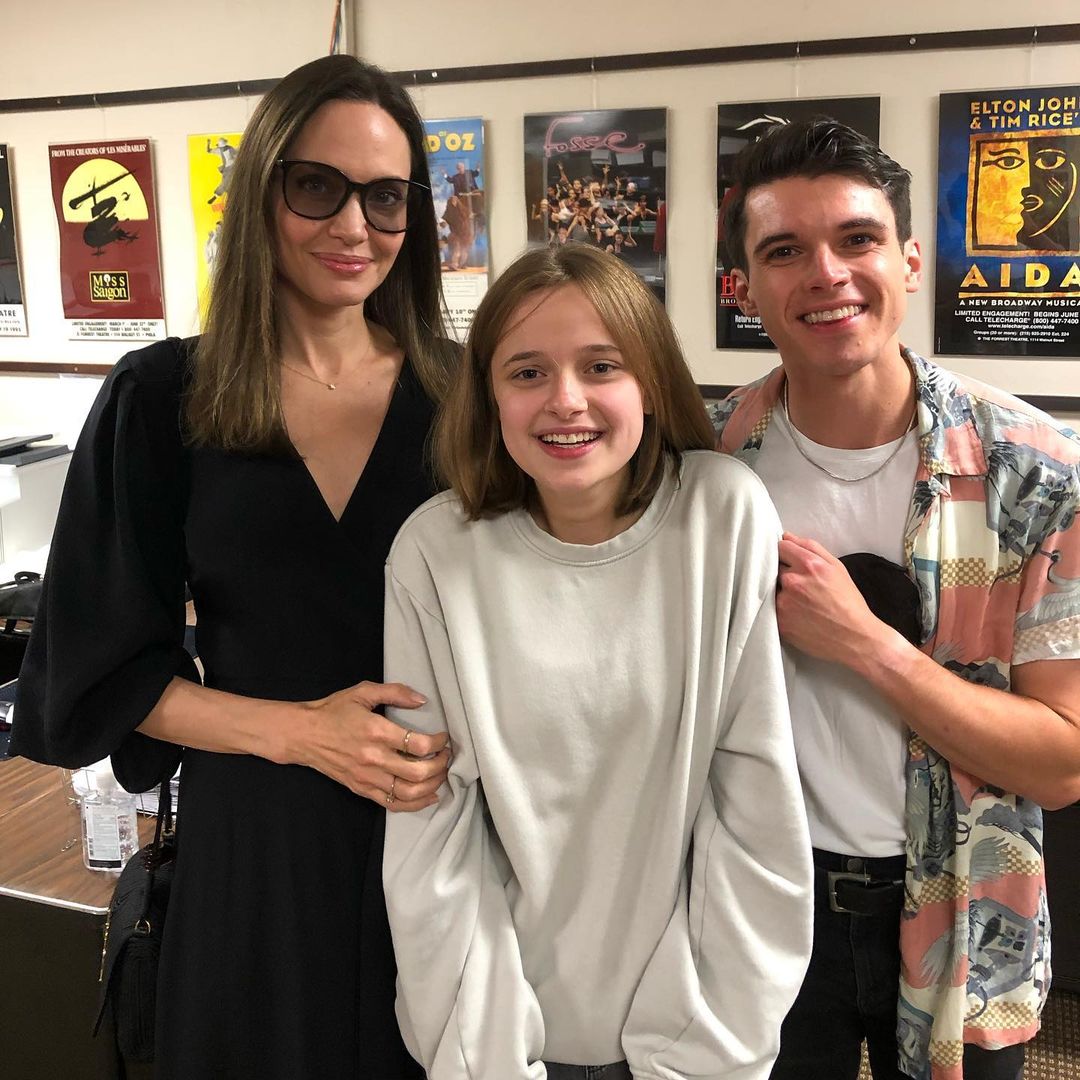 Angelina Jolie with her daughter Vivienne Jolie-Pitt recently came into focus when they attended a Theater performance of the artist Dear Evan Hansen in Philadelphia. The duo enjoyed the show and even enjoyed meeting the cast of this show.

In a recent post shared by the artist Dear Evan Hansen on his Instagram shows the mother-daughter duo clicking pictures with the cast of the show and having the best time together.

As per the report by People, this is the second time Angelina Jolie has taken her daughter to see the show of Dear Evan Hansen in Philadelphia. Earlier, they saw the show in Los Angeles, and her daughter Vivienne loved the performance so much that they went all the way to Philadelphia to see it again.

Angelina Jolie is a super talented actress and a wonderful mom, and she was never surprised with her appearance in the theater shows as an audience. Previously, she attended the Mansekin concert in Rome with her daughter Shiloh Nouvel last month. She also danced with her daughter Zahara when she got accepted to Spelman college last month.

Jolie has remained a supportive mother to all her kids with her ex-husband Brad Pitt. In a recent event with Vivienne, Angelina Jolie wore a black dress and posed with the other members of the show and her daughter Vivienne Jolie-Pitt. These days the actress has been seen spending most of the time with her kids. She was also spotted with her son Knoxx Leon last week in Los Angeles.

The Eternals star also spoke up last year on the Kindness Issue 2021, explaining how the kindness of the children has contributed to the healing. Angelina Jolie and Brad Pitt together have six kids, and she feels blessed and inspired by the kindness of each one of them. As per the report by People, Jolie said, “All her kids are great people, and they have an important effect on each other. She also said that she is very honest and human with her kids.