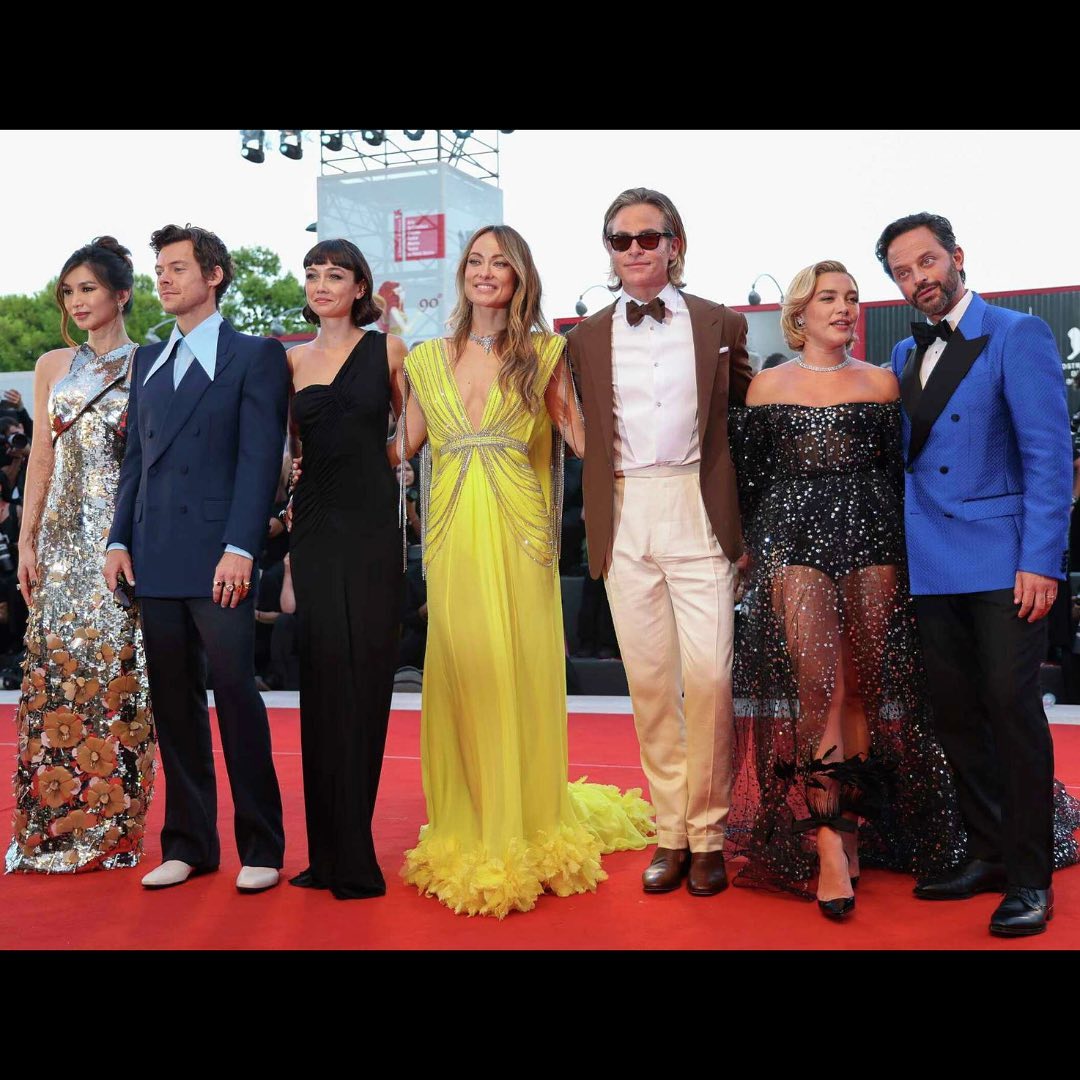 As recently reported by Deadline, Olivia Wilde’s “Don’t Worry Darling” received a 5-minute standing ovation at the world premiere for the film at the Venice Film Festival. The whole cast was welcomed heartily by the fans on the red carpet.

However, Florence Pugh reportedly turned away from Olivia Wilde at the premiere and instead faced and danced with co-star Nick Kroll. As per the report by Pinkvilla, all the eyes were on the actresses Florence Pugh and Olivia Wilde because of the ongoing rivalry between the two. As per the reports, both the actresses had a notable altercation on the set.

At the premiere of the Venice Film Festival 2022, Olivia Wilde and Florence Pugh maintained distance throughout the premiere of Don’t Worry Darling. These rumors were proved true by Pugh when she interacted warmly with everyone at the screening except Harry Styles and Olivia Wilde on the red carpet. Even at the time of screening, Gemma Chan and Chris Pine sat between the two.

When the film received a standing ovation, Florence Pugh danced with co-star Nick Kroll keeping a distance from the director of the film. As per the report, Pugh made her way to the exit right after three minutes of the standing ovation, due to which other members of the team had to follow the same.

The two were given the cold shoulder throughout the Venice Film Festival in 2022, which proves the rumored heated tension between these two super talented and great women. It was observed that the applause might have gone longer if Pugh didn’t make her way to the exit.

In fact, the absence of Florence Pugh during the press conference cleared the air in its own way. As reported by Deadline, Olivia addressed the media, stating, “Florence Pugh is a force, and she is grateful for her presence in the premiere.” Further asking for clarification, Wilde refused to feed the rumors explaining, “As for the never-ending tabloid rumors and the noise everywhere, the Internet feeds itself,” she said, “I do not need to contribute to the gossip as they are already fed adequately.” As for now, the movie “Don’t Worry Darling,” starring Florence Pugh and Harry Styles, will be released on September 23, 2022.