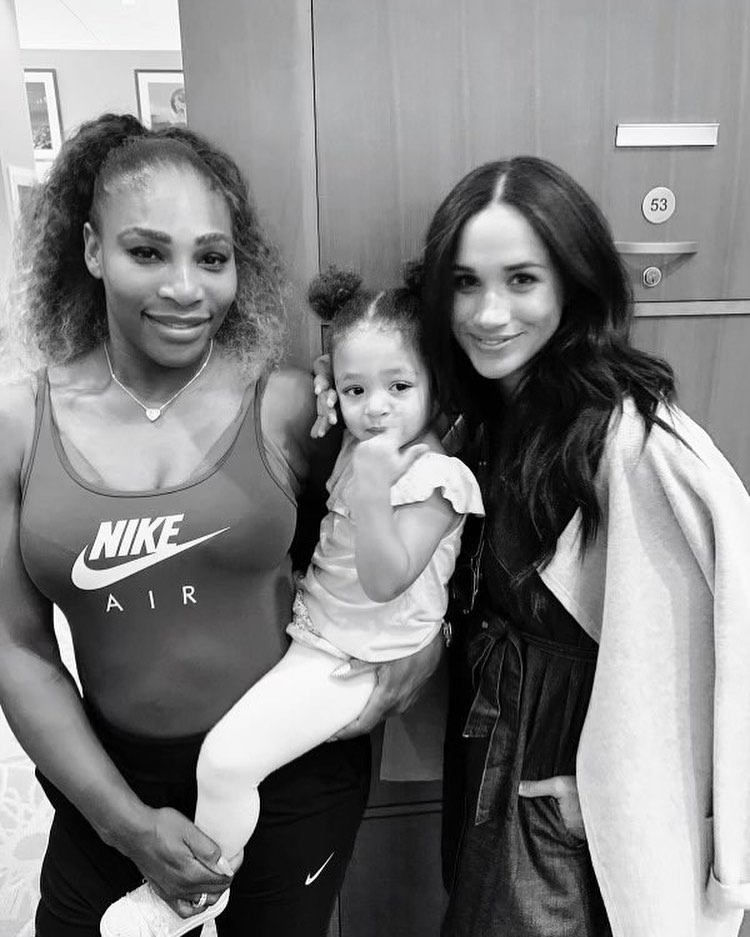 Serena Williams was Meghan Markle’s first guest on her podcast Archetypes, which she recently launched on Spotify. Serena Williams, one of Meghan Markle’s closest friends, appeared on the first episode of her new podcast Archetypes, which she launched on Spotify. Williams and Markle are known for their strong friendship, and Serena is also one of those famous people who attended Markle and Prince Harry’s royal wedding.

The two talked about the unfair expectations society places on women who pursue their aspirations in the podcast episode. Williams shared a photo of herself with the Duchess of Sussex on Instagram after she was featured on the show.

According to the report by The Hollywood Reporter, the two chatted for roughly an hour on the topic “The Misconception of Ambition,” where both of them spoke about the difficulty women face in their professional lives, and they still managed to take care of their family and children. Markle also discussed her personal experience of coping with criticism for being an ambitious woman in the first episode of the podcast “According to some, having ambition is a terrible, awful thing, especially for a woman. It’s quite hard for me to unfeel it now that I’ve encountered the negative behind it. In the millions of female who regularly make themselves smaller, so much smaller that I also can’t unsee it.”

After the podcast, Serena uploaded a black and white picture of herself, Markle, and Olympia, her 4-year-old daughter, to Instagram. The renowned tennis player posted, “I loved talking about so many important topics with my dear friend Meghan as her first guest on #archetypes for @spotify! It’s out now, and worth the listen, especially if you’re ambitious.”

The fans of the Tennis star and Duchess of Sussex liked the responses on the podcast very much and commented positively on the post. Some just showed love by sharing emoticons; one of the users commented that she had just finished listening to her podcast. I considered it fabulous and loved the questions and responses. Another user wrote that she loves and admires both of them.