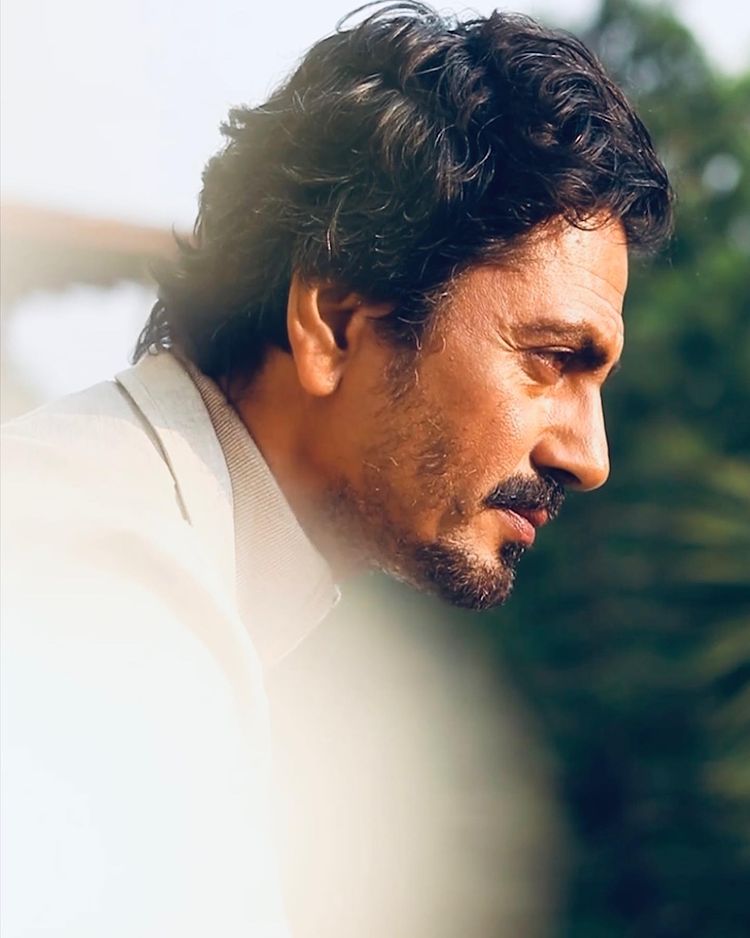 Nawazuddin Siddiqui is an Indian actor who is more popular for his negative roles. He is one of those actors who spent almost half of his life struggling to come into the limelight.

There were times when Nawazuddin didn’t have food to survive, but he didn’t leave his love for art and struggled until “Gangs of Wasseypur” turned his life around.

Nawaz belonged to a family who never thought of pursuing acting or arts as a career. But he was always interested in acting. Therefore he went to the National School of Drama, New Delhi, to make his dream come true.

Speaking more about his career, his mother was his greatest inspiration. In an interview, he shared an event with his mother.

His mother once told him to stay calm, giving the example of garbage. She said that if the place of garbage can change, you are still a human being, yours will too.

That statement touched Nawaz’s heart. Since then, he held his patience. And now he is ruling people’s hearts with his simply stunning acting.

In this article, we will discuss some of the most interesting facts about Nawazuddin Siddiqui’s early life, career, and a lot more. So, keep reading!

Nawazuddin Siddiqui was born on 19th May 1974 in Budhha, Muzaffarnagar, Uttar Pradesh. He grew up with his 8 siblings. His brother Shamas Nawab Siddiqui is a film director.

Moreover, his sister Syama Tamshi Siddiqui died at the age of 26 while fighting against breast cancer.

He had a keen interest in acting from the very beginning. Therefore he moved to Delhi and joined the “National School of Drama.” But his struggle didn’t end here. Rather, it was just the start.

Nawaz struggled for a long time until he gained fame. At first, he thought of starting his career through TV shows, but he was getting rejected even from the smallest project.

Throughout his acting career, he had relationships that didn’t work out. Finally, he married Anjali Kishor Pandey. They have a son named Yaani and a daughter named Shora.

Refer to the table to get more information about Siddiqui –

After completing his studies at the National School of Drama, he shifted to Mumbai to try his luck.

Nawazuddin started his career by playing a short role in the movie “Sarfarosh.” Later he did some more minor roles in movies like Ram Gopal Verma’s “Shool,” “Jungle,” and Rajkumar Hirani’s “Munnabhai MBBS.”

He appeared in a short film in 2003 with Irfan Khan.

Before coming into fame, Nawaz had a tough time and was barely able to manage meals. For some time, he was completely unemployed and struggled to pay his rent.

He then contacted his senior from the National School of Drama, who let him stay in his place. In return, Nawaz had to cook for him.

Time changed, and he started to be recognized. His performance in “Gangs of Wasseypur” gathered huge applause, and Nawaz became a star overnight.

He is currently 48 years old and still entertaining us with his versatile character. Nawaz is one of those actors who nailed even their most minor roles and gave a whole new meaning to a film. The biggest example is the movie “Lunchbox.”

He is also working on some international projects.

Here are some of his movies –

Besides that, he also nailed the OTT platform with the series “Sacred Games.” His outstanding performances were appreciated a lot and made him win multiple awards.

Nawaz as a person

Nawazuddin Siddiqui as a person is just like his audience. He is always humble and has a kind approach which makes him loved by thousands of people. Even though he has become a star now, he still goes back to his house in Uttar Pradesh and does farming.

He also teaches other farmers about the techniques of farming which can make them earn more.

Though there are certain controversies about him, his audience seems to be least bothered about them. Nawaz has created such a special place in people’s hearts through his acting that can’t be damaged by some controversy.

Nawazuddin Siddiqui’s net worth is estimated between 1-5 million dollars. Looking at his success, we must say that his net worth will be more in the upcoming years.

But the net worth of celebrities always fluctuates, depending on their performance, current position in the industry, and size of the project. So, it is very important to compare the facts and look for recent research-based data.

This is it from our side. We hope this article served you well and provided you with all the interesting facts about his life that you were looking for.

Apologies for the details that we could not find, but we assure you that they’ll be updated soon.

Until then, keep reading other articles on various celebrities like Pankaj Tripathi and share your valuable feedback.

20 Best Fun Things To Do In Richmond VA