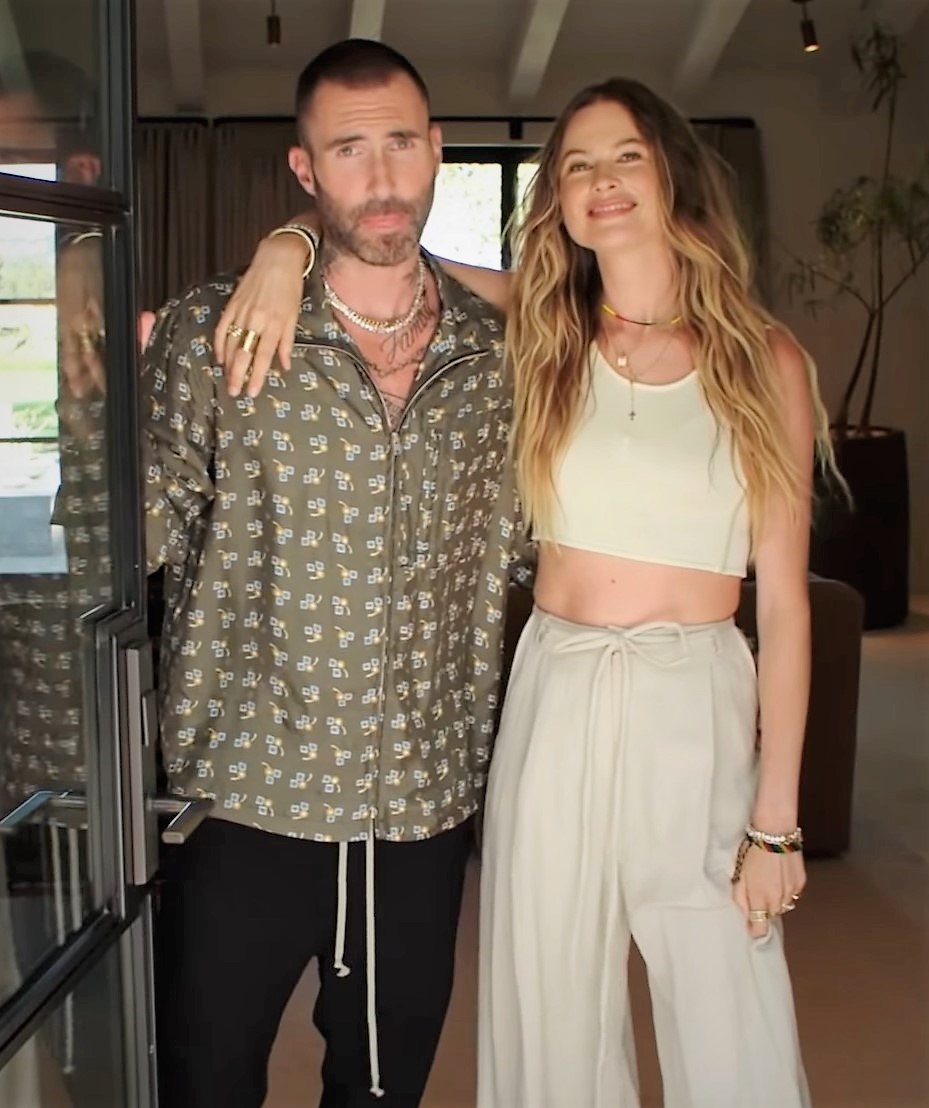 Adam Levine is trying his level best to fix the damage he has done. Currently, he is taking all the imperative steps to fix his marriage with Behati Prinsloo. There have been claims that the Maroon 5 singer has cheated on his wife, explains a report.

Levine who is 45 years old finally broke the silence after a social media model named Sumner Stroh accused him of having a long extramarital affair.

“A lot is being said about me right now and I want to clear the air. I used poor judgment in speaking with anyone other than my wife in ANY kind of flirtatious manner,” the singer wrote on his Instagram Story. “I did not have an affair, nevertheless, I crossed the line during a regrettable period in my life.”

Adam Levine said I was really startled”. The video where he said this statement went viral on a number of social media platforms in no time. He also adds, “there were times when things became inappropriate. However, I am now working towards my relationship with Behati and am ready to fix the damage done.

“My wife and my family is all I care about in this world,” he added to the report. “To be this naive and stupid enough to risk the only thing that truly matters to me was the greatest mistake I could ever make. I will never make it again. I take full responsibility. We will get through it. And we will get through it together.”

The above statement of Adam Levine came out right after Prinsloo confirmed that they are soon going to be parents again. Behati Prinsloo who is a prominent Victoria’s Secret model lately shared a picture that depicts her baby bump.

Adam Levine and Behati Prinsloo got married to each other in the year 2014. Currently, they are parents to Dustry Rose who is five years old. In addition to this, they also have a child named Grace who is four years old.

Recently, Sumner Stroh spoke about her affair with Adam Levine. “I was having an affair with a man who’s married to Victoria’s Secret model. At the time, I was young, I was naive, and I mean, quite frankly, I feel exploited,” she said. However, Stroh did not take any name but she ended up uploading screenshots of flirty messages that were obtained by her from Levine.

One of the screenshots that were shared by Stroh said ‘”Ok serious question. I’m having another baby and if it’s (a) boy I really wanna name it Sumner. You ok with that? DEAD serious.”

After some time, Stroh again shared a video where she was explaining that any of her steps is not taken to gain sympathy.

Well, time will tell if Adam Levine will be able to fix the damage he has done.

Do you want to read news related to the entertainment industry? Feel free to explore USA Periodical where you can find news.