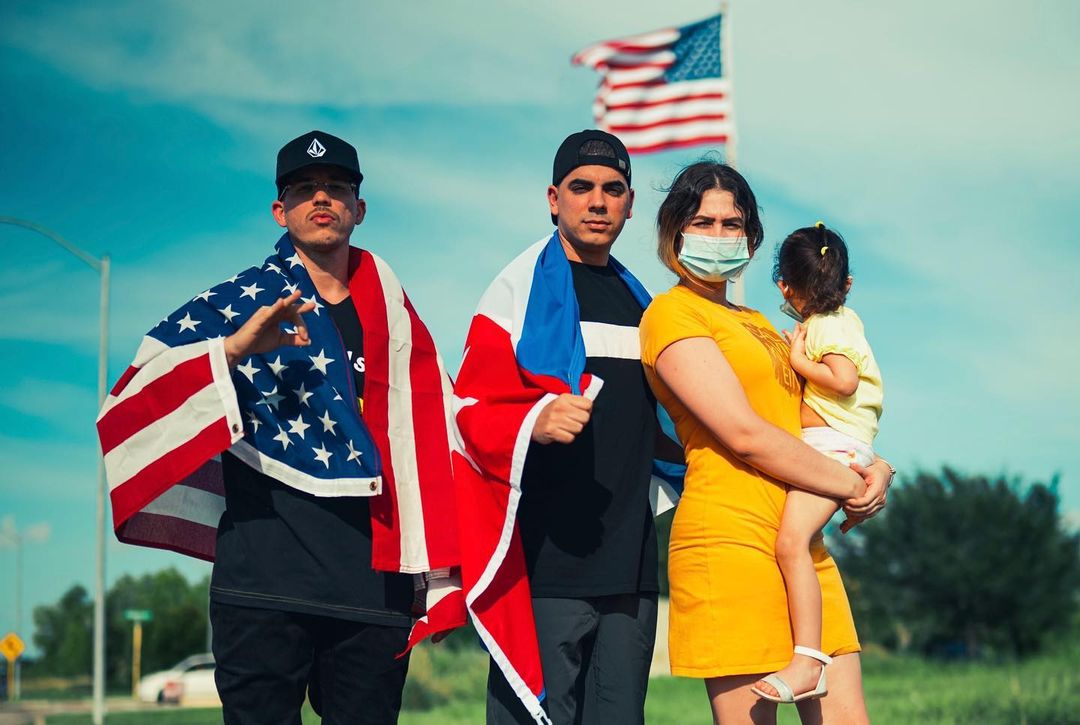 Alain Lambert Sánchez, also known online as Paparazzi Cubano, recently traveled to the U.S. with his family. The influencer shared an Instagram post recently with his family. He captioned the post in Spanish, mainly stating, “We are officially in the United States and thanking this great country for welcoming.”

This Cuban influencer, with his wife and their 3-year-old daughter, undertook the dangerous sea journey via Central America. Lambert entered the United States through Mexico, and he also recorded his journey using his cellphone.

According to a report by nbcmiami.com, Alain Lambert mentioned that after unsuccessful attempts to get to Miami using a number of legal means, we were forced to resort to crossing the border, just like hundreds of Cubans are doing right now, In order to find freedom and protection.

Since October of this year, almost 157,000 Cubans have been encountered by agents, according to U.S. Customs and Border Protection.

As per the report by L.A. News, Alain Paparazzi also declared that he would be present at the gathering spot for all Cubans in the city, Miami’s Renowned Versatile bar-restaurant, on Tuesday at 5:00 p.m.

Alain also posted a family photo of himself holding a Cuban flag alongside his wife, little daughter, and brother, who is holding a flag of the United States. Earlier, Alain Paparazzi departed Cuba in December 2020 for Panama, where he applied for political asylum in August 2021.

At that time, he declared that the Panamanian government had made him stop criticizing the Cuban government for a period of six months in order to grant him shelter. The YouTuber stopped live streaming on his digital platforms after that and instead restricted himself to writing complaints.

He had been caged in and forbidden from leaving his home by Cuban police agents a month before he left the island because he had revealed the state of the nation. State Security had been harassing him more frequently as well, and after being forewarned, they shut down his program.

After reaching the United States, Alain Lambert Paparazzi shared his happiness with his fans by posting on Twitter and Instagram. His fans showed support through comments. One of his fans welcomed them to the United States, commenting, “Welcome to the free country.” Other fans commented, “Now no one can mute your voice,” “Welcome Alain and family,” “Congratulations,” and “Much success.”