This adorable one year old has our heart!

by Neely Jenkins
in Miscellaneous
0 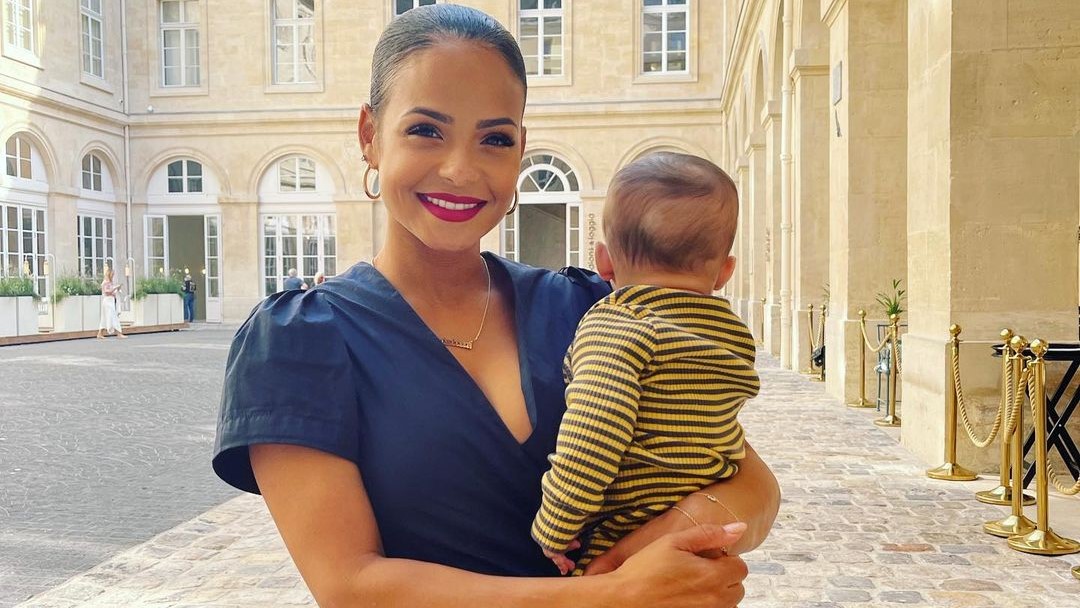 Kenna Tota is the adorable son of two multi-talented personalities, Christina Milian and Matt Pokora. Both celebrities have established themselves in their respective careers. While Christina holds American nationality, Matt is French.

Kenna is being raised by two influential people, and we believe he will also become famous, just like his parents. Let’s read more about him!

About the Celebrity Kid

Kenna Tota is a celebrity kid. He was born to an Afro-Cuban mother who is a successful American singer and a French father. His name has an American origin and it loosely translates to beautiful.

Moreover, he was born in April 2022, just a year after the birth of his elder brother.

Yes, Kenna’s parents are trendy! They are none other than the gorgeous Christina Milian and the handsome Matt Pokora. His parents belong to the music industry and have significantly impacted their respective careers.

Christina Milian is a Latina; however, many people get confused due to her brown skin tone. The singer-songwriter has revealed that she also has African ancestry, which adds to her dusky color. Nevertheless, Milian is wonderful and full of enthusiasm.

Talking about Tota’s father, his real name is Matthieu Tota. However, his stage name is most widely known as Matt Pokora or M. Pokora. He once revealed that his stage name comes from a Polish word that means humility.

Matt belongs to France, and his father was the famous footballer André Tota. Moreover, his parents divorced when he was just thirteen, which shaped a lot of his early life.

Now that we are aware of Tota’s background let’s look at his parents’ staggering careers.

First off, let’s talk about Kenna Tota’s mother, Christina Milian. As discussed before, Christina is part African and part Cuban. However, she was born in New Jersey on September 26, 1981.

Soon after her birth, Milian, along with her parents, moved to Maryland, where she lived for the majority of her life. Moreover, she began to show interest in performing arts at the tender age of four.

Christina’s mother wanted her to achieve the highest level of success and thus shifted to Los Angeles along with her daughter. While Christina’s sister accompanied them, her father divorced her mother shortly after the move.

Initially, Christina wanted to become an actress; however, she started making music with Rodney Jerkins, who was also behind the success of famous musician Big Bert.

After signing a contract with Murder Inc. Records, Christina released her debut album, which included bangers like AM to PM and When You Look At Me. It gained her a lot of attention, and soon after When You Look At Me charted in the Top 40 of the U.S. Billboard Hot 100.

Moreover, the songs also marked their presence in the U.K. Singles Chart.

Christina’s second studio album was again a major success with singles like Dip It Low, which peaked at five on the U.S. Billboard chart.

After the release of Milian’s third album, So Amazin’, she left Island Records and joined Interscope Records. However, her stint with the former was also short-lived, and Milian signed to Young Money Entertainment, who will be producing her fourth album.

Matt Pokora was born on September 26, 1985. As a kid, Matt wanted to be a football player just like his father. However, he started growing fonder of music. Moreover, he was a part of a French band Mic Unity.

In 2003, Tota’s father, Matt, participated in Popstars. Through this show, Matt and three more singers formed a boy band called LinkUp. While it did pretty well initially, Matt and the rest of the band members went on to pursue a solo careers.

Matt Pokora’s solo career has been nothing short of magic. He has seven hit albums, all of which have topped local as well as global music charts.

Apart from that, Matt has also appeared in a lead role in Robin des Bois, a famous French musical. Besides, he actively supports charity causes, especially HIV/AIDS.

Matt Pokora has had a vivid singing/acting career. However, that’s not what separates him from his peers. Well, Pokora has ten tattoos on his body; all of them are close to his heart. These include “Ambition” in Chinese on his lower back, “Only God Can Judge Me” on his right arm, and his stage name “POKORA” again on his right arm.

Did you guys notice that Christina Milian and Matt Pokora shared the exact birthdate? Christina said it was one of the many reasons she knew that Matt was her soulmate.

Christina and Matt started dating in August 2017. Their love for each other was quite evident when both parties started sharing each other’s Love-Dovey pictures. In 2019, the couple announced that Christina was pregnant with Matt’s child; she gave birth to a baby boy in 2020. His name is Isaiah Tota.

A year later, Christina and Matt welcomed another baby, Kenna, who was just a year younger than his brother. Besides, it is reported that the couple got married before the birth of their second child.

As discussed earlier, Kenna Tota was born in April 2021. Therefore, he is one year old today. His parents’ celebrated quite a lowkey birthday, inviting just very close friends and family.

Besides, Christina and Matt shared his pictures on their respective Instagram handles to show their love and affection for their little boy.

How Many Siblings Does the little Kid Have?

Kenna Tota has one older brother, Isaiah Tota. He also has a step-sister born on February 26, 2010, from Christina’s previous relationship. Her name is Violet Madison.

Violet loves her two brothers to the core and is often seen cradling them in her arms.

Where Does Kenna Live?

During the first few years of their relationship, Matt and Christina were madly in love despite the distance between them. However, their connection could not keep them apart for long, and they started visiting each other.

Kenna and his family are now settled in Los Angeles, California. However, his parents often divide their time between L.A. and France, which is his father’s home country.

Kenna’s parents have not revealed his and his brother Isaiah’s faces. In fact, in a post shared by Christina on her social media, she talked about how the singer and her husband want their boys to have a normal childhood filled with utmost privacy.

The couple often uses emojis to hide their sons’ faces or crops them out.

On the other hand, Christina’s daughter Violet has a verified account on Instagram, which is managed by her mother.

Kenna Tota is the light of his parent’s lives. He doesn’t only have a doting mother and father, but he also has two older siblings – a brother and a half-sister. Even though we are yet to see the face of this adorable little boy, we are sure that he shares some of the most beautiful genes of his parents.