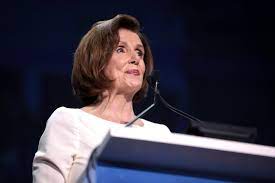 Venture capitalists in technology are anxiously awaiting news of whether U.S. House Speaker Nancy Pelosi’s scheduled historic visit to Taiwan will take place and whether it will elicit a statement from China.

The short visit serves as an illustration of the big threat that Taiwan poses to the U.S. technology industry, despite the near-term result being much scarier. Taiwan produces the majority of the world’s cutting-edge semiconductors.

The Wall Street Journal reported on Monday that Pelosi intended to travel to Taiwan and speak with representatives there. Newt Gingrich made his last trip to Taiwan in 1997. The idea has not pleased China. If Pelosi travels to Taiwan, which it sees as a province that should split away, the Communist leadership has promised to retaliate.

Investors must take into account the geopolitical environment’s inherent unpredictability while evaluating the scenario. Things that seem unlikely one day could actually occur the next. According to Ray Dalio, the founder of Bridgewater, there is a 30% possibility that the United States and China would go to war in the foreseeable future. The most likely cause of the tensions, he claimed, is Taiwan.

Given how disastrous a battle between China and the United States would’ve been, such a possibility merits strong thought. It’s difficult to overestimate Taiwan’s significance to the United States and the worldwide digital environment, even though potential human casualties are the main concern. Taiwan produces the majority of the cutting-edge semiconductors needed for corporate computing and military defense systems. According to research from the Semiconductor Industry Association and the Boston Consulting Group published last year, Taiwan produces more than 90% of the most sophisticated chips in the world, with South Korea accounting for the remaining 8%.