Do you even know the reason why you hate them?

by Harry King
in Blog
0 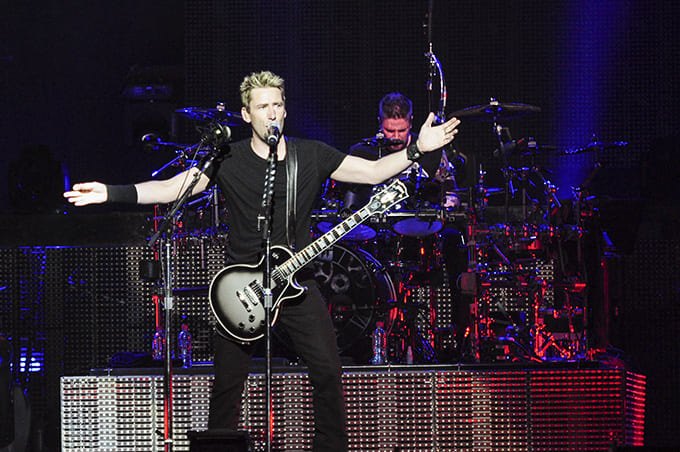 When did it become a trend to hate Nickelback? Most of all ‘Why do people hate Nickelback?’ During this article, we will dive deep into why one of the most popular bands of all time is being hated on the internet. We will try to cover everything that leads toward the hatred for the band.

The Internet is a hoax

The Internet can be used in many ways to let someone down and to share someone’s talent. In the current era of the internet, it has become a trend to hate Nickelback and people do not even know what they are doing.

Most of the people who hate Nickelback do not even know why they are doing that, it is almost like if you hate the band (even if you have never listened to them) you are a cool person.

If two strangers meet on the internet, and they somehow talk about Nickelback, they are bound to hate the band, and they get comfortable. Using hatred towards someone to build a relationship with someone else, like that’s gonna work out!

In this era of memes, it is very easy to call out someone and still be safe, because hey it was just a joke. But, it hampers the reputation of anyone who has given his life to a particular cause or art form. Kids these days do not even listen to pure metal and grunge music but hey, when it comes to hating Nickelback, they know exactly what they have to say. Memers have created this trend of hating Nickelback up to some extent but this is not the only reason why people hate Nickelback.

Nickelback – The Most Hated Band of all time!

“Never made it as a wise man, I couldn’t cut it as a poor man stealing, Tired of living like a blind man, I’m sick of sight without a sense of feeling”. You are a real metal fan if you know these lyrics, let us tell you more about the band.

Nickelback is the second most selling band next to The Beatles. Their success does not stop here, they are the biggest selling foreign act from the 2000s. Their lead singer Chad Kroeger has a very distinctive and distorted voice which is considered the best type of voice in metal music.

The voice has to be loud and raw, and this was the whole point of the band. Rawness was the signature of the band, they were a group of men who are rough and tough, drank a lot of alcohol, and made good metal and rock music.

Throughout their career, they have sold a total of 50 million copies. If people never liked the band, why would the statistics lie, and who would have bought their CDs. In the early 2000s, Chad Kroeger’s voice and the band’s composition were ruling the radios, Malls, and even the elevators, the band was practically everywhere.

If we speak about the statistics of the band, With four albums ranking in the list of Billboard’s top album of the decade, Nickelback secured the 7th position on Billboard Top Artist of the Decade list.

A wrong deal turned out to be fatal

Music isn’t just music anymore, it is more of a business. Artists need to get this into their heads that sounding good is not enough, and Nickelback messed up this aspect of music.

They landed a record deal with Roadrunner records in 1999, which started this hatred trend on the internet. The rest is just history, everything went south after this deal. They were the best entertainers at that time.

The same thing happened with Nickelback, they had a natural Metal-type texture and when they released music from Roadrunner records, they just messed the band up.

If you were to eat burgers for the rest of your life even if it was your favorite food, you will get bored in a week or so. And if you have to listen to a band, that is making the same type of songs, again and again, you will get frustrated. But this does not answer the question ‘Why do people hate Nickelback?’

Nickelback members refused to evolve, and it turned out to be their biggest mistake. Versatility is a must for any artist, singer, or composer.

Nickelback members always that this stubborn image that they will not change the type of music they are making. This was good up to some extent, but when they got famous, naturally, their fan expected more from the band.

Versatility should not be confused with a lack of realism in a band or an artist. It is more of a ‘keep evolving’ thing. Nickelback members always had an arrogant attitude towards everyone, bands you know! They kept on writing and composing on a single repetitive pattern which was ‘Hook-Verse-Hook’ and the audience got bored, people you know.

Is Nickelback still together?

The answer is YES, they are still together although, they are constantly facing hatred. Nickelback is one of the most hated bands in the world, yet it is courageous enough for the band to be still doing live shows.

2022 is the time for Rappers and RnB artists and let’s be honest about it. Bands are outdated these days, but still, Nickelback’s fans are dying to watch them do live shows.

Their most popular songs are “How You Remind Me,” “Photograph,” and “Gotta Be Somebody!” It is really unfortunate that a band is hated, even if all the music they were putting on was for their fans only. To sum it up, If you do not like someone or something, does not mean that you should start hating them. We hope this answers the question ‘Why do people hate Nickelback’?