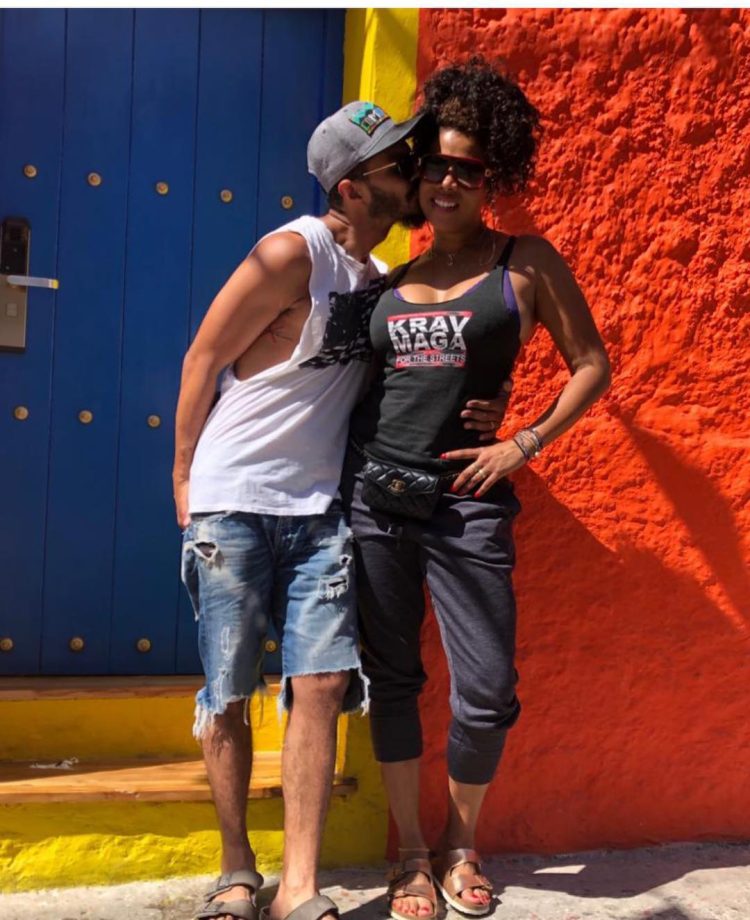 Kelis’ husband, Mike Mora, passed away today after a battle with stage 4 stomach cancer. He was 37. Kelis’ management team confirmed the sad news in a statement to the media. Her husband was a great person. Before his death the photographer documented his battle with stomach cancer, noting he wanted “to help those that might be experiencing something like this.”

“Sadly, it’s true that Mike Mora has passed away. We would ask all to respect Kelis and her family’s privacy as of right now. Thank you,” Steve Satterhwaite, of Red Light Management, told the media.

Mike Mora, who married Kelis 8 years ago, is dead after a battle with stomach cancer. Mike and Kelis had secretly tied the knot back in 2014 and had 2 children together- a 6-year-old son, Shepherd, and 1-year old daughter, Galilee. In January 2020, the couple along with their children moved away from L.A. They had plans to build a home, and live on a farm outside the city. But, shortly after the move, Mike began experiencing “the worst pain” in his stomach. He revealed his stage 4 cancer diagnosis back in September, saying, “I thought the whole time that I just had an ulcer. With no idea what was about to come my way.”

Mike told his followers his symptoms started one year ago before he had been diagnosed with gastric adenocarcinoma and said doctors had given him only 18 months to live. In another post, he said, “Not because of a selfish reason. not because I want people to feel bad or sorry for me and my family. I am posting this because life is full of the most unexpected situations. I never thought this could happen to me. At just 36, with 3 kiddos, and a wife that loves me. I want to be able to help those that might experience something, maybe, hopefully. By showing that it’s possible to make it through.” Furthermore, he said “I was told people with my disease, in this phase, didn’t make it past 18 months,” stated at the time. “It’s been exactly 12.”

Mike was 37 when he passed. Fans are keeping Kelis in their thoughts following the death of her husband Mike Mora. Several friends of Mora and Kelis shared tributes to the late photographer, including Evan Ross. Ross took to Instagram Monday to share a black-and-white portrait of Mora, writing, “We lost a brother Yesterday. We will truly miss you, Mike. Thinking of some of the great times we all spent together.”
ADVERTISEMENT
ADVERTISEMENT
Previous Post